LAS VEGAS — Religion journalists from around the world, including Bobby Ross Jr. of The Christian Chronicle, were honored at the Religion News Association’s 70th annual awards banquet this past weekend.

Ross, who serves as the Chronicle’s editor-in-chief, received third place for reporting at magazines and non-daily newspapers.

Congrats to the winners of the #RNA2019 award for excellence in magazine/non-daily news religion reporting:

Ross was recognized for a portfolio of stories that included an Arkansas church’s response to a police shooting, the legacy of Marshall Keeble’s “boy preachers” and a disaster relief truck driver’s all-night journey from Tennessee to hurricane-battered Florida.

My #RNA2019 roommate, Chaplain Norris Burkes, and I both won third-place awards in the Religion News Association annual awards in Las Vegas. pic.twitter.com/ZvDoK13z3e 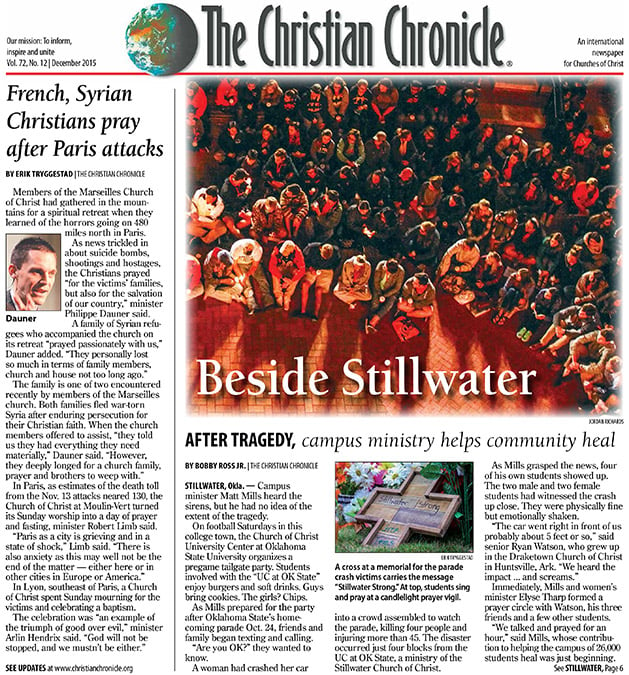 For the second year in a row, The Christian Chronicle earned…