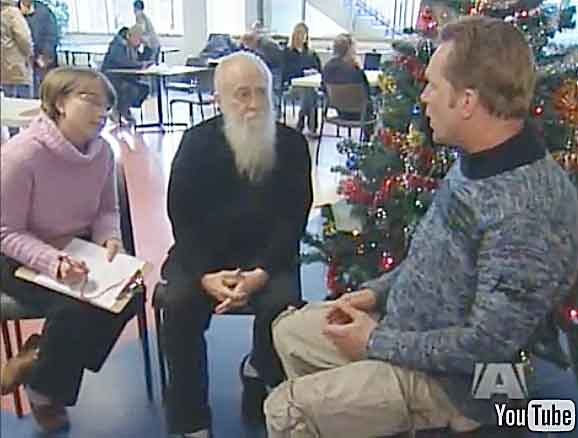 A report from ‘A’ News Vancouver Island in Canada highlights the work of the church-supported ministry Homelesspartners.com.
In this video, church member Daniel Keeran talks about using Christmastime to honor “the most famous homeless person who ever lived.”

One unique aspect of the ministry is that volunteers interview homeless people and get their Christmas “wish list” instead of just donating items to shelters — not knowing if the homeless want them or not.
Daniel and his wife, Jennie, have launched Homeless Partners programs in Vancouver and Calgary. Here’s a news story from 2007 about the ministry.
Later that year, Jennie wrote a Views piece detailing how they got the ministry off the ground — and how other churches can start similar programs:

The project requires no financial commitment. Everything can be done with short-term, volunteer labor. The wish list project can enhance any existing project, including coat or toy drives. Adding the power of personal stories can increase people’s interest.

Monique Cummings and Daniel Keeran of Homelesspartners.com interview a homeless man in Vancouver. (Photo via www.atv.ca/victoria)

Jesus said, “Let your light shine before men, that they may see your good deeds and praise your father in heaven.” This is what happened in Vancouver and Calgary. Christians let their light shine for the whole community to see the result of God’s love and grace.
Some of the homeless who had been on the street for decades changed their hardened, weathered expressions into ones of beaming children on Christmas morning when they read their name on.gif?Action=thumbnail&Width=460&algorithm=proportionalts and received cards created just for them. One woman said, “The most encouraging thing is knowing that people care. I find it really encouraging that total strangers could care so much about someone they don’t even know.”

The ministry’s website lists programs in several Canadian and U.S. cities — including Dallas, Las Vegas and Las Angeles.
For more information, see homelesspartners.com or the website of the Shelbourne Street Church of Christ in Victoria, British Columbia.