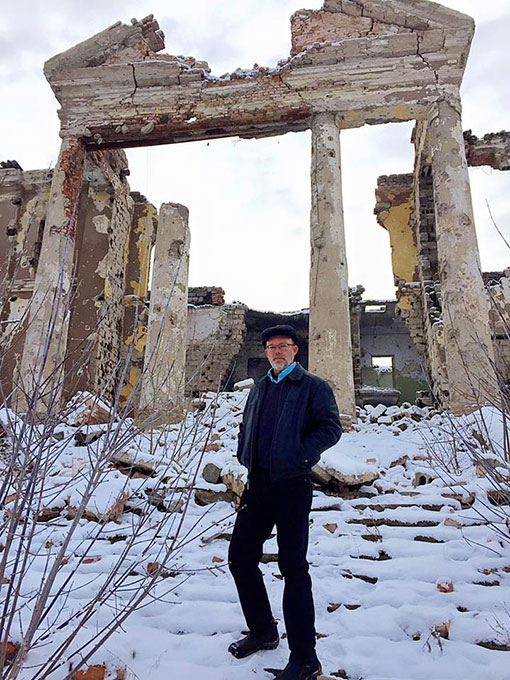 Pray for the persecuted church

Christians to gather at Freed-Hardeman University during lectureship to petition God on behalf of believers worldwide.

Erik Tryggestad
President and CEO
Jeff Abrams has a heart for the church in Ukraine — and persecuted Christians around the world.

The minister for the Tuscumbia Church of Christ in Alabama is organizing a “Pray for the Persecuted Church” session from 4:30 to 5:30 p.m. Feb. 8 in Loyd Auditorium on the campus of Freed-Hardeman University in Henderson, Tenn. It happens on the second day of the university’s 80th Annual Bible Lectureship.

I met Abrams in London in 2012, on a brief stopover en route to the Africans Claiming Africa for Christ conference in Zambia.

Abrams and members of his congregation were on their way home from Ukraine, where they had assisted with a church-run youth camp. I got to visit with them for a couple of days while they hosted a similar camp for a Church of Christ in London. I even taught one of the teen classes. (See my Road Notes from 2012 for more details — and a few funny stories from the visit.)

More than 1,000 believers are expected to gather for the prayer session, Abrams says. I’m honored that he asked me to lead one of the prayers. I’m scheduled to be out of the country during the event (Lord willing … international travel in February requires much prayer) so I’ll be sending a video prayer from overseas.

Recently, Abrams has been visiting Churches of Christ in eastern Ukraine, not far from the region of that troubled country occupied by pro-Russian separatists. (See my report and Road Notes from Kiev, Ukraine, last year about the situation.)

Among the ruins of bombed-out buildings, he urges believers worldwide to pray for the Christians in Ukraine.

After what I saw today, destroyed homes, hospitals, kindergartens….and lives, I can understand why some say, “war is hell.” This “hell” happened in a village near Slavyansk, Ukraine. Please pray for Ukraine and especially for the Christians who have lost all.