Shouts — and tears — of joy flow through the streets of Juba today, July 9, as the East African city officially becomes the capital of the world’s newest nation — South Sudan.
See the BBC’s latest report on the celebrations. The BBC also just added a country profile for the new nation.
Independence follows decades of civil war between Sudan’s predominantly Muslim north and predominantly Christian and animist south.
I was blessed to visit South Sudan earlier this year (while it was still part of Sudan, but functioning under a transitional government) with The Sudan Project, a ministry of the Mt. Juliet Church of Christ in Tennessee.
Entering the country involved flying to a neighboring country (in our case, Ethiopia, where I used the time to gather information for a story about Churches of Christ there and their service to the deaf community). We visited an office of the Government of South Sudan in Ethiopia’s capital, Addis Ababa, and got visas to enter South Sudan. 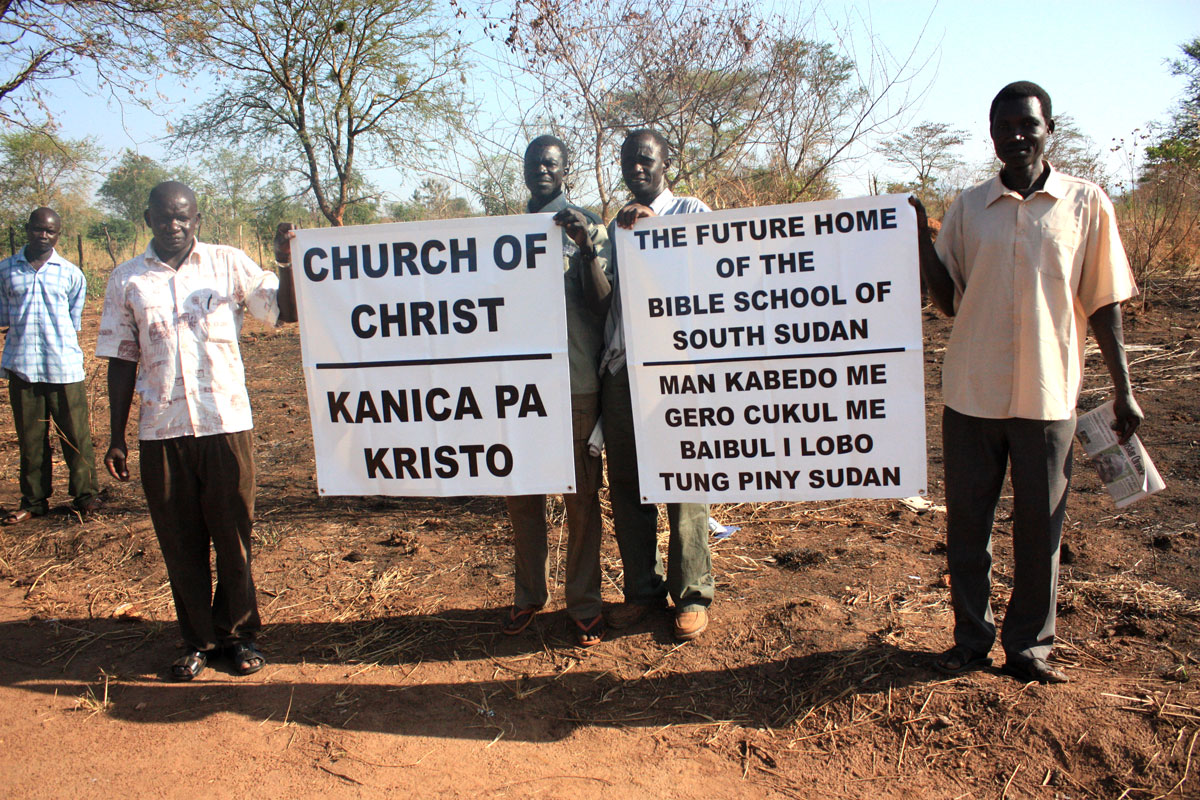 Now, as South Sudan celebrates its independence day, we present stories about Churches of Christ in the new nation as part of our ongoing Global South series:
• A news story about Churches of Christ in Juba, where African church planters are hard at work.
• A photo gallery from Juba.
• Stories of hope, including one Sudanese Christian’s tale of abduction by the Lord’s Resistance Army in Uganda and his salvation.
• A feature from the rural South Sudanese village of Parajok, where church planter Isaya Jackson is overseeing the construction of a medical clinic and preacher training school to serve the Churches of Christ that are filling with former refugees.
The new nation faces big challenges, including ongoing disputes and fighting with northern Sudan over Abyei, an oil-rich area on the border of the two nations. An explainer details the conflicts.
There’s also the unresolved issue of Darfur, a region of western Sudan plagued by violence and death. The Darfur conflict is separate from the war between Sudan’s north and south. Darfur remains part of the nation of Sudan and is not associated with South Sudan. Some African Christians and South Sudanese have participated in relief efforts for the people of Darfur, as we reported in 2004 and 2007.