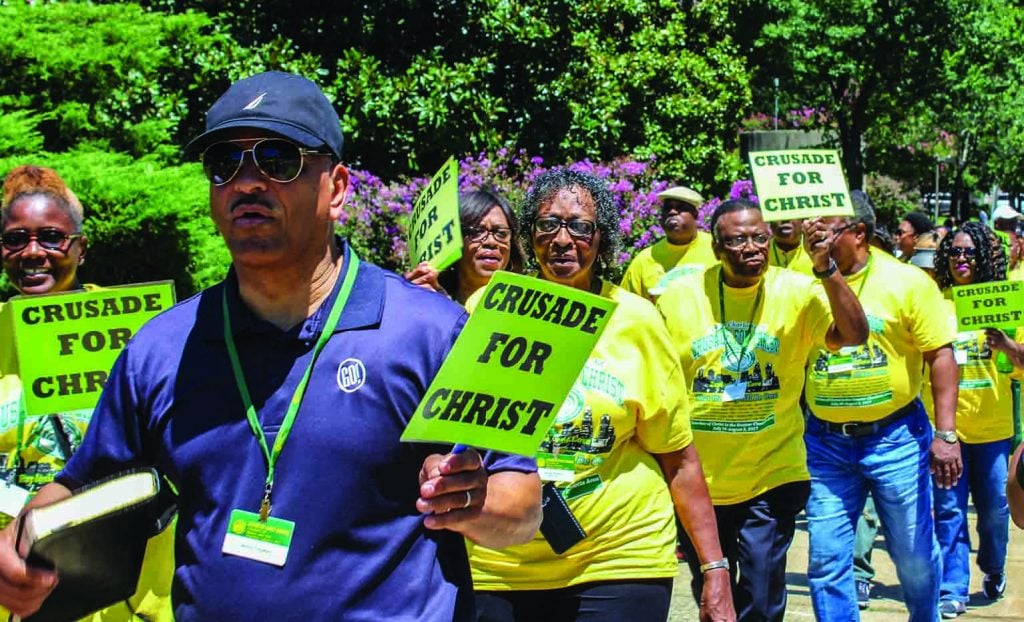 CHARLOTTE, N.C. — She spent the morning knocking on doors that wouldn’t open.

So, as Veaches Cooper walked into the meeting place of the Northside Church of Christ for lunch, she clung to the words she heard from the pulpit on the first day of the Crusade for Christ: “I am planting seeds, one soul at a time.” 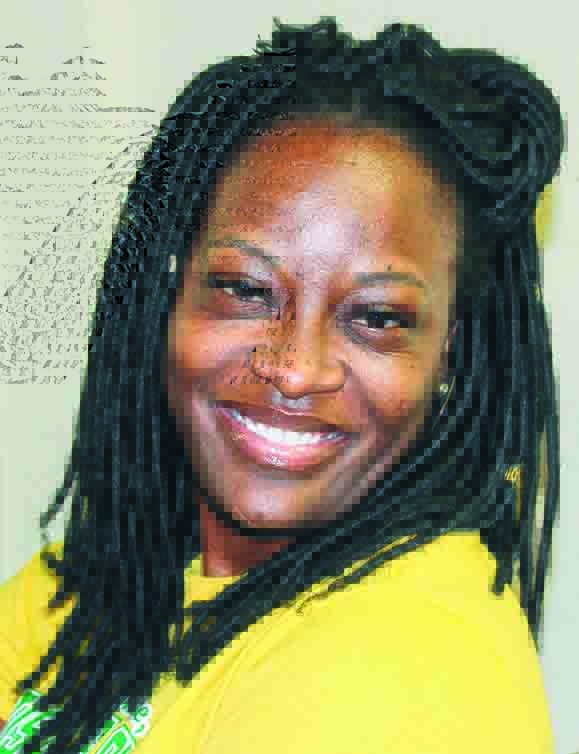 Cooper“This is the first time in my 36 years that I have experienced something like this,” said Cooper, who spent five days in Charlotte as part of the Crusade, a campaign that has taken place in a major U.S. city every two years since 1979.

Although more than 2,500 believers from Churches of Christ across the country joined their Charlotte brethren for the Crusade, it was easy to feel “less than,” participants told The Christian Chronicle.

A more well-known crusader, Billy Graham, has a parkway named in his honor here. Multi-level buildings bearing crosses, representing multiple denominations, line the streets of North Carolina’s largest city, population 2.5 million. Churches of Christ aren’t nearly as plentiful here as they are to the west in Tennessee. The Charlotte metro has a dozen congregations, and only six have 100 or more members.

Cooper, who lives in Memphis, Tenn., worships across the state line with the West Oak Grove Church of Christ in Hernando, Miss. She traveled 600 miles to be a part of the Crusade. 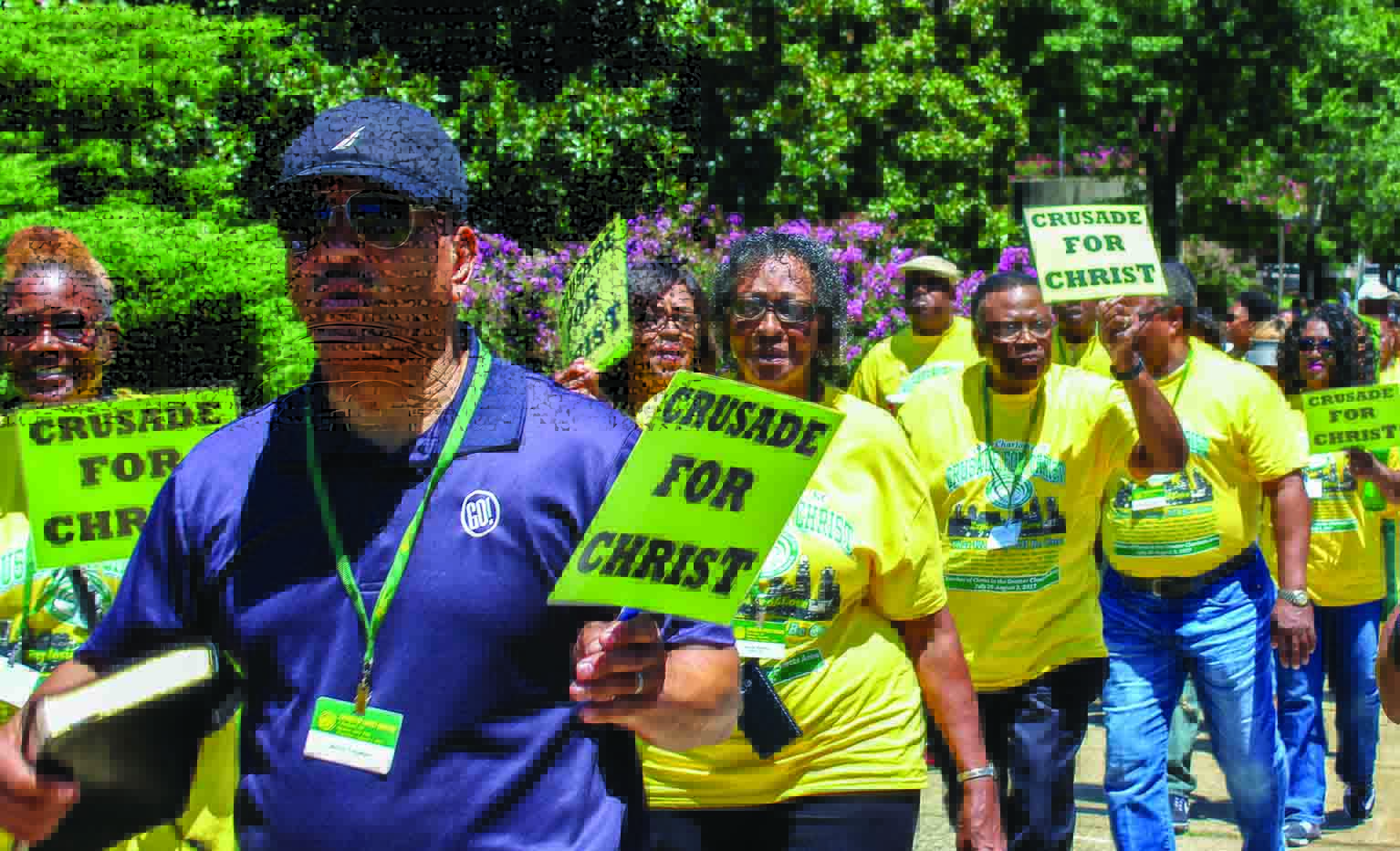 Foot soldiers march in Charlotte, N.C., inviting people to the Crusade for Christ.

As she waited for lunch with her fellow “foot soldiers,” as they’re called here, E.L. Riley, associate minister for the 200-member Northside church, chuckled about a recent back-to-school giveaway. Church members prepared 200 backpacks of school supplies for children in need — no easy task, he said.

But the Crusade isn’t about numbers, added Clyde D. Mayberry, ministering evangelist for the Northside church.

“This is a conduit to build relationships in the community that we serve,” Mayberry said. “Many churches make the mistake to think that most of the soul-saving is done at the crusade. Most of the work is done after the crusade is over. ”
‘A HARD NUT TO CRACK’
Echoing Mayberry’s sentiments was Leonardo Gilbert, national outreach director for the Crusade, who described it as a three-phase event.

In the two years before a Crusade, national leaders organize “mini-rallies” in the host cities, Gilbert said. During the Crusade week, thousands of “foot soldiers” knock on doors and make contacts. Finally, local Christians take the contacts and do follow-up work. 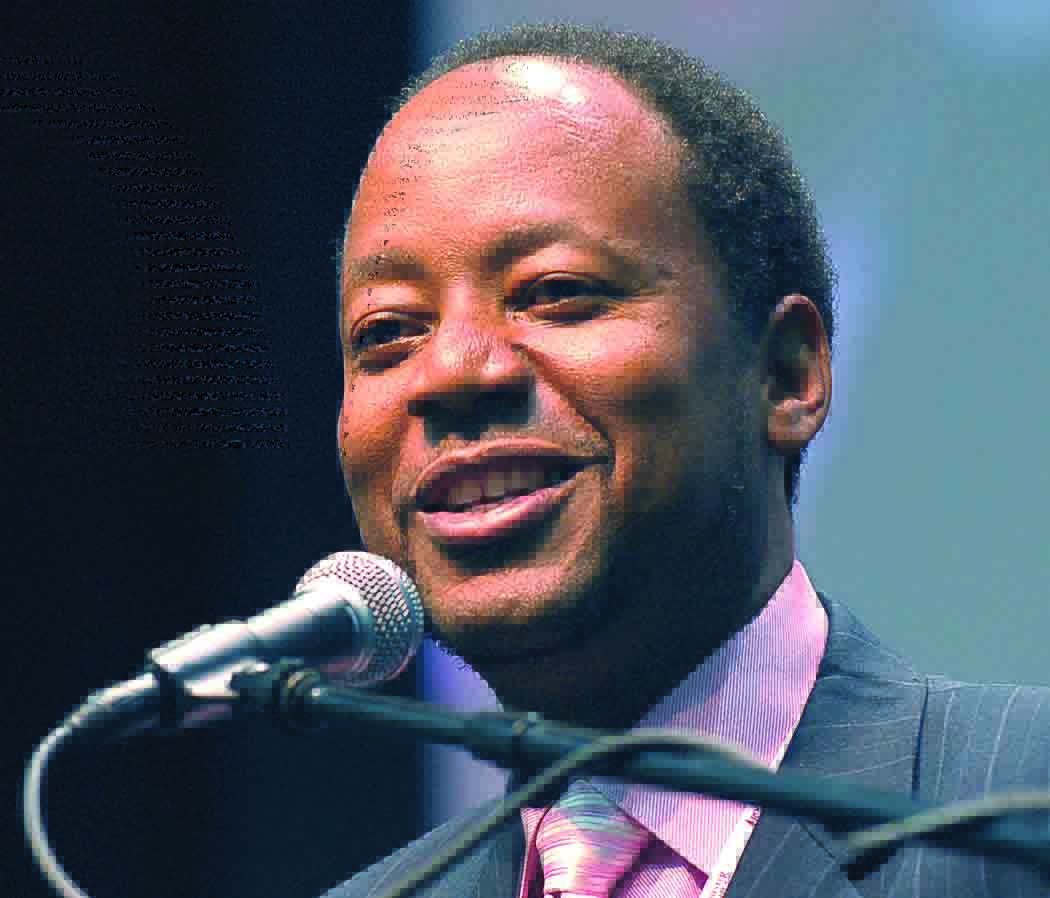 Gilbert“Souls are still being saved in San Antonio,” said Gilbert, referring to the host city for the 2015 Crusade.

A key element of the Crusade was nightly worship, hosted this year in the Charlotte Convention Center. For decades, Jack Evans, former president of Southwestern Christian College in Terrell, Texas, spoke at the services, urging attendees to abandon man-made doctrines and embrace Bible-based Christianity.

Recently, he passed the pulpit to Orpheus J. Heyward, minister for the West End Church of Christ in Atlanta. In “a time in our country when there is great uncertainty,” Heyward said, the people of Charlotte need the simple, powerful truth of Christ.

“Door-knocking provides an opportunity,” Heyward said, “but as we continue to move forward, I hope that we expand our media and use every possible avenue to spread the Gospel. Hopefully, we will let people know that Jesus Christ is the answer to whatever crisis is in their lives.”

Despite advances in social media and communication technology, there’s never been a better time for person-to-person contact, said Daniel Harrison, the Crusade’s founding director, a longtime minister for Churches of Christ in Chicago.

Attitude is equally vital, added Riley. In the past, when church members encountered members of various denominations, “many of them would jump all over them,” he said, leading to doctrinal debates and, too often, closed doors.

Now, “if someone says they attend a certain church, that is a starting point” for faith-filled conversation, he added. For door-knockers, patience and persistence also are important.

“I was a hard nut to crack, but she never gave up on me,” Johnson said of his wife, Mae, who began inviting him to church as their relationship began. Married for 16 years, they worship with the Suitland Road Church of Christ in Maryland and traveled to Charlotte for the Crusade. 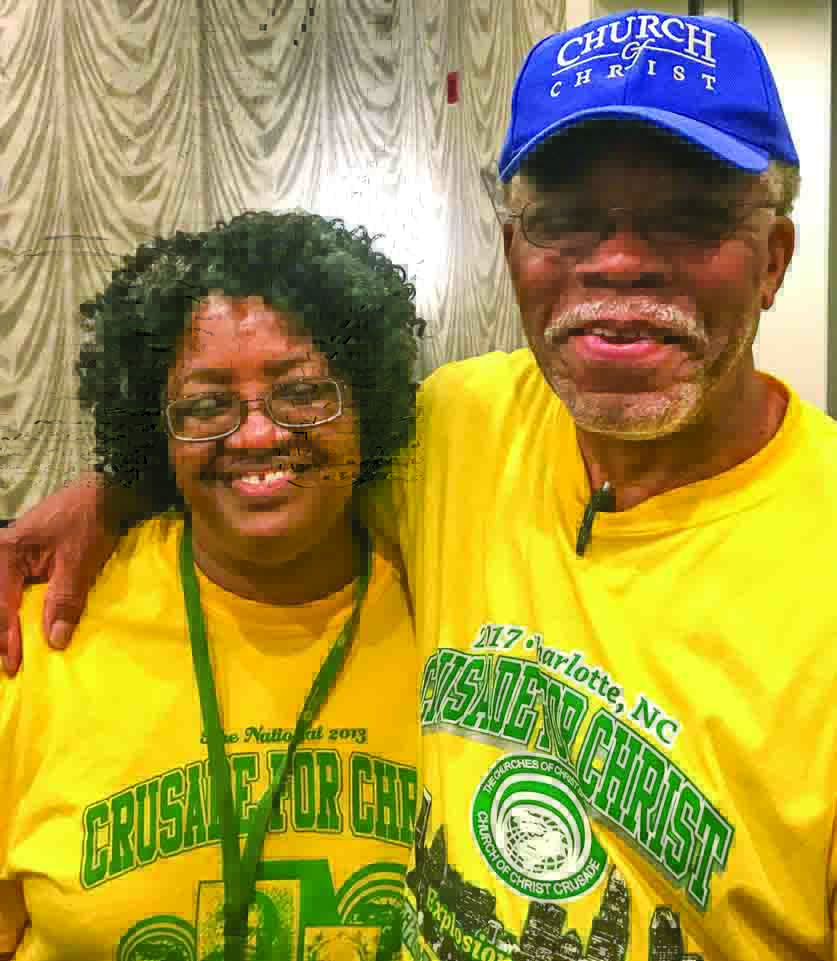 Andrew and Mae Johnson, from Maryland, at the Crusade for Christ.

“Our goal is to plant the seed,” he said.

Another Suitland Road member, Dell Prince, took a week off from his job as a facilities manager at the University of Maryland to bring his wife and four children to the Crusade.

“I am doing the Great Commission, sharing the Gospel with all people,” he said. “Personal contact is really good — complete with a warm smile.”
‘YOUR WORK IS NOT IN VAIN’
Eventually, doors did open for Cooper and her fellow Christians as they crisscrossed the Charlotte metro and other communities. Foot soldiers knocked on 4,300 doors, including those in the neighborhoods surrounding the Southern Hills Church of Christ, southwest of downtown, and the Crawford Road Church of Christ, just across the state line in Rock Hill, S.C.

Each night, visitors heard the Gospel at the convention center. Baptisms followed — about 10 during the week, added to the 44 since the campaign was announced in 2015.

Even one of the security guards on duty at the convention center was immersed — after getting permission from her supervisor.

“This is the culmination of a lot of effort by the ministries in the Charlotte area,” said Derek Franklin, minister for the Crawford Road church. “It has been the fulfillment of a lot of hard work, and my hope No. 1 is that people will come to know the Church of Christ and know what we stand for.”

To that end, the crusaders distributed 40,000 pounds of potatoes to people in need during the campaign and hosted a health fair at the meeting place of the Sugar Creek Church of Christ in Charlotte.

Growth here may be slow, but it happens, said Mayberry, who has seen the membership of the Northside church increase from 60 to 200 in his years with the congregation. Thanks to the Crusade for Christ, he’s sure that growth will continue.

“I want to say thanks and to tell you that your work is not in vain,” he told the foot soldiers as the Crusade concluded. “We will water the seeds that you planted. This was the perfect time to come.”