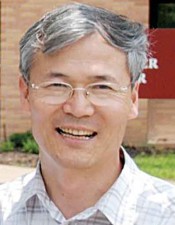 Erik Tryggestad
Almost immediately after the death of North Korean leader Kim Jong-il, Sang Yang’s inbox was flooded with e-mails of concern from Christians around the globe.
Yang is Korean director of the Bible Correspondence Center, a ministry training program in Seoul, South Korea, about 118 miles south of the North Korean capital, Pyongyang. The center, known as BCC, trains Christians for ministry in South Korea and the region.
Missionary Bill Ramsay launched a Bible correspondence program 47 years ago.
“As the work continues to grow, we realize more and more the importance of continued classroom teaching to teach faithful men who will teach others,” Ramsay said.
Yang thanked the fellow Christians for their concern and said that Christians in South Korea are safe, despite the uncertainty in their communist neighbor to the north.
“I am hoping and praying that this change of leadership will open the door for us to share the Gospel with the lost in North Korea,” Yang said. “I believe it is time to continue training people, not to worry about the future. Who knows? You and I may exist for such a time like this.”