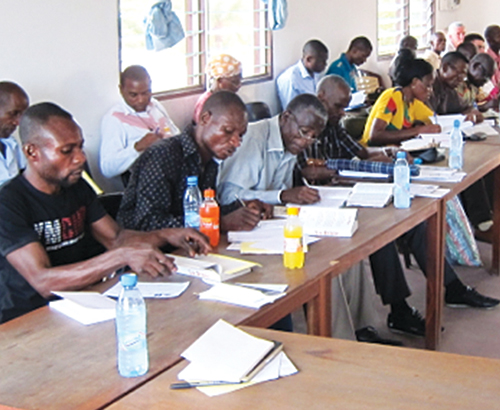 Christians from Congo denied entry — to another Congo — for gospel campaign

Staff Reports
BRAZZAVILLE, Congo — The capitals of two nations, both named Congo, face each other across the Congo River.
Twelve Bible teachers and students from the Hilton Terry Bible School in Kinshasa, capital of the Democratic Republic of Congo, or DRC, planned to cross the river to take part in a gospel campaign alongside a handful of Christians in Brazzaville, capital of the Republic of Congo, often called Congo-Brazzaville.
But tension between the two Congos kept the believers apart.
In recent months, Congo-Brazzaville has expelled more than 50,000 people from the DRC as part of an anti-crime campaign, British newspaper The Guardian reports. The 12 Christians from Kinshasa were denied permission to enter Brazzaville.
Nonetheless, two Christians in Congo-Brazzaville, Clovis Tshimanga and Chrysostom Samba, conducted the campaign with two ministers from the U.S. and four from Europe. Twenty-nine people attended.
The small Churches of Christ in the Republic of Congo “need a partnering church who will take on the entire country as its mission field,” said Doyle Kee, a missionary in Geneva, Switzerland.