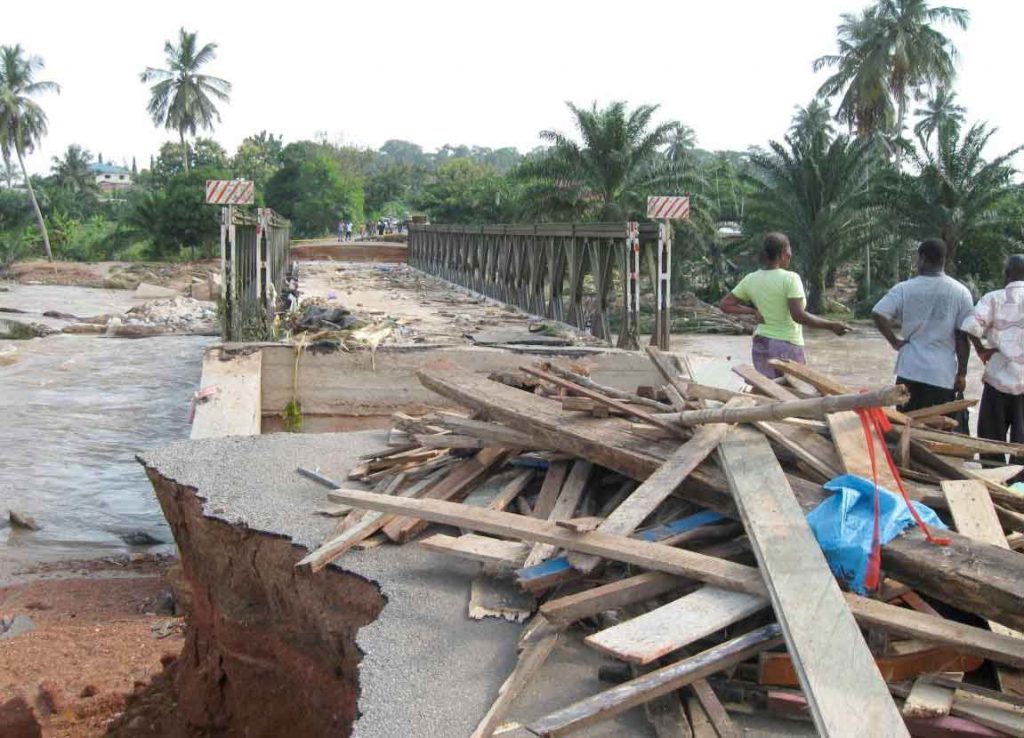 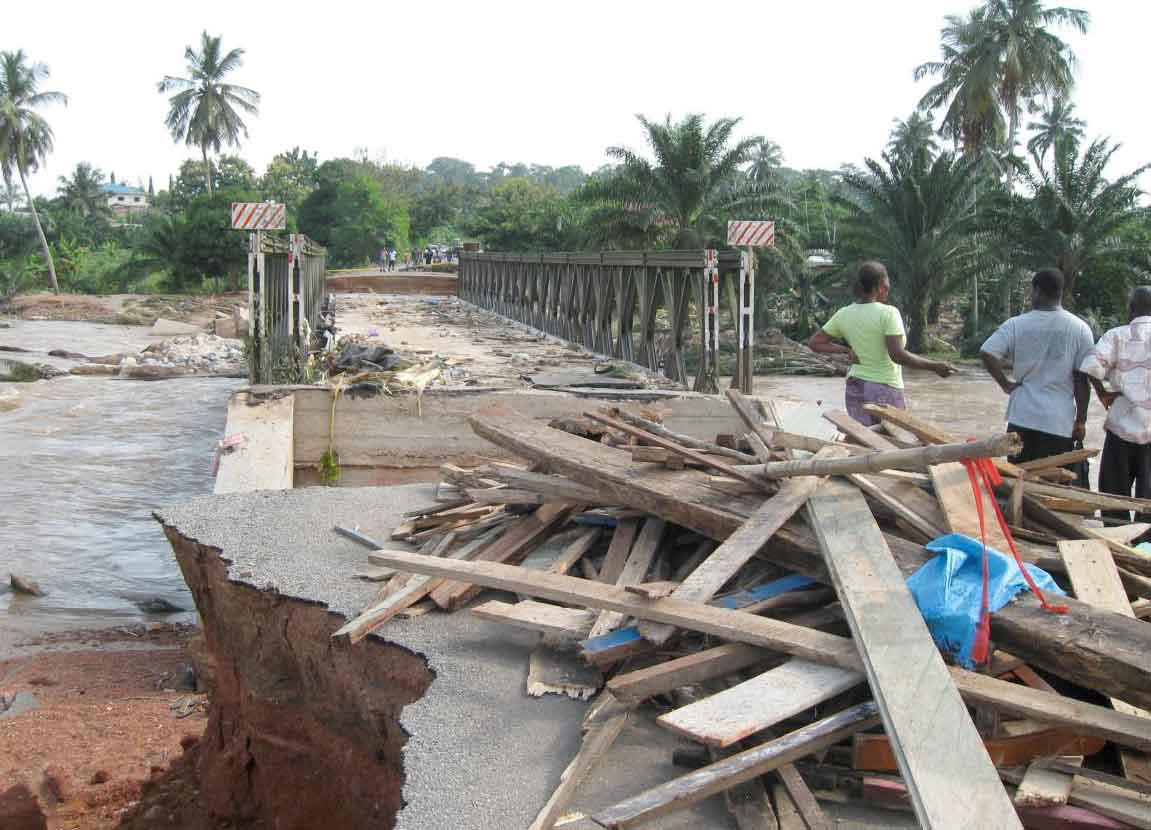 Recent flooding in the Swedru region of Ghana, west of the capital, Accra, wiped out bridges and made rivers dangerous. (Photo provided by David Essuman)

Church members in Ghana say their prayers were answered after three Christians, accused of playing a role in the death of a minister, were exonerated.
As we reported previously, the minister, Derick Ayensu, slipped and fell in a fast-flowing river after baptizing two men near the village of Mensakrom, Ghana. His body was found downstream six days later, said Christopher Arthur, a minister in the nearby city of Swedru who coordinates the village ministry.
“Police came and arrested the two new converts (and) the brother in charge of the village church,” Arthur said, “and the police wanted to charge them with negligence of duty leading to death.”
After days of prayer and court appearances, the charges were dropped on Monday.

As they emerged from the courtroom in Swedru, family members “poured talcum powder on the freed Christians to signify victory,” said Noah Mends, another evangelist in the Swedru region.
More than 500 people attended a memorial service for Ayensu, Mends said. Baptized in 2005, Ayensu was an active leader in the Swedru congregation.
“Derick died as a great hero for the Lord, like John the Baptist during the time of King Herod,” Mends said.
During the memorial service, Arthur told church members that they must expect difficulties.
“Even in the worst of times, they should remember God’s faithfulness and that he will be exalted,” Mends said. “While obeying God may not always be easy, it is eternally rewarding.”
Overwhelmed by the show of support, Ayensu’s father and aunt, who were not Christians, were baptized one day after the funeral — in the same river where Ayensu perished, Mends said.
Ayensu’s father “was touched by the work his son did for the Lord,” Mends said, “and he promised to be closer to God than ever. We need for you all to pray for them.” 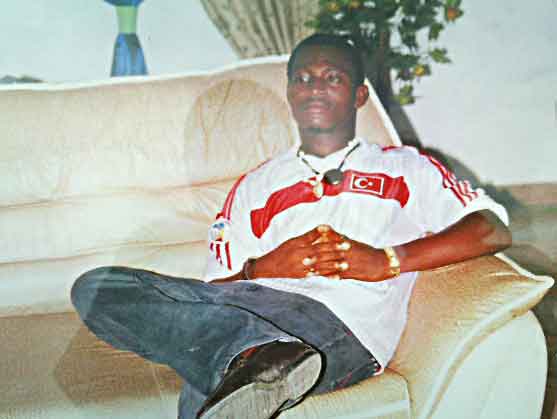 Derick Ayensu died in a fast-flowing river after performing two baptisms. He was an active member of a Church of Christ in Swedru, Ghana. (Photo provided by Steven Black)