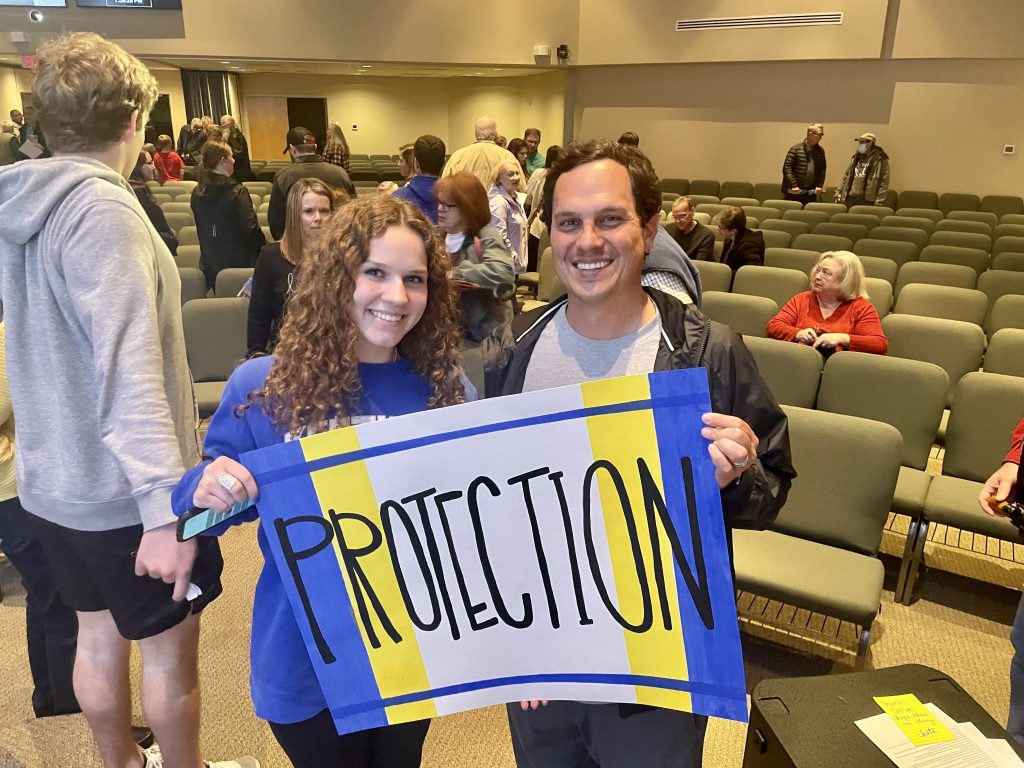 Churches of Christ have strong connections to the Eastern European nation, now under assault from Russia.

As Russia continues its assault on Ukraine, many American Christians are trying to help in any way they can, whether through prayer, donations or housing refugees. There is a tremendous amount of care and concern for Ukrainians — and a desire to do something.

It’s not just out of a Christian love for their neighbor — though that’s part of it. But it’s also because Churches of Christ across the U.S. have strong connections to Ukraine.

“The roots for Churches of Christ in Ukraine go really deep,” said Justin Ardrey, communication minister for the Sycamore View Church of Christ in Memphis, Tenn. “It’s hard to talk to a Church of Christ and them not have … some kind of relationship with Ukrainian missions.” 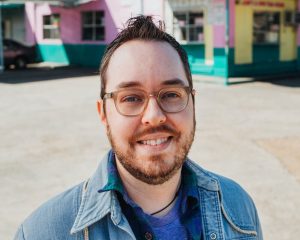 Sycamore View has sponsored Dima Grischuck and his wife, Julia, for several decades. Grischuck is a teacher at the Ukrainian Bible Institute in Kyiv and the founder of Let’s Love Ministries.

Ardrey visited Grischuck in Ukraine in 2019 for his yearly promotional film used to raise funds for the Tennessee congregation’s 3:16 Global Missions Offering.

‘A unified voice lifting prayers up to God’

When the conflict started, Sycamore View members held an impromptu online prayer vigil to “cry out to God together on behalf of Ukraine — and even Russia.”

And many more congregations — and individual Christians — have lifted up their voices in prayer for Ukrainians.

Related: ‘Protect Ukraine, keep her in your care’

One member knew seven coworkers with family there. Another had a daughter-in-law, an American citizen, who had been visiting her sick father in Russia — she’s now trapped there.

“These are actual lives that we know about being affected by this tragedy that’s unfolding there,” Rodgers said.

He knew they needed to do something bigger than a standard congregational prayer.

“We went ahead and started seeing how the Spirit was moving related to the Ukraine,” he said, “and we couldn’t ignore it.” 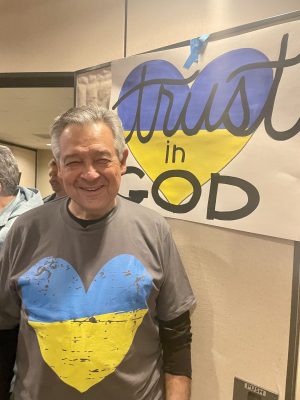 The vigil was anchored by Mark 11:23, where Jesus tells his disciples, “If anyone says to this mountain, ‘Go, throw yourself into the sea,’ and does not doubt in their heart but believes that what they say will happen, it will be done for them.”

“We felt that’s what Tuesday night was calling us to,” Rodgers said. “Let’s pray big.”

He also quoted 2 Corinthians 1:10-11: “He has delivered us from such a deadly peril, and he will deliver us again. On him we have set our hope that he will continue to deliver us, as you help us by your prayers. Then many will give thanks on our behalf for the gracious favor granted us in answer to the prayers of many.”

“We are the many that that Scripture is speaking to,” Rodgers said, “because we’ve coalesced into a unified voice lifting prayers up to God by this evening’s event.” 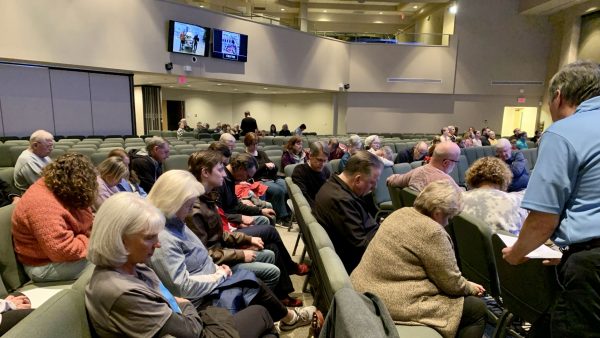 Members of the Grace Chapel pray in groups, focusing on “trusting in God,” “protection,” “faith and perseverance,” and “peace.”

In Alabama, the Madison Church of Christ helped Ukrainian Kate Gladkykh — a teacher at the ABC Bible School in Kramatorsk — escape from her home, through Poland and to the U.S. Last year, when a group of about 25 from Madison attended Camp Amerikraine — a Christian summer camp put on collaboratively by American and Ukrainian churches — Gladkykh served as their translator.

All the families who went on that trip were at the airport to greet Gladkykh when she arrived. They also had a night of prayer together. 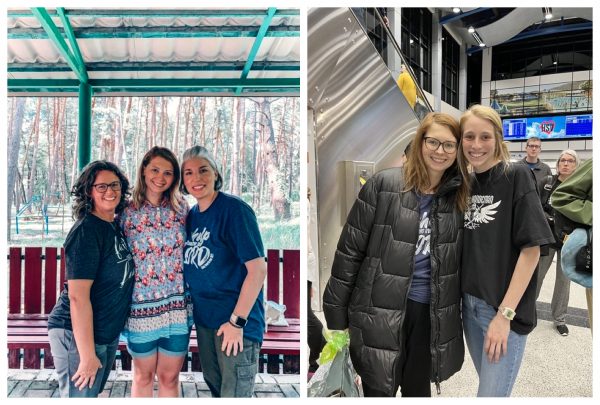 But the connection goes much deeper than that. Jordan Abrams, Madison’s youth minister, said he’s known Kate from Camp Amerikraine since she was about 10 — now she’s in her late 20s. He even remembers the day she was baptized.

“She is like a sister to me and my family,” Abrams said. Gladkykh is staying with Abrams’ sister now and was also in her wedding. That’s why she had a U.S. visa and was able to enter the country. Others — including Gladkykh’s parents and sister — have not been so fortunate. 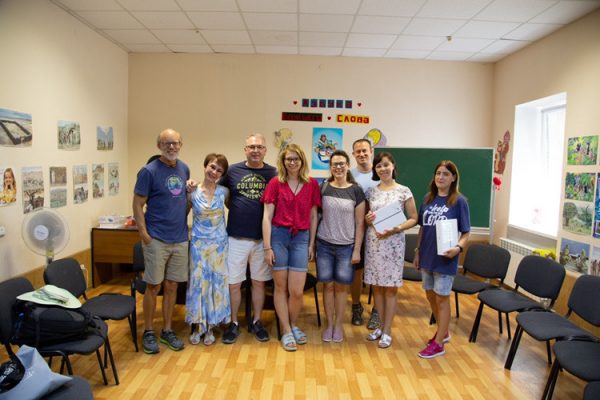 Kate Gladkykh (middle) with Jeff Abrams (left), Jordan Abrams (back right) and teachers of the ABC Bible School in Kramatorsk.

But Abrams has tried to contact immigration lawyers and legislators who might be able to help get more refugees to the U.S. He has Christians who are ready to take them in. Meanwhile, his family is using connections to get refugees into the Netherlands, Belgium and France.

Abrams’ father — Jeff Abrams, who preaches in Tuscumbia, Ala. — has been back to Ukraine since the war began to take money and help people get out. Jeff makes four trips to Ukraine a year and was there with Winfield, Ala., minister Mark Posey but had left before the fighting broke out.

But the Abramses want no credit for themselves.

“Do not put the attention in this on anybody but God and the Ukrainian people,” Jordan Abrams said. “That’s what’s most important right now.

“It’s just a terrible situation to see people that you love and care for and cities that you’ve been to and see people hurting,” he added. “I can’t imagine … having their friends leave, their loved ones leave. … It’s hard when everything you’ve known is gone in a way.”

A long-term need for help

The Madison church is also taking up money for Ukraine and plans to donate any funds leftover from its budget. Most of it will be funneled into the Eastern European country through the Tuscumbia church.

Many other congregations around the nation have raised money too, totaling in the hundreds of thousands of dollars, at least. It’s money that is desperately needed. 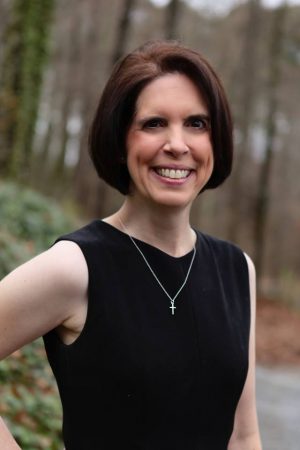 “There’s a lot of need on their end for cash to get the food and the drugs and the clothes,” said Thereasa “Susie” Winnett, a member of Grace Chapel and the founder of Teach One Reach One Ministries.

“They need a lot of funds.”

Her nonprofit provides Christian educational resources for ministries and parents around the world. Now, Winnett told the Chronicle, she’s splitting her time between helping Ukrainians — children especially — to cope, assisting with logistics issues and fundraising for ministry partners who are sending money to Ukraine.

She encourages Christians to send donations to Ukraine through ministries that have had people in the country for years and already have a network in place to distribute the money where it’s needed. She specifically works with the Sunset International Bible Institute in Lubbock, Texas — which partners with the Ukrainian Bible Institute — and the Glen Allen Church of Christ in Richmond, Va.

Since the conflict began, Sunset has collected more than $250,000 for aid to Ukraine, workers with the nonprofit said.

“I trust both of those groups implicitly,” Winnett said. “All that money will be used very wisely.”

Besides money, she said Christians can help by voicing their support and trying to be uplifting and encouraging on their public social media pages — while keeping the sad stories and photographs to their private church groups.

She noted that Ukrainians are seeing a lot of posts from people in the U.S., even people they don’t know, and are “just overwhelmed emotionally, as you can imagine.”

But Winnett also said Christians shouldn’t forget about Ukraine once the moment passes.

That’s when Christians will really need to step up.

“Stay enthusiastic … because it’s really going to take everybody to really work hard to help rectify this — even if it were to end tomorrow.”

“I just want to encourage people to stay enthusiastic, to stay engaged,” Winnett added, “because it’s really going to take everybody to really work hard to help rectify this — even if it were to end tomorrow.” 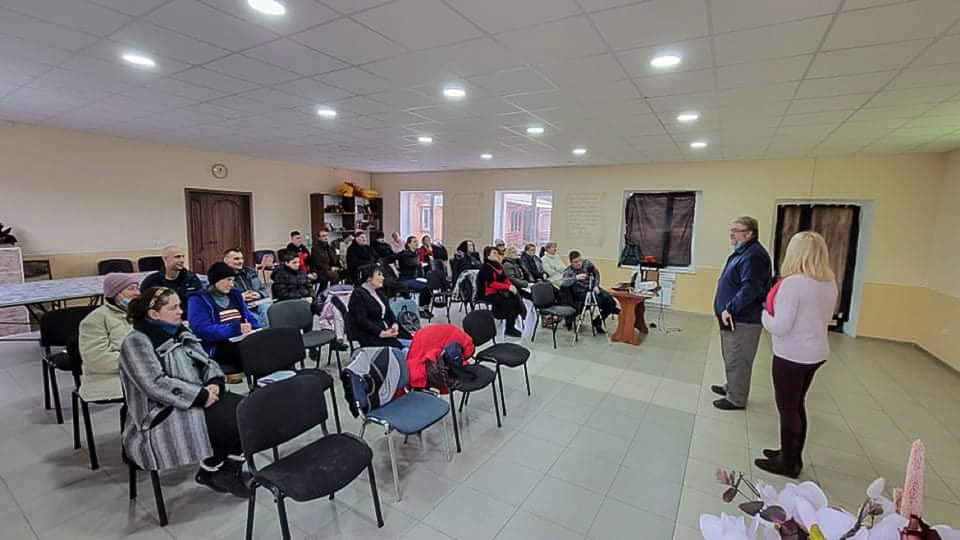 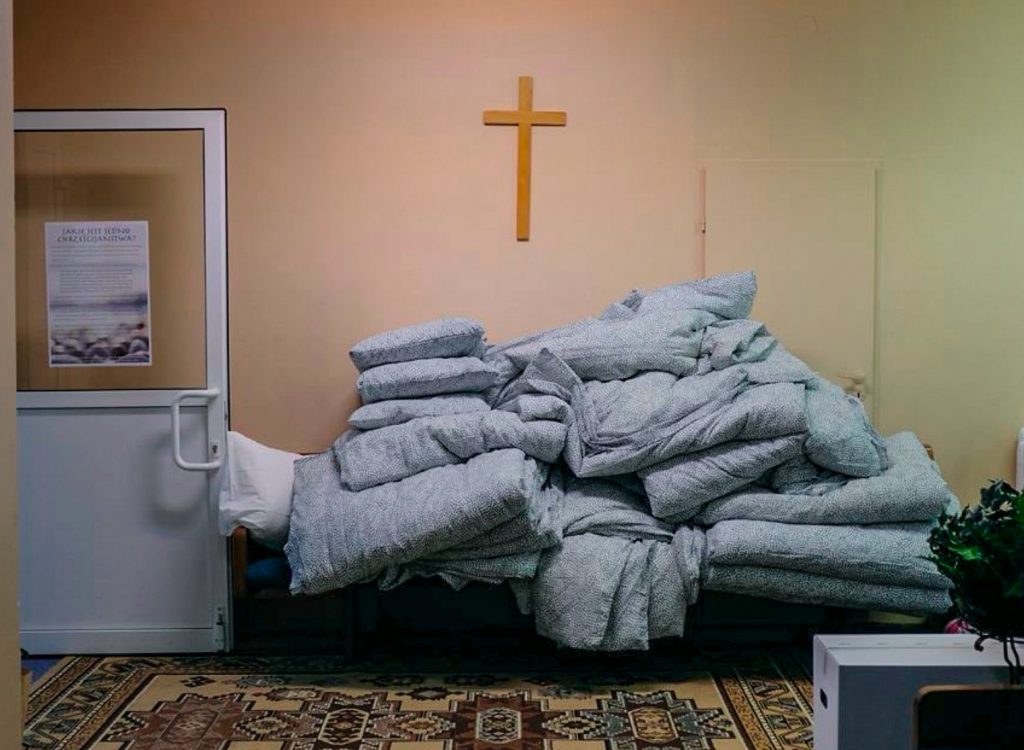