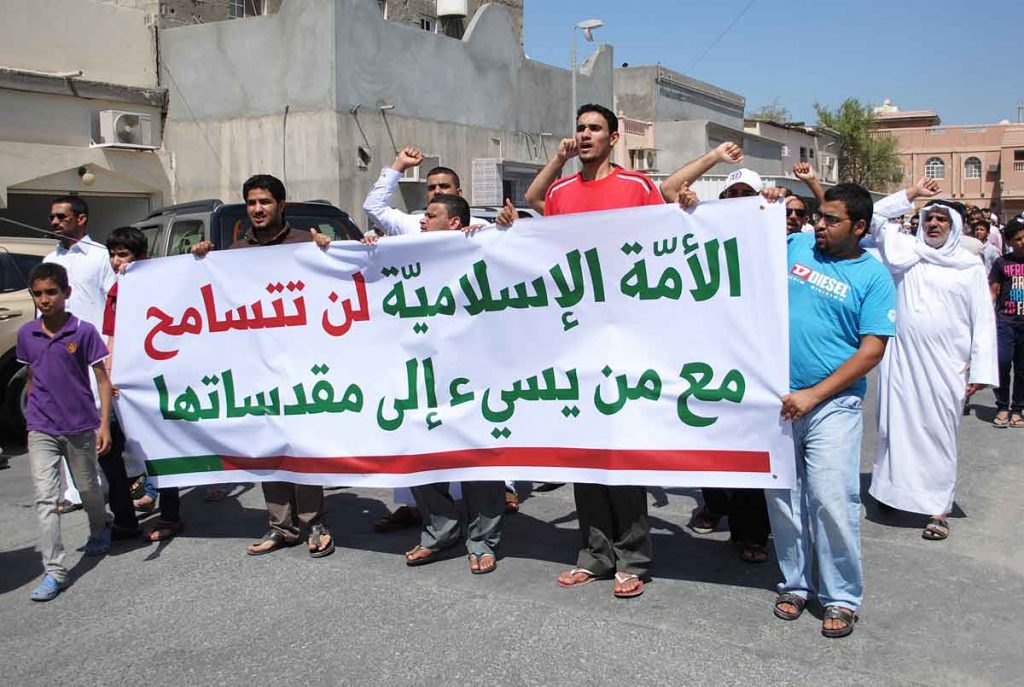 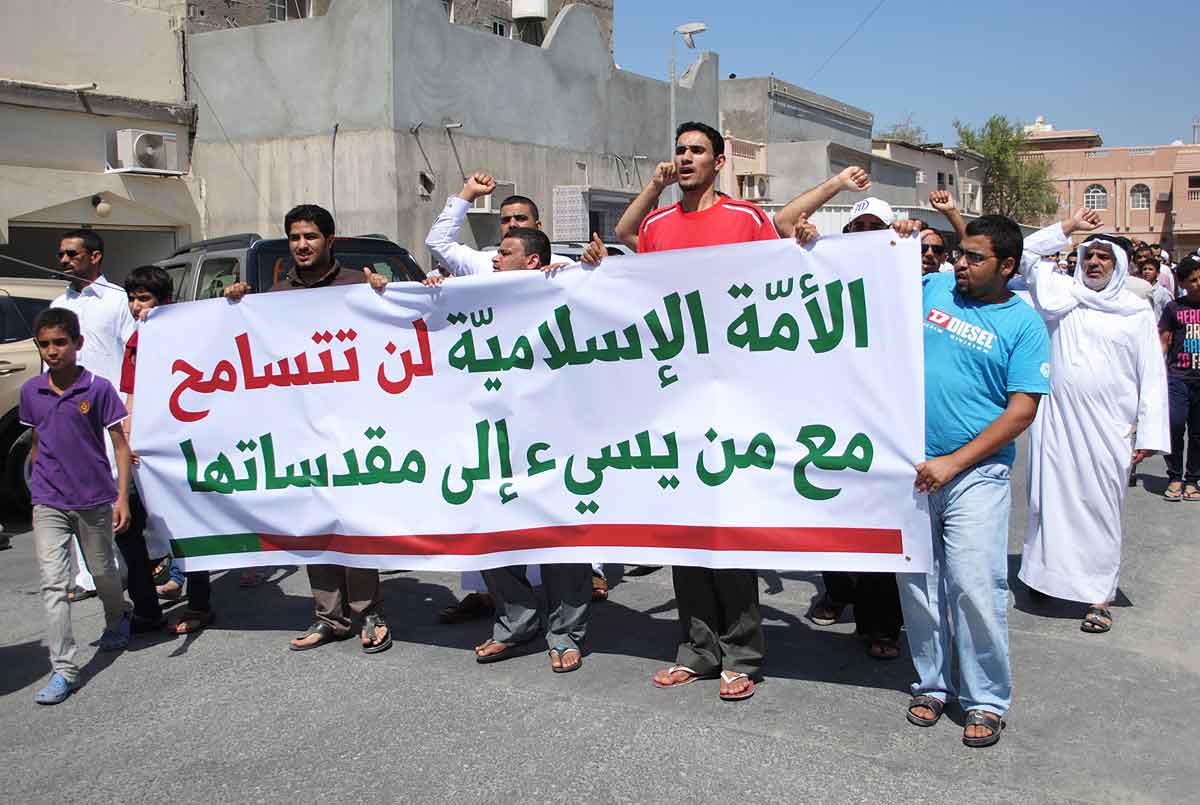 In Duraz, Bahrain, people protest against an anti-Islamic YouTube video. The banner, in Arabic, reads: “The Islamic nation will not tolerate with those who offend its sanctities.” (Photo by Mohamed CJ, via Wikimedia Commons)

Online now, find The Christian Chronicle’s coverage of the recent protests over a YouTube video that angered the Muslim world.
• How should Christians respond to Muslim rage? We talk to church members, including those with extensive experience in North Africa and the Middle East, about the issue.
• EDITORIAL: The high calling of free speech. We defend the First Amendment — and use it to express our distaste at the insulting video and condemnation of the acts of violence that followed.
• Christ and Islam: A view from Africa. In a web-exclusive column, a longtime missionary in Mozambique talks about his experiences living among Muslims.
Understandably, we have received responses to the stories as they appeared in the November print issue. Statements in our front-page story led some readers to believe that we were linking the protests against the film to the death of U.S. Ambassador Chris Stevens in Libya, and a statement in the editorial made a direct link between the two. (U.S. officials were making similar claims as we went to press with the issue.)
Recent news reports indicate that the death of Stevens was the result of a terrorist attack that was not connected to the demonstrations. We have corrected the references in the story and editorial and sincerely apologize for the error.
We approached this emotionally charged topic prayerfully as we reported on it. We continue to pray, echoing the sentiments of Khalil Jahshan, one of the experts we interviewed for our coverage.

When asked what he prays for with regard to the Middle East, Jahshan replied, “Any time you see turmoil like this, what else? My permanent prayer always has been and always will be for peace and stability. That is what we are instructed to do as Christians.
“Our No. 1 priority always should be peace, which is probably the furthest thing right now from the region.”