Christian Politics: Left, Right or In Between?

“Can a Christian vote for a Democrat without sinning?”

The question appeared on an Internet discussion forum for Churches of Christ in early April, sandwiched between topics including “Acts 10 and baptism” and “Bible study groups.”

One member of the discussion group joked that the person posting the question must “love controversy.” Another responded that anyone who supports a political party that promotes homosexuality and “the murder of innocent children” also is guilty of the crime.

Still another said that those who vote for Democrats are sinning “no more, no less” than anyone who votes for a Republican, Libertarian, independent or a member of the Green Party.

“I think that question represents what many Christians think and, as Democrat, I resent it every time I hear it,” said Mark Elrod, associate professor at Harding University, Searcy, Ark. “To be a Democrat or Republican does not mean to embrace everything that party stands for. I believe that it is no less inconsistent to be a pro-life Democrat than it is to be a pro-choice Republican.”

Several educators contacted by the Chronicle said that they’ve heard some version of the question asked by church members. Though they disagreed over the extent to which it represents current political thought in churches, but most said that the question itself paints an overly-simplistic picture of the political parties.

“Political parties are diverse institutions … with wide-ranging views on a number of issues,” said Edward Hicks, chairman of Social and Behavioral Science at Faulkner University, Montgomery, Ala.

Leaning Right Taking a barometer reading for political opinion in churches is exceedingly difficult, said Andy Olree, associate professor of political science at Harding. Nonetheless, he said that in recent years many church members have expressed support for the Republican Party — especially for the party’s stance against abortion.

But Republican support is not a historical trait of most congregations. Michael Weed said that the building for the church of Christ in Austin, Texas, where he grew up used to serve as a regular meeting place for the Democratic Party.
Weed, professor at Austin Graduate School of Theology, teaches a course on faith and politics. He said that churches of Christ, mostly located in the southern United States, began moving away from the Democrats in the 1950s. Dwight Eisenhower, a charismatic war hero and a Republican, received support from many church members.

If Kennedy began the drift of church members toward the Right, Bill Clinton continued the trend, Elrod said.
“In my community, Clinton is considered to be the anti-Christ by many politically-conservative Christians for both moral and public policy reasons,” said Elrod, who lives in Arkansas. “I believe that his term in office was the chief catalyst for pushing many of them toward groups such as Focus on the Family, the Christian Coalition, Families First, and other Christian fundamentalist political organizations …”

“The fact that the incumbent Republican president has embraced the Christian Right even more than Ronald Reagan has solidified the relationship.”

Such is not the feeling in many predominantly black churches, Elrod said. There, support for Democratic candidates remains high.

But today many churches of Christ tend to support the Republican Party, Olree said.

“At the same time, and somewhat inconsistently, most will still affirm that political choices — like whether to vote or which political party to support — are matters of opinion that the Bible does not speak clearly about and should therefore be left to each individual member to decide,” Olree said.

Steven Guy, faculty member at Heritage Christian University, Florence, Ala., said, “(The) church is not a denomination. We do not vote as an organization or ethnic group, but as individual Christians and Americans.”

A divisive subjectIf there is a politically conservative slant in many churches today, it hasn’t created many politically-active churches.

“In the Shoals (northern Alabama), congregations tend toward what I would describe as ‘healthy restraint’ in the area of any active political stance,” said Bill Bagents, vice president of Academic Affairs at Heritage Christian. “Only in cases of clear moral imperatives do we see anything that could be called active political conservatism.”

Many church members prefer not to discuss politics — a potentially divisive issue — with other Christians.

“Churches of Christ have not been centers of robust political debate, nor should they be,” said Matt McCook (left), assistant professor of political science at Oklahoma Christian University, Oklahoma City. “Unity is hard enough to achieve without political debates within the church. Furthermore, the church loses sight of its purpose (to seek and save the lost) when it lowers itself to consider which party’s economic plan is more sound, or which candidate seems to be telling the truth.”

At least from the pulpit, church members express “some reluctance to take political positions that might hurt the integrity of worship and (the goal of) keeping our minds and hearts on God and his promise of heaven,” said Marc Schwerdt, a professor of political science who begins teaching at Lipscomb University this fall.

At least one respondent expressed disappointment that the Chronicle would consider a story about politics, which inevitably “contribute to division in the brotherhood.”

Coy Roper, a professor at Heritage Christian, said, “I don’t think that churches, as such, should get involved in politics … And I think they should be very cautious about taking sides in social or ethical debates (or) issues that appear to make the church into a political body.”

Malcolm Hill, of Tennessee Bible College, said that the prevailing belief among churches concerning political debate seems to be, “The church building is not for that. Let it be done at the courthouse.”

To vote or not to vote While many educators and church members believe that party politics have little place inside the church building, few said they would encourage Christians to refrain from any kind of political participation — including voting.

David Lipscomb, a church leader in the 1800s and early 1900s, founded a preacher training school in Nashville that became the university bearing his name. In his 1889 book “Civil Government,” Lipscomb advocated separation from the world and complete reliance on God, and associated human governments with man’s rebellion against God’s sovereignty.

But Lipscomb advocated voting as a means of contributing to the “greater good” or at least in selecting “the lesser evil to the community.”

“In our country and government, every man is responsible for his vote,” Lipscomb wrote in an 1857 edition of “The Millennial Harbinger,” a publication founded by Restoration Movement leader Alexander Campbell in 1830.

Michael Weed (left), of Austin Graduate School of Theology, said, “I would view the vote as a means of extending the responsibilities and capacities of neighbor-love.

“The vote is one way in which we may influence — protect or correct — the circumstances of the ‘distant neighbor’ whom we do not see in person.” 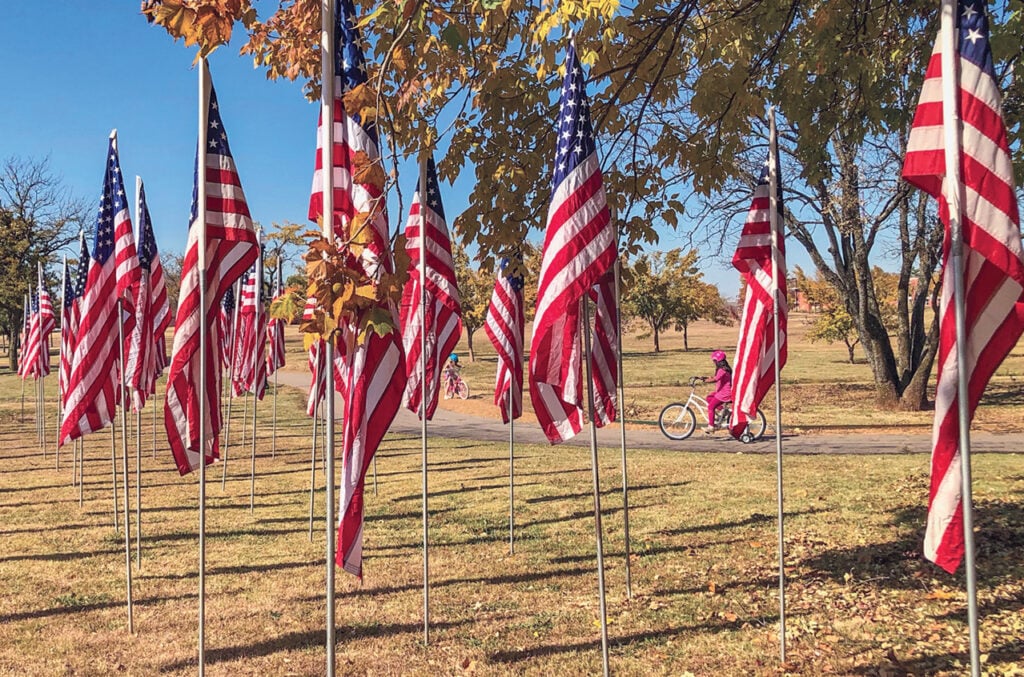