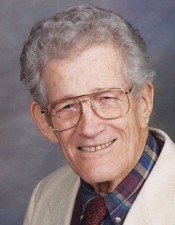 STAFF REPORTS
Leon Tester, a former missionary and longtime advocate of Christian journalism, died Nov. 8 in Texas. He was 90.
Tester attended Columbia Christian College in Portland, Ore., before joining the U.S. Navy. He served for 14 years before dedicating his life to ministry.
Tester and his wife, Marion, spent eight years serving as part of a mission team in Sao Paulo, Brazil. Tester became the team’s chief journalist, producing reports for supporters in the U.S. The Testers adopted two Brazilian children, Jon and Claude, who later became U.S. citizens. Leon Tester edited two magazines, Communion Quester and Brazilian Evangelist.
“He taught his fellow missionaries how to improve their writing and reporting,” said Howard Norton, a member of the Sao Paulo team and former editor of The Christian Chronicle. Leon Tester also stressed to his teammates “the importance of keeping the brotherhood back in the United States informed concerning what the missionaries were doing in Brazil.”
After returning to the U.S., Leon Tester preached for churches in Minnesota, South Dakota, Iowa and New York. In 1992 the couple retired in Oklahoma, where Leon Tester served as a research assistant for The Christian Chronicle.
“Marion and Leon were hardworking, compassionate, faithful followers of our Lord until their deaths,” said Norton’s wife, Jane, who also served on the Sao Paulo team. “May their memories live on earth for many years and in heaven forever.”
MEMORIAL CONTRIBUTIONS may be sent to the Patchogue Church of Christ, P.O. Box 548, Patchogue, NY 11772 for Hurricane Sandy relief/compassion ministry.