International newspaper for Churches of Christ honored for the second straight year.

For the second straight year, the Evangelical Press Association has recognized The Christian Chronicle with its top prize for print newspapers.

The first-place Award of Excellence was presented this afternoon in a ceremony moved online because of the global coronavirus pandemic. 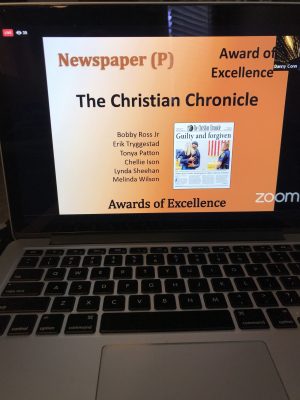 The Christian Chronicle is recognized in an online awards ceremony by the Evangelical Press Association.

“There was a lot of virtual high-fiving going on when we got the news,” said Erik Tryggestad, the Chronicle’s president and CEO. “I’m thrilled that the EPA judges realize what I’ve known for a long time — that this is a great publication with a talented staff dedicated to producing real journalism that honors God.”

The contest judge said of the Chronicle: “This publication provides news from a Christian perspective along with insightful commentary and analysis. Packed with interesting news throughout!”

In addition to the staff honor, the Chronicle earned five individual awards in the EPA competition, which drew more than 1,100 entries in 60-plus categories.

Tryggestad, who has filed stories from 75 countries and territories in his 19 years with the Chronicle, received first place for his “Venezuelan Diaspora” series.

Members of the Iglesia de Cristo Redentor (Redeemer Church of Christ) in Buenos Aires, Argentina, sing the Spanish version of “Listen to our Hearts” during a Wednesday night devotional. The congregation has members from Argentina, Colombia, the US and a large number from Venezuela, forced to leave their homeland due to its deepening financial and political crisis. #christianchronicle #crisisvenezuela #venezuelacrisis #argentina🇦🇷 #churchofchrist #iglesiadecristo

The series took the globe-trotting international writer to Argentina and Chile to see how refugees from Venezuela’s economic collapse are transforming Churches of Christ across South America. Jonathan Hanegan, a former missionary to Venezuela who now serves a congregation in Buenos Aires, accompanied Tryggestad and translated as he interviewed the refugees.

“Voices were were varied and strong,” the contest judge said. “Stories were engaging. Wow!”

• Loving a ‘lost cause’: Couple with ties to Churches of Christ plants a youth ministry in their native Slovenia, where people are ‘post-Christian, but not post-human.’ By Erik Tryggestad. Second place for personality article. 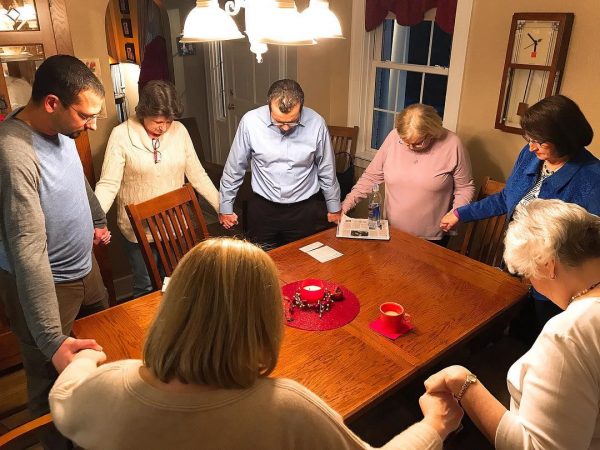