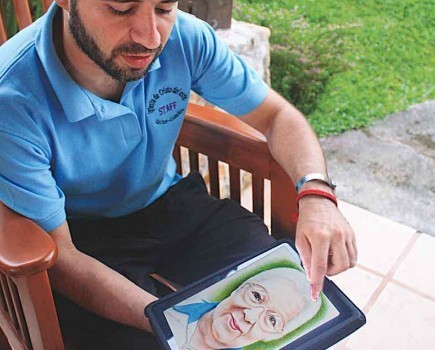 Erik Tryggestad
LA FORTUNA, Costa Rica — Roy Leandro has an iPad full of wrinkles and smiles.
Taking a brief respite during a gospel lectureship in this Central American resort town, he flips through a collection of portraits on his tablet computer. Each represents an old soul — a resident of a nursing home visited by the Costa Rican artist last summer.
“What I want to do is make them feel happy and comfortable with their own image,” he says. “I want them to know, ‘You are a piece of art.’”
Portrait painting, on its surface, doesn’t seem an obvious way to help the elderly. It didn’t seem that way to Leandro, either.
Leandro, 34, is a member of the Sabanilla Church of Christ near Costa Rica’s capital, San Jose. He says the idea for his unique ministry came during a trip to visit his sister in Sweden.
“I told her I was not interested in doing tourist stuff,” Leandro says. Instead, he wanted a chance to serve others — perhaps volunteering at a nursing home. He envisioned busing tables and sweeping floors, but workers at the home were fascinated by his art.
He spent time with the home’s residents and started sketching them.
“It was my vacation, but it was not like a vacation,” he says.
It was better.
“I was able to use art to serve people. It was a great way to encourage the residents.”
Leandro’s commitment to art — and to God — was born out of boredom. His mother was a strict disciplinarian, determined that her son would not get into trouble like many of his peers.
As a teenager, he was grounded multiple times. Art was a form of expression that didn’t require him to leave the house.
Nonetheless, the groundings seemed eternal. He pleaded with his mother, who said, “The only way you can go outside is if you go to church with me.”
He started attending services and sensed that the Lord was changing his heart. A few years later, a girl he dated introduced him to the Church of Christ.
There, church members convinced him “to commit myself to the Bible — not the things a preacher or a pastor or anyone is talking about — the things God can show me through the Word.”
After his baptism about 10 years ago, he interned at an advertising agency, but he disliked the prospect of creating posters for cigarettes and beer. He worked in a call center, thinking of it as a way to help people while improving his English.
Then came the Sweden trip.
At the nursing home, “I was using my time to do something very effective,” Leandro says.
Last summer, he cobbled together funds to fly to the U.S. Staying with church members and friends, he traveled to six states, painting portraits at assisted-living facilities.
“Roy did a great job here in Chattanooga,” said Rachel Cortez, who served with her husband, Hector, as a missionary in Costa Rica and now lives in Tennessee.
“God has obviously given him a heart for the elderly and a very artistic gift,” she says. “He has chosen to use both for God’s glory. I’m impressed with his dedication and sincere care for each person he meets.”
Leandro plans to return to the U.S. this fall, traveling from New York to Kansas, painting portraits at eight nursing homes. He will host art shows at each one and donate the portraits.
He seeks support to expand the work and encourages other Christian artists to use their gifts for ministry.
“If I am serving other people,” he says, “the one who is receiving the better blessings is me.” 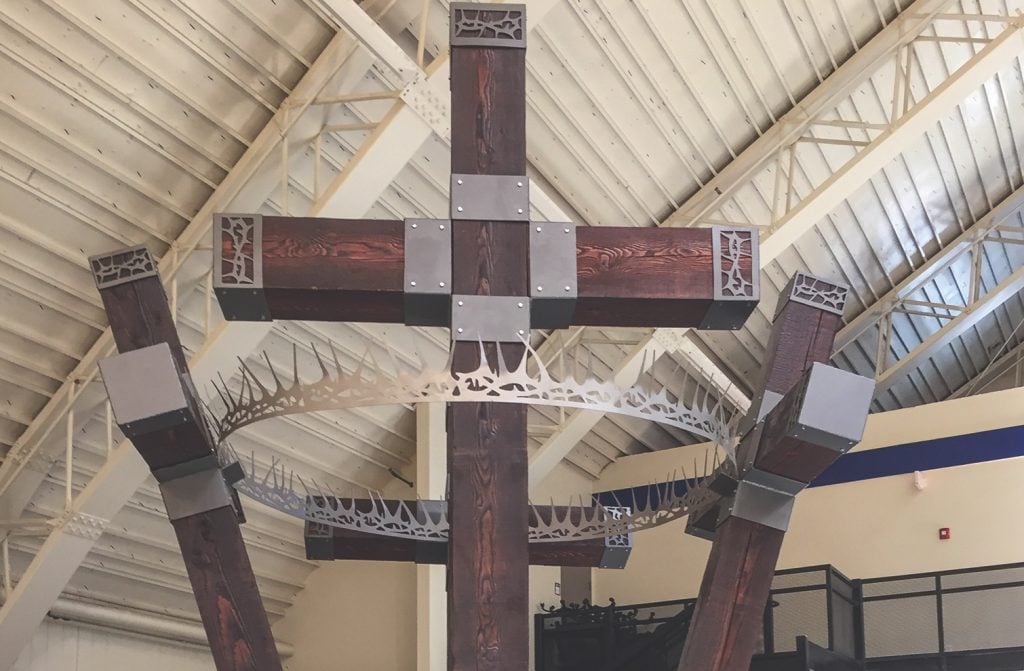 No one expected wooden crosses to tower 20 feet in…