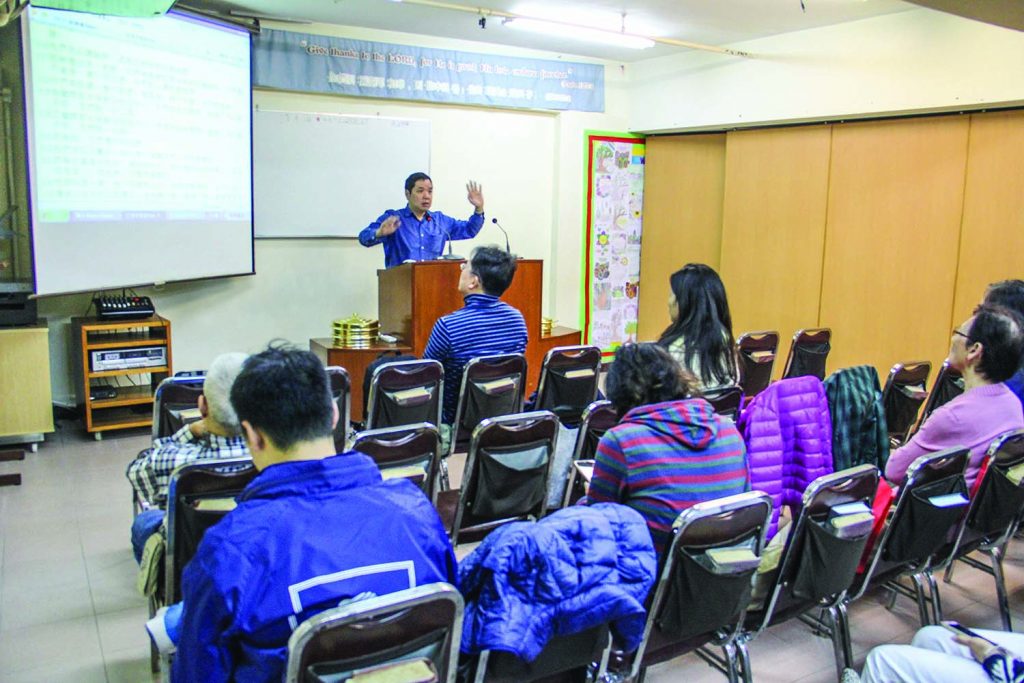 Chinese congregation growing despite challenges. Those in Hong Kong compare conversions to the story of the blind man in Mark 8.

Erik Tryggestad
President and CEO
HONG KONG – Before more than 100 Christians fill the sanctuary of the Wanchai Church of Christ to worship in English, about 25 believers gather for Sunday services in Chinese.

K.S. Chan leads hymns translated from English to Chinese. A schoolmate invited him to Bible class 35 years ago, and he’s been part of the church ever since.

Minister Siu Ka Ming preaches from Mark 8, telling the story of a blind man whose sight is restored by Jesus after two attempts. At first the man sees only blurry images, but a second touch from the Messiah clears his vision.
“Once more Jesus put his hands on the man’s eyes. Then his eyes were opened, his sight was restored, and he saw everything clearly.” (Mark 8:25)
Soon after, Jesus tells his disciples that he must endure great suffering. They don’t understand. Peter even rebukes him.

“It took multiple touches by the Savior for the blind man to see — and for Jesus’ disciples to understand his mission,” Siu explains. “Likewise, we sometimes don’t understand, and we don’t ask.” 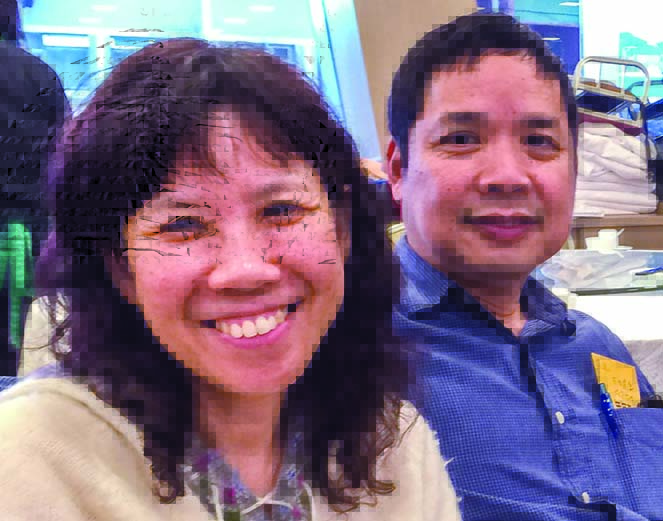 People in Hong Kong don’t ask questions about faith — or the future, the minister says. Formerly a British colony, the island was an overseas territory of the United Kingdom until 1997, when its sovereignty transferred to China under the terms of an agreement reached by the two countries in 1984.

Now a special administrative region of China, Hong Kong retains its free-market system and its currency, the Hong Kong Dollar. Unlike mainland China, visitors from the U.S. don’t need a special visa to enter Hong Kong.

Life is fast-paced and jobs are demanding, Siu says. Christ-followers struggle to find balance. On most Sundays, half of the Chinese congregation is traveling for business or pleasure. Thanks to discount airfares, it sometimes is cheaper to spend a weekend in Thailand or Cambodia than to stay in Hong Kong, the minister says.

Despite the challenges, the Wanchai congregation, launched in the 1960s with help from U.S. missionaries, now is self-supporting and owns its meeting place. The church supports mission efforts overseas and locally — including its outreach to domestic helpers from the Philippines.

The Filipinos bless the entire congregation, says Siu’s wife, Dora Chan. When a month has a fifth Sunday, both language groups spend it together, worshiping and enjoying a pot-luck dinner Chan describes as “an international buffet.”

Multiple touches by the Savior may be necessary to convince Hong Kong’s busy, burdened people of their need for Christ, church members here say. As they pray for those opportunities, they rejoice at the harvest of souls from abroad — even if it means a bit more crowding at their combined worship services.