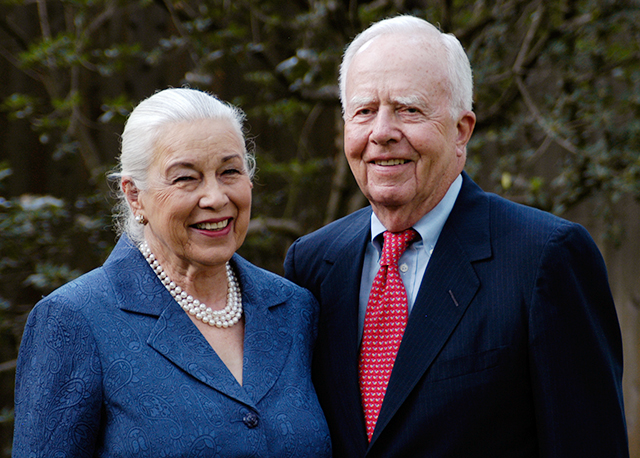 The death of Dr. Charles Branch Sr. is a tremendous loss to the world.
He was one of the great intellects of his generation, and he made significant contributions in his work as a neurosurgeon. He was an exemplary elder in the Lord’s church and a devoted husband.
I first began hearing of Charles while he was doing his residency at McGill University’s Neurological Institute in Montreal, Quebec. His wife is the sister of our lifelong friend JoAnne Boswell North, and we often heard stories about the Branch family and their experiences in Canada. Even though he was fully engaged with his medical work, he and his family were instrumental in establishing the Lachine Church of Christ.
In 1982, I joined a group of students who were going to Montreal to work with that church. Charles had done much of the preaching and teaching as the church was getting started. The congregation had a small but useful building.
While planning for that campaign, I learned that the Branches and about 50 members of the MacArthur Park Church of Christ in San Antonio were going to be in Montreal about a month before we would be there. Charles had established the criteria for making the trip: a number of memory verses, spiritual disciplines practiced in preparation and mastering Bible lessons to teach.
Through the Norths, I met Sylvia and Charles a couple of times, but I only came to know Charles in the mid-1970s when his children began attending Oklahoma Christian University. I learned that he had been an English major at Vanderbilt University and that his favorite professor was Walter Clyde Curry, a legendary scholar who had published a major book on each of the three great English writers — Chaucer, Shakespeare and Milton. Charles, a great storyteller, often told about specific lectures he remembered from Dr. Curry.
On one occasion, Charles was telling about his first opportunity to see a Shakespearean play, “Macbeth.” He didn’t like it. He dramatized his pain at hearing such terrible rendering of Shakespeare’s great lines.
He could quote long passages from his favorite Shakespeare plays, though the work he loved best was “Cyrano de Bergerac” by Edmond Rostand. Charles delighted in acting out his favorite scenes of that great comedy.
Joyce and I recall with great fondness our trip to the Bible lands with Charles and Sylvia. Stafford North organized the trip, and all the travelers studied the people and places significant to the travels. Charles and Sylvia were only present for a couple of the study sessions, but on the trip Charles delivered a running commentary on the sites we were visiting.
I remember vividly his rejecting the guide’s suggestion about the place of the transfiguration. Charles had studied the matter carefully and had a logical conclusion for his view.
Charles regularly taught an adult Bible class at the MacArthur Park church. On a visit to a San Antonio, I attended his class and heard a marvelous exposition of Jesus’ prayer in John 17. He began by quoting the passage from memory, and although he had pages of notes, he never looked at them during analysis of the prayer and its theology.
Once, when Oklahoma Christian University’s trustees were meeting in San Antonio, the Branches invited everyone to their ranch for dinner. We were able to see how he had become a first-class rancher as we toured his land.
Later, after we had eaten, Charles got out his slide projector and began showing photos of the operations performed at Nigerian Christian Hospital. His love for that work was so great that he wanted everyone to know about it and support it. One of his favorite stories was about working at the hospital with his son, Charles Jr., also a distinguished neurosurgeon, and his granddaughter — three generations of doctors. He also did medical mission work in Haiti and Guyana.
Charles and Sylvia have been my heroes for years. They are intellectuals of great faith and service. They have raised five remarkable children who are intelligent, focused and faithful to God.
The world has lost a great humanitarian and godly Christian. We are not likely to see a man of his stature again.