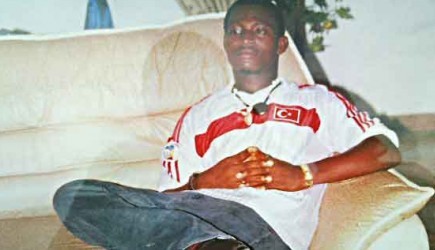 Charges against Christians dropped in drowning death of minister

Erik Tryggestad
Just days after their baptisms, two new Christians in the African nation of Ghana were jailed and charged in the death of the man who baptized them.
The tragedy happened in the village of Mensakrom, west of the capital, Accra. Derick Ayensu, an evangelist in the nearby city of Swedru, was visiting a congregation in Mensakrom for Sunday worship.
After the service, the two men asked to be baptized. Ayensu took them to the edge of a river. Recent rainfall had flooded much of Swedru and knocked out bridges in the city. It also made the rivers that flow through the region dangerous.
Ayensu baptized the two men and left the river without incident. Then Ayensu returned to the river to rinse off his feet. He slipped and was washed downstream.
His body was found six days later, said Christopher Arthur, a minister in Swedru who coordinates the village ministry.
“Police came and arrested the two new converts (and) the brother in charge of the village church,” Arthur said, “and the police wanted to charge them with negligence of duty leading to death.”
The three men spent several days in jail before they were released. Arthur also was arrested and spent the night in jail, but was released.
After days of prayer and court appearances, the charges were dropped. As they emerged from the courtroom in Swedru, family members “poured talcum powder on the freed Christians to signify victory,” said Noah Mends, another evangelist in the Swedru region.
More than 500 people attended a memorial service for Ayensu, Mends said. Baptized in 2005, Ayensu was an active leader in the Swedru congregation.
“Derick died as a great hero for the Lord, like John the Baptist during the time of King Herod,” Mends said.
Overwhelmed by the show of support, Ayensu’s father and aunt, who were not Christians, were baptized one day after the funeral, Mends said.
RELATED BLOG POST: Christians freed, souls saved after baptism drowning