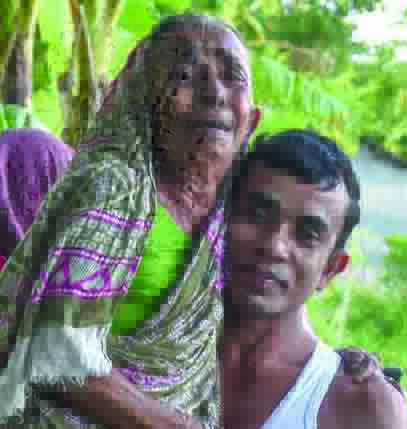 Staff Reports
MADARIPUR, Bangladesh — After he showed her the Way, he carried her to the water.

Prodip Baraigi, a convert to Christianity in the Asian nation of Bangladesh, studied at Khulna Bible College, a ministry training school associated with Churches of Christ. He then returned to his native Madaripur District and began working for a hotel. He also shared his faith with his family, said Michael E. Brooks, missions minister for the Highland Park Church of Christ in Muscle Shoals, Ala. Brooks makes regular visits to Bangladesh and Nepal and assists the Bible college.

At Baraigi’s request, Brooks visited the family and studied with them. Five family members, including Baraigi’s parents and younger brother, requested baptism. 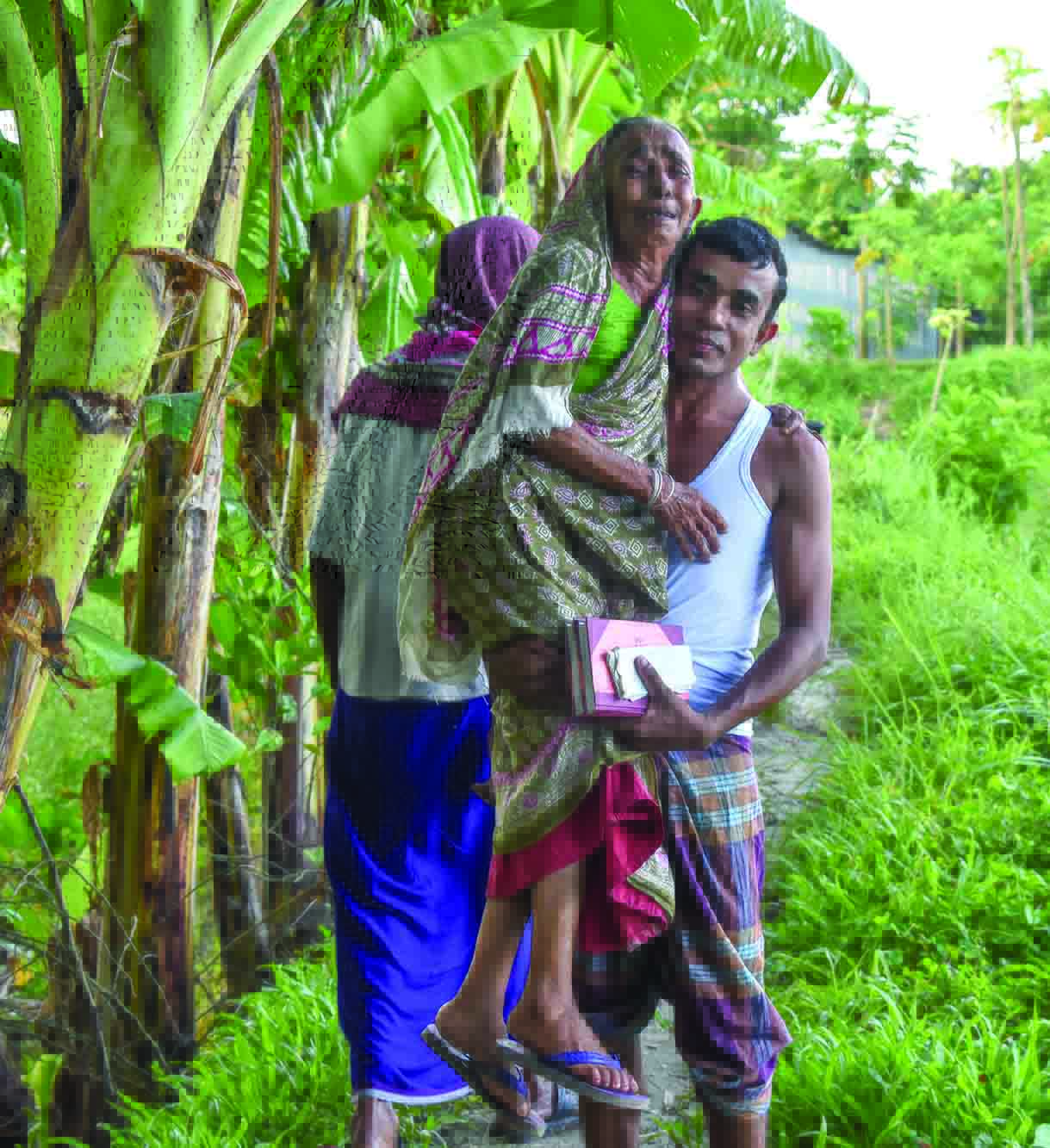 Prodip Baraigi carries his mother along a path in Bangladesh. He’s taking her to a canal where she and several other family members are to be baptized.
“His mother is very frail,” Brooks said. “She walked maybe 50 yards up the road to the path that led to the canal where we baptized them, but Prodip and his younger brother carried her from there.”

The family forms the core of a new Church of Christ — the first in Madaripur — as Baraigi works to reach other souls in his homeland, Brooks said.
More Stories From the april 2017 Issue
• ‘This was the thing she wanted most’
• Syrian refugees find ‘second family’ in Canadian churches
• Want to read the full issue? You can download the April 2017 issue and previous issues HERE.