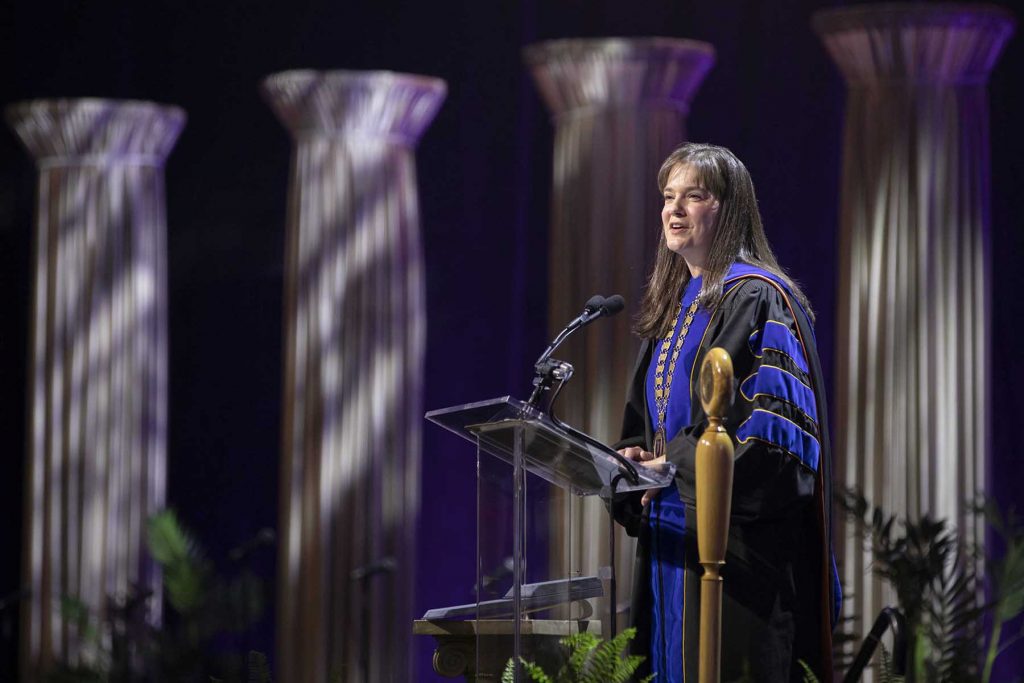 The Tennessee institution's 18th president, and its first female CEO, aspires to be 'a role model for all students.'

NASHVILLE, Tenn. — A solitary bell tolled 13 times, once for each decade of Lipscomb University’s history, as black-and-white photos of its past presidents appeared on the giant screens of Allen Arena.

There was James A. Harding, who cofounded the institution with David Lipscomb in 1891. Then followed names including E.A. Elam, E.H. Ijams, Batsell Baxter (who served twice), Willard Collins, Harold Hazelip, Steve Flatt and L. Randolph Lowry III. Sixteen men in all.

Finally, there was Candice McQueen. 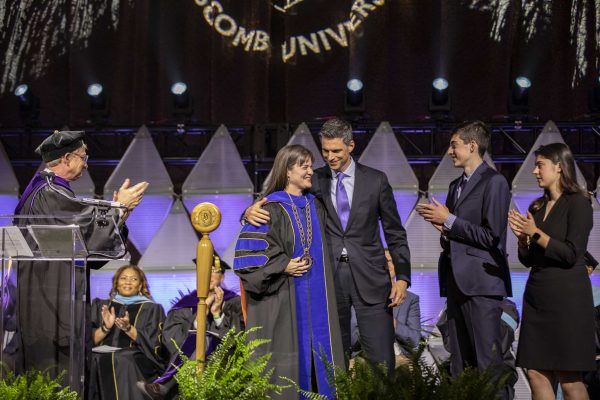 Candice McQueen celebrates with her family as she is installed as Lipscomb University’s 18th president.

As she watched the faces of her predecessors flash by, it wasn’t the uniqueness of her role as Lipscomb’s first female CEO that stood out to her, McQueen told The Christian Chronicle. Rather, “it was more the history and the legacy of stewardship that I need to carry forward.”

After six months on the job, McQueen was officially installed as Lipscomb’s 18th president Tuesday among a crowd of students, alumni and dignitaries from the realms of academia and politics. The institution, which is associated with Churches of Christ, has 6,000 students enrolled in its undergraduate and graduate programs plus its K-12 school, Lipscomb Academy.

For McQueen, a 1996 Lipscomb graduate, the emotional high point of the ceremony was watching a video of Hazelip, who was president during her years at the university. Now age 91, Hazelip wished her success and God’s blessing on her presidency.

“Who knew that this many years later that I would get an opportunity to follow in his footsteps?” McQueen said. When asked about the significance of serving as her alma mater’s first female president, she said she aspires to “be a role model to all students, but yes, to females who aspire to be leaders … to show them that it is possible. You can be a leader. You can carry your faith forward. You can be what you want to be.”

McQueen, 47, worked as the dean of Lipscomb’s College of Education from 2008 to 2014 and also as a senior vice president for one year. At the end of 2014, former Gov. Bill Haslam, a Republican, appointed her to oversee the Tennessee Department of Education, a high-profile role she held until 2018. Before her appointment at Lipscomb, she worked with the nonprofit National Institute for Excellence for Teaching. 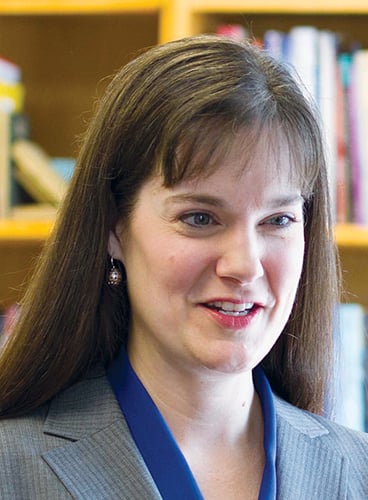 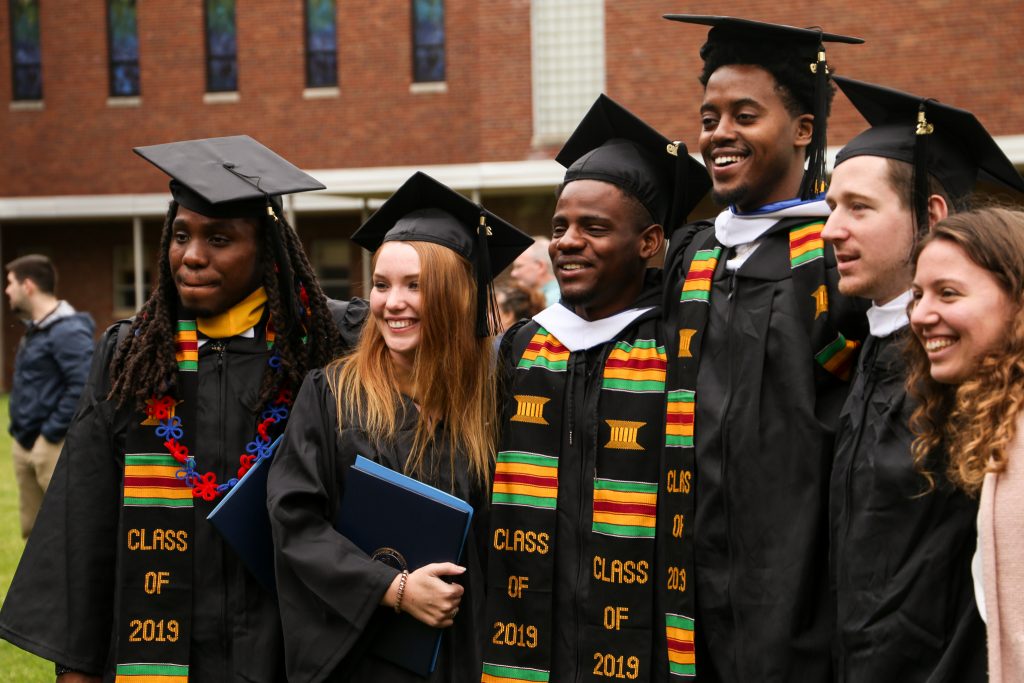