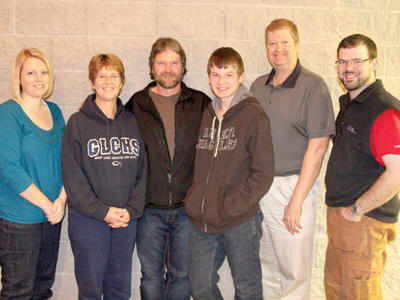 NiagraThisWeek.com reports on a team of Canadian Christians headed for Nicaragua early next year to dig water wells.
The team includes members of the Tintern Church of Christ and the Beamsville Church of Christ, both in Ontario. One 16-year-old on the team is a student at Great Lakes Christian High School, associated with Churches of Christ. (See our recent series on Churches of Christ in Canada.)
The website reports:

Roger Perry knows that water is a luxury.
To most Canadians though, it doesn’t seem that way; we have clean water at the turn of the tap. But for many living in the poorer countries of the world, clean water is out of reach.
Perry grew up in India, where his missionary parents ran a school. Though not considered a third world country, India is a developing nation and in some of its rural regions, access to safe and clean drinking water remains an issue. The lack of clean water is more apparent in third world countries, like Guatemala, where Perry and friend Geoff Taylor dug wells last April, and Nicaragua, where the two Beamsville residents are headed in February, with seven others as part of a mission trip of Tintern Church of Christ.
“I can appreciate the luxury of water,” said Perry, who has been heavily influenced by his parents’ missionary work. “I know how lucky we are to have pure, filtered water at our fingertips. It is such a rewarding experience to be able to provide that for somebody else.”