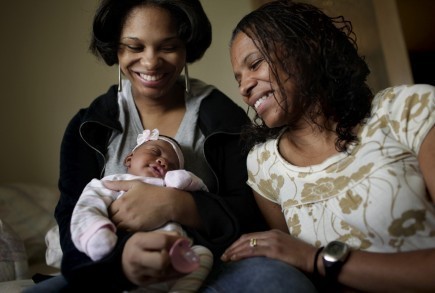 Can generations grow together?

Five generations of Phil Wilson’s family have worshiped with the Otter Creek Church of Christ.
His great-grandfather J.W. Brents preached for the Nashville, Tenn., congregation when it met on Granny White Pike. Brents also worked alongside Marshall Keeble at the Nashville Christian Institute, a school for black ministers in the days before desegregation.
Through the decades, Brents’ family has stayed in the church. Wilson worshiped elsewhere for a time, after his parents’ divorce, but returned to Otter Creek about 17 years ago.
“It is home,” he said. “My family belongs there. My kids have friends there. My wife and I have relationships there that are deeper than dissatisfactions that we might feel.”
Multiple generations of the same family often worship at the same church — sometimes on the same pew. As life spans increase, age diversity is on the rise in faith groups.