Florida church planters look to the Bible for inspiration as they seek to ‘reclaim’ a skeptical generation.

However, Reclaimed Church — the congregation she’s helping plant in Orlando, Fla. — is not a mirror image of her childhood church. 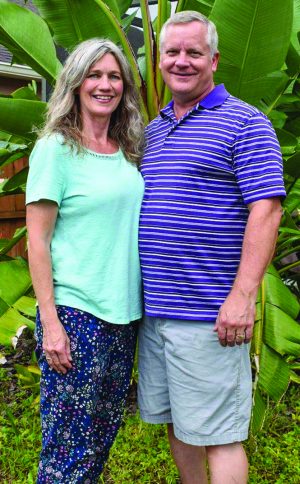 Roslyn Miller and her husband, Andy, are part of a church-planting team.

The Florida believers meet in “missional communities” in homes rather than a dedicated facility. Everyone comes with a song, a prayer, a Scripture or a word of encouragement. An extended time of fellowship over larger-than-traditional portions of the bread and the cup marks the weekly communion.

“This work was born when my husband, Andy, and I and two other families were distressed over the decline of Churches of Christ in number and influence,” said Miller, 54, the daughter and sister of preachers. “So we discussed what we could do to change that trend.”

In the last three decades, the number of adherents in Churches of Christ in the United States has dropped to 1,443,738, according to a national directory published by 21st Century Christian.

That figure represents a 14 percent decline from 1,684,872 baptized believers and their children reported in the same survey in 1990.

“We began to discuss this scenario: If we had no church background and read the Bible today for the first time — and wanted to follow it and be the church presented in the New Testament — what would that look like?” Roslyn Miller said.

Their conclusion: They could be the church they read about in the New Testament and minister to the young adult generation known as millennials — many of them fitting the definition of religious “nones.”

Read all the articles in this series

Since traditional churches seem to turn off many millennials, one member of the church-planting team suggested ‘Reclaimed’ as the name.

“We see ourselves as being reclaimed by Christ to wholeness and spiritual life and, in turn, reclaiming the mission and practices of the church of the New Testament,” Roslyn Miller explained.

The North Boulevard Church of Christ in Murfreesboro, Tenn., pays Andy Miller’s salary, while Roslyn Miller serves on the University of Central Florida faculty. The other two couples on the church-planting team — Joshua and Robin Walden and Brad and Elizabeth Young — rely on secular jobs.

Related: What is a Church of Christ?

The Tennessee church’s senior minister, David Young, said his congregation is “willing to try anything that will bring people to Jesus as long as it’s consistent with Scripture.”

The church planters intend to attract college students “through various mission and service projects and then build churches from those activities,” Young said. “We want these churches to multiply quickly.” 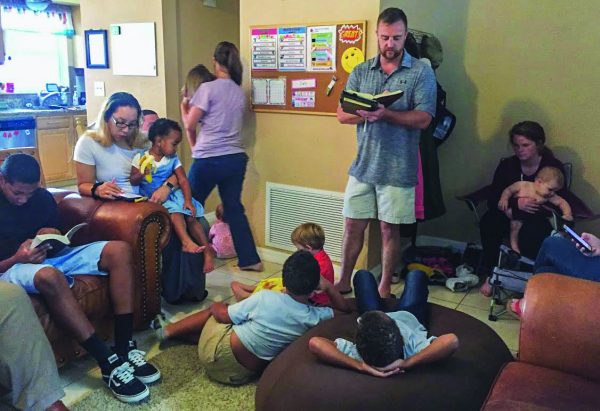 Brad Young, one of the church planters for Reclaimed Church in Orlando, Fla., speaks during a Sunday gathering. The church meets in homes and does not have a building

He’d teach the men on one side of the auditorium, while his wife, Delia, studied the Bible with the women on the other side.

“If the men got bored listening to my great-granddad, they could tune him out and listen to my great-grandmother,” quipped Miller, relating an anecdote shared by her dad, Cecil May Jr., retired dean of the Bible college at Faulkner University in Montgomery, Ala.

Four generations of the extended May family worship with Churches of Christ in Arkansas, Florida and Oklahoma.

To give a picture of the family’s experience, The Christian Chronicle interviewed Miller, her father, one of her preacher brothers, her faithful Christian daughter and her nonbeliever son.

“Undoubtedly, there was greater uniformity among Churches of Christ a generation or two ago compared to now,” said Cecil May III, 59, who preached for the Parkway Church of Christ in Fulton, Ky., for 23 years. He recently moved to the Levy Church of Christ in North Little Rock, Ark., where he serves as connecting minister.

“After some stress and angst, I like to think that many churches have dealt with differences by a new respect for autonomy,” May III added. “But it also results in churches not having as much cooperation as previously.”

Cecil May Jr., front center, celebrates his 85th birthday with his children, grandchildren and great-grandchildren at a family member’s home in Edmond, Okla.

Growing up, Cecil May Jr., 86, said he was taught about grace and “a real undenominational concept of church.”

“I think lines of division, including even refusal of any association, have been drawn over too many differences,” said May Jr., an elder and Bible teacher for the University Church of Christ in Alabama’s capital city.

Related: Can Churches of Christ be saved?

“In the early days of the Restoration Movement, there continued to be love, association and friendly discussion in the spirit of ‘Come, let us reason together’ instead of ‘Let’s drive the dissenters out of the brotherhood,’” added the grandfather of five and great-grandfather of three. “Most of our problems would be solved if we listened to the ‘meekness and humility’ parts of the admonitions to correct one another.” 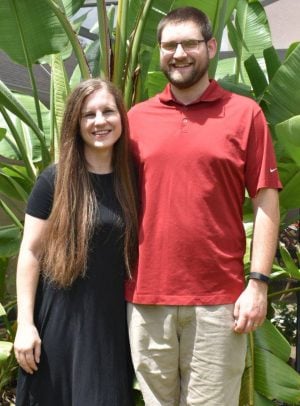 Bethany Cowdrey, with her husband, Jared.

At age 30, Bethany Cowdrey sees challenges for Churches of Christ but said congregations she has attended “strive to follow God and his word and demonstrate kindness.”

Cowdrey, the Millers’ daughter and May Jr.’s granddaughter, attends the Edmond Church of Christ in Oklahoma.

“I believe the most important issue today is finding the balance between upholding biblical principles while manifesting Jesus’ love, grace and mercy,” Cowdrey said, citing a variety of Scriptures that stress obedience and compassion.

“For some reason, people seem to think that you have to take one side or another, but that is not the case,” she added. “If we are truly following Christ’s example and his church, then they are inseparable.” 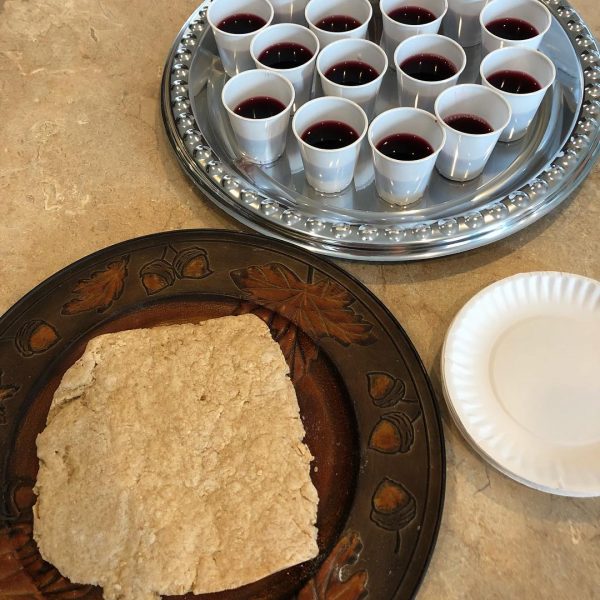 The communion bread and fruit of the vine at Reclaimed Church on a recent Sunday.

From firm believer to atheist

Cowdrey’s brother, Jonathan Miller, 27, grew up active in church life and mission trips. He recalls being a “firm believer in God.”

“There’s quite a few people from my youth group … that still believe in God but rarely are involved with their local church.”

As a student at Harding University in Searcy, Ark., he enjoyed church services and devotionals with friends. At some point, though, he lost his faith. His questions about the “young earth creationism” he learned as a boy contributed to his journey to disbelief.

“There’s quite a few people from my youth group, along with other childhood friends in the CoC that I can think of, that still believe in God but rarely are involved with their local church,” said Jonathan Miller, who lives in Ocala, Fla.

He said he can’t speak to why young people who believe in God leave the church, but for nonbelievers such as himself, “Their reasons for leaving Christianity have less to do with aspects of church and more to do with a personal change in philosophy of why they no longer believe in God.”

Still, Jonathan Miller said, “In my view, there are still too many churches stuck in the old traditional ways of doing things that simply won’t appeal to how the culture of younger generations has been changing. But I know that there are those who are also trying to change for the better, which I think younger people will appreciate when they see it.”

As for his own faith — or lack thereof — he said he always will remain open to the idea. “But,” he said, “it’s hard for me to see at this point what it would take for me to go back to being a believer.”

May Jr., Jonathan Miller’s grandfather, said: “He is struggling with his faith right now. We are praying that he will come out at the right place.”

Shauna’s old self was buried with Jesus Christ this evening, and she rose as a new creation! The Walden family who have helped Shauna along her journey of faith for the last seven months baptized her together. Rejoice with us! 🙌🏻🙌🏻🙌🏻👏🏻👏🏻👏🏻

Back in Orlando, Roslyn Miller prays, too, for her son while working to reach other millennials with the Gospel.

“For the population we have chosen to evangelize,” she added, “it was important enough to make clear our non-denominational nature that we decided not to use the name that each of us … grew up with and dearly loves for its biblical simplicity.”