At Brigham Young University, diverse panel discusses media coverage of religion — and what to do if a reporter calls.

PROVO, Utah — This is definitely not Church of Christ country.

Utah boasts fewer than 1,100 adherents of Churches of Christ — to go along with, oh, 2 million or so Mormons.

Suffice it to say that my wife, Tamie, and I were outnumbered during a recent visit to Brigham Young University, the flagship university of the Church of Jesus Christ of Latter-day Saints.

Nonetheless, we had a terrific time and got to know kind people with different beliefs from our own.

“I understand Campbell is a pretty important name in Churches of Christ,” Joel Campbell said, smiling, as handshakes and introductions were made. “No relation that I know of, though.” His comment was a reference to Alexander Campbell’s role in the Restoration Movement. 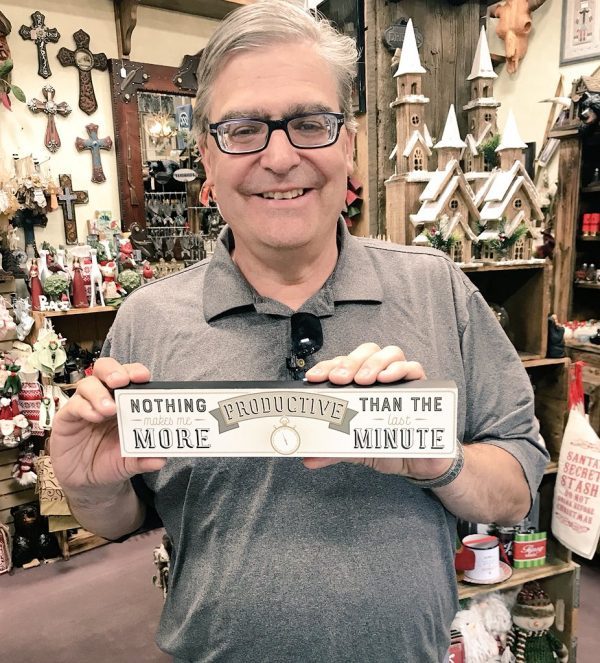 Joel Campbell, a Brigham Young University journalism professor, endorses a message on a sign at a souvenir shop in Park City, Utah.

Joel and Jolene Campbell hosted us for a night and showed us sights such as the Bridal Veil Falls waterfall in the scenic Provo Canyon. In the quaint tourist town of Park City, the Campbells and the Rosses browsed bookstore shelves and souvenir shops and discussed politics and religion over pizza. 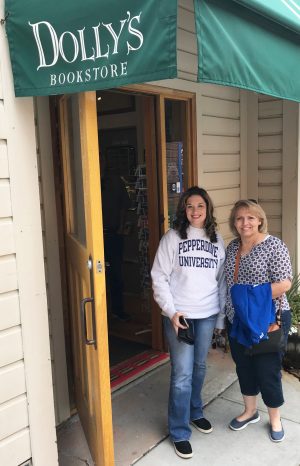 As we talked about our respective faiths and current events, we discovered shared convictions. Our time together became more than a meal — it evolved into a forum to ask, answer and better understand.

“Isn’t it nice to be able to talk like this without fear that there’s an agenda?” Jolene Campbell said.

That same, healthy level of dialogue continued the next few days: Joel Campbell, a journalism professor, had invited me to speak at a religious freedom conference hosted by BYU’s International Center for Law and Religion Studies.

I joined a diverse panel of journalists and attorneys — moderated by Hannah Clayson Smith, senior fellow at the BYU center — to discuss media coverage of faith.

Related: ‘Everyone Has a Story’: In a digital age, tips for sharing yours

In an era in which many conservative believers are skeptical of mainstream news organizations — and sometimes justifiably so — part of the conversation touched on how religious leaders should respond to inquiries from reporters. 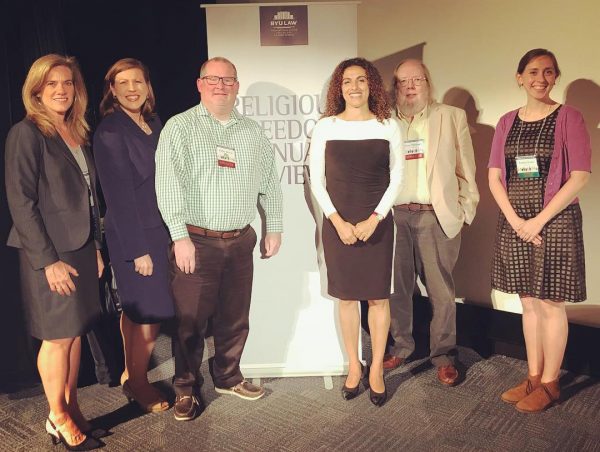 “Silence is not going to make the stories go away,” said Terry Mattingly, an Orthodox Christian and nationally syndicated religion columnist who lives in East Tennessee.

“Silence is not going to make the stories go away.”

Mattingly recommends “some sort of careful interaction and face-to-face interviews” and perhaps printed materials to help educate a journalist on the topic discussed. He also urges sources to record interviews, even though some reporters might consider that a “hostile act.”

“I think sometimes, if you know you’re dealing with very tricky subjects, it’s good to know what you actually said,” Mattingly said.

“Seek out the reporters who actually are fair.”

But taking a longer-term view about how a particular religious group is perceived, Green said, a source might want to go on the offensive.

“Seek out the reporters who actually are fair, and try to develop a relationship with them,” she suggested. “And try to give them the things that they need in order to write good, fair stories about you.”

Posted by International Center for Law and Religion Studies on Thursday, June 21, 2018

At the same time, religious leaders must understand that “it’s not the journalist’s job to do a PR piece about the church,” said Holly Hollman, general counsel and associate executive director for the Baptist Joint Committee for Religious Liberty in the nation’s capital.

“As religious communities, we have to not be so sensitive.”

“As religious communities, we have to not be so sensitive to the fact that we’re going to be criticized,” Hollman said.

“We want to be out in the public square. We want to be respected,” she added. “And some of that is going to be based upon how we treat other people with respect, how we take criticism and what we’re willing to reveal about ourselves and our traditions and beliefs.”

Sahar Aziz, a Muslim civil liberties advocate and law professor at Rutgers University in New Jersey, urged: “Do your due diligence on the journalists. Read their stories. Find out. Because you can then predict the questions. Don’t answer their question. Answer the question you want them to ask, and take control of the interview. It’ll frustrate them to no end, but you will technically be cooperating.”

As a journalist, I can’t endorse all of that advice.

But this guidance from Mattingly does resonate with me: “Stop asking reporters where they go to church.”

“Stop asking reporters where they go to church.”

He elaborated: “Instead of asking them that question, ask them how long they’ve covered religion. What they tell you back about their own journalism experience or what they’ve done to train for this beat will help you know what kind of information you need to get for them.”

I spoke on a panel this afternoon on media coverage of religious freedom. Enjoyed the discussion with @kelsey_dallas and attorney Gene Schaerr, moderated by Carrie Moore. pic.twitter.com/iK5544XG7a

But a political reporter making a rare foray into the world of faith?

Depending on the specific story, it might not hurt to explain concepts such as grace and forgiveness.

Related: Christian Chronicle named ‘Best in Class’ for fourth year in a row

My advice: Treat a journalist who calls as a neighbor and a child of God — not as “an enemy of the people,” as some politicians like to characterize the news media.

Be careful and thoughtful, yes.

But don’t forget to be kind and respectful, too. Just as you would when making new friends like the Campbells.

Permit me to brag on my colleague Bobby Ross Jr.,…