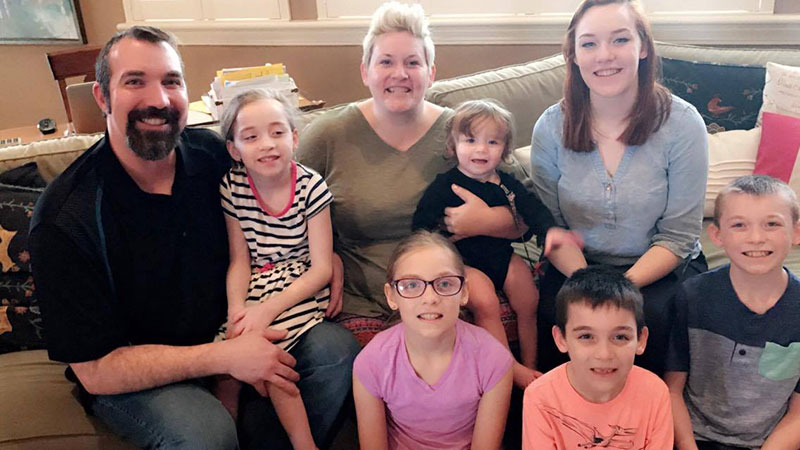 Erik Tryggestad
President and CEO
A minister, his wife and their six children packed one backpack each and left their home in northern California after military personnel warned of potential severe flooding from the tallest dam in the U.S.

“We were blessed to be able to find someone to shelter all eight of us with comfortable beds,” Sarah Heltsley told The Christian Chronicle, just hours after she and her family evacuated. “Otherwise, we would be located at one of the emergency shelters.”

Her husband, Addam, is minister for the Peach Tree Lane Church of Christ in Yuba City, Calif., which meets about 35 miles south of the Oroville Dam. The local sheriff’s department asked the Heltsleys — and about 188,000 other Californians who live downstream from the dam — to leave their homes for higher ground Feb. 12. 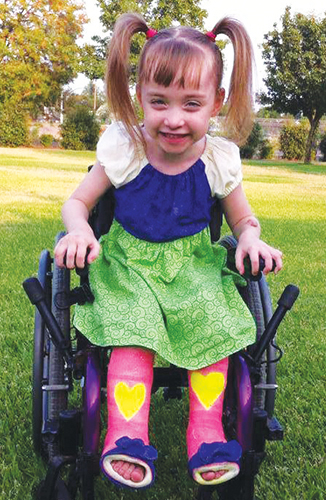 One of Addam and Sarah Heltsley’s children, Addie, who has cerebral palsy, won a 2014 contest to receive free feeding tube food for a year — thanks in part to votes from Christian Chronicle readers. A few months later, Addie Heltsley battled Darth Vader. (PHOTO PROVIDED)
Waters in the Oroville Dam, in the foothills of the Sierra Nevada mountains, have risen rapidly this winter due to heavy rain and snow — following five years of severe drought in California. Last week, a gaping hole appeared in the dam’s main spillway, prompting state officials to begin releasing water into an emergency spillway for the first time in the reservoir’s 49-year history, USA Today reports.

Though the dam itself is intact, erosion on the emergency spillway could cause the spillway to fail, resulting in severe flooding in downriver communities.

“When we left, our neighborhood was completely barren of cars and very quiet,” Sarah Heltsley said. However, “the roads leaving out of the evacuation zone were completely plugged — double lanes of traffic on one-way roads. What is normally a 15-minute drive (to nearby Sutter, Calif.) took us almost three hours.”

As his family waits for news, Addam Heltsley is helping at a nearby shelter, making sure that the homeless evacuated from their community have their medications and helping them find rides to places they can stay long term if needed.
The minister serves as a board member for the Regional Emergency Shelter Team, or REST, a resource for the homeless. A fellow board member is housing the family.

“Our biggest prayer right now is that the DWR (Department of Water Reources) working on the dam is locating the issues and can come up with a plan regarding the dam,” Sarah Heltsley said, “and that everyone stays safe.”