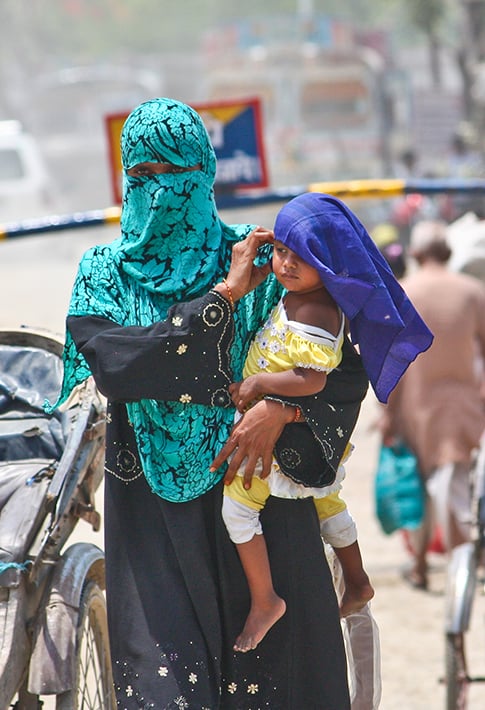 Update: The death toll has risen above 5,000 in Nepal — including at least four members of Churches of Christ. Read our update.

At least 1,800 people in the Himalayan nation of Nepal are dead after the country’s worst earthquake in more than 80 years, the BBC reports.

Power is sporadic in the nation’s capital city, Kathmandu, but The Christian Chronicle has received a few short messages from relatives of Christians in Nepal.

The meeting place of a Church of Christ in the country’s Makwanpur district, near Kathmandu, has collapsed, said Dev Lal Moktan, a Nepali Christian living in Connecticut. No members are reported injured or missing at this time.

“A denominational church in Kapan (a village in central Nepal) has also collapsed,” Moktan said. “But, unfortunately, most of its members were in the building when the disaster occurred. The rescue team is still on their way inside and they can hear voices coming from within the rubble.”

Moktan and church members in Nepal have studied ministry via the Internet with the Jamaica School of Preaching, as we reported in 2013. Minister Gladwyn Kiddoe directs the school.

“It was less than two hours after Dev and I had completed a marathon, two-and-a-half-hour class from Jamaica to Nepal that the earthquake hit,” Kiddoe told The Christian Chronicle from Kingston, Jamaica. The class, for the first time, included a group of sherpas — known for their skills as guides for those who attempt to climb Mount Everest.

“I just thank God all the saints are safe,” Kiddoe said. “We are devastated by the news.”

In Kathmandu, the members of the Kamal Pokhari Church of Christ are shaken, but unharmed, a family member of minister Krishna Gopal told The Christian Chronicle. We featured the congregation in a 2012 profile of ministry in Nepal.

Linda Egle, a member of the Highland Church of Christ in Abilene, Texas, makes regular trips to Nepal. The nonprofit she founded, Eternal Threads, partners with a Nepali non-governmental organization to fight human trafficking there. (Read our 2012 story about these efforts.)

“They have suffered tremendous loss,” Egle said. “Ramesh is from Gorkha and his wife is from Lamjung. The epicenter of the earthquake was between the two villages. Neither village has any houses left — 70,000 families!”

Eternal Threads asks for donations of $75 — which will by tents, blankets and emergency food and water for a family of four.

Donations may be sent to:

Check back for updates and additional ways to help.