At its 60th anniversary, historic Brazil mission team celebrates past, present and plans for future ministry.

ADDISON, Texas — “It’s unlike any other mission team that has ever existed or will ever exist again.”

Caroline John used those words to describe the 26 adults and 18 children who boarded a boat bound for the South American nation of Brazil in the summer of 1961.

Six decades later, 16 surviving members of the team — including John’s mother, Carol Vinzant — gathered in a Dallas-area hotel. Surrounded by their children, grandchildren and great-grandchildren, they traded stories from their shared past as their descendants shared dreams for the future. 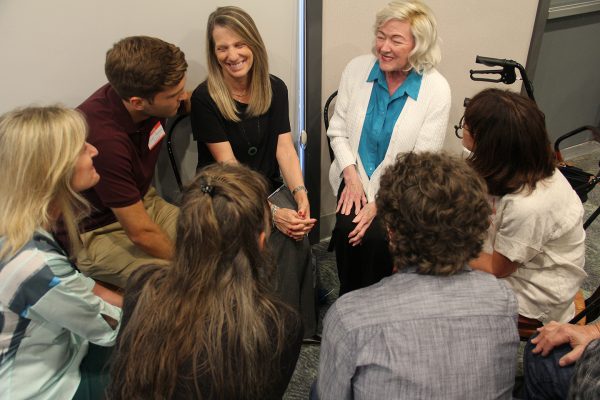 Dot Stewart, at right in blue, talks with members of the Dutton family and other descendants of the 1961 São Paulo team.

“When I was in the seventh grade, I prayed that God would use me to be a missionary,” said Dot Stewart, “to go to Africa or anywhere. And I didn’t remember that prayer until I was in Brazil.”

Stewart served alongside her late husband, Ted Stewart, on the 1961 team. “We were all naïve and inexperienced,” she said, “but to think about what God did with us, with our little team … it just grew and today it’s amazing.” 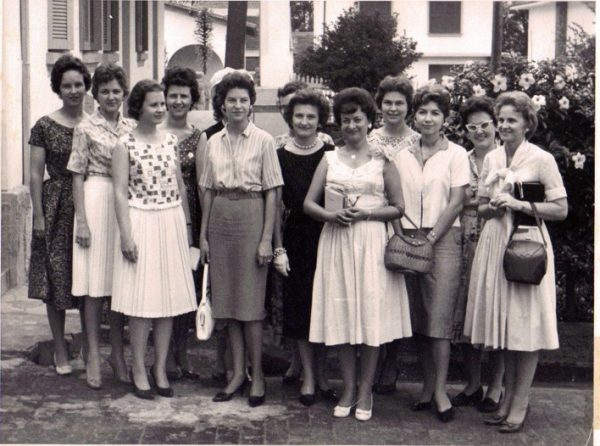 The 13-family team was “little” only in comparison to its mission field — São Paulo, Brazil’s most populous city. The team, joined by three more families a few years later, probably could have fit into the meeting places of the two Churches of Christ that existed in São Paulo at the time, said team member Howard Norton, but that would have left no room for actual Brazilians. So the young missionaries fanned out across the city, sharing Jesus, planting new churches and training new believers to evangelize their homeland. 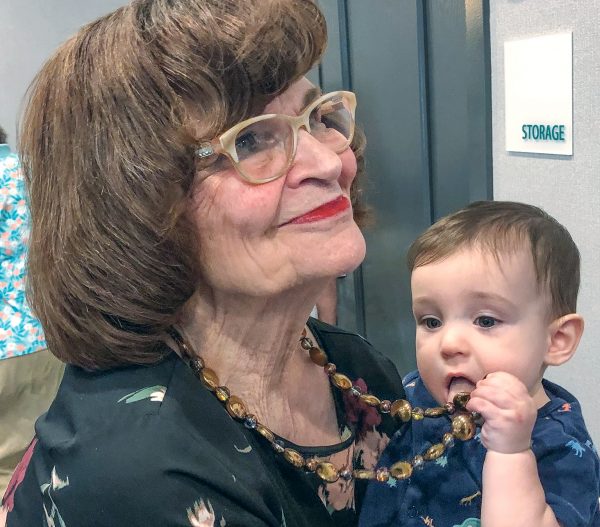 Carol Vinzant holds her great-grandson, Titus Wiles, at the reunion.

“And today, over 350 churches have been established, due in large part to your efforts,” Michelle Mickey told the veteran missionaries, including her parents, David and Carolyn Mickey. “The many lives this team has brought to Christ are too numerous to count.”

Then Mickey announced that the second generation had raised $50,000 to launch an endowment to “continue accomplishing what our parents dreamed about: sending Brazilian Christians to disciple and equip new believers all over Brazil.” Great Cities Missions, a nonprofit created by members of the São Paulo team, will oversee the project, dubbed Shoulder to Shoulder. 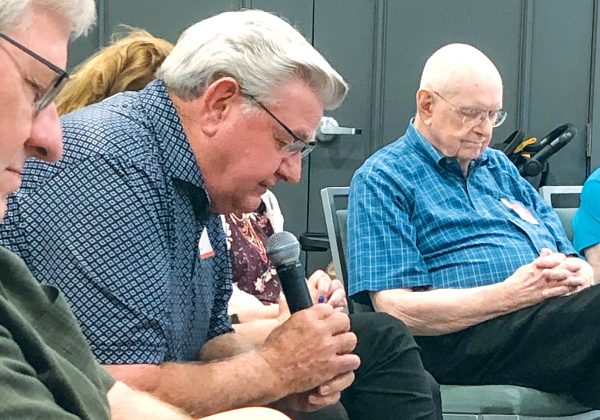 Budo Perry, an engineer who did mission work in Brazil in the late 1960s, prays during a time of fellowship among family and friends of the São Paulo team.

The announcement was “a surprise beyond a surprise,” said team member Phyllis Huff. And it was most welcome. Despite the joy she felt being with her family of faith, there also was “a touch of what I would say was melancholy.” Every year the original team gets smaller.

The initiative shown by their children reminded the team members, now in their 80s and 90s, of their dream “to convert the whole country,” Huff said. “We went believing that we would be able to touch every soul in Brazil. We were very imperfect people depending on God’s grace.”

“We knew in our hearts that it was a divine signal.”

Huff’s husband, Lynn, said that before the team left for Brazil, “We learned to survive people slamming the door on us, dogs chasing us, going without a meal or two.”

“We got used to dogs and guns,” Norton said with a chuckle, as he and the Huffs reminisced in the hotel lobby after the announcement.

Norton’s wife, Jane, chimed in, “You might say, ‘Not easily discouraged.’”

The team met at Abilene Christian University, though many of the members had known each other long before their college days. “We were friends long before we ever thought about a mission team,” Howard Norton said. 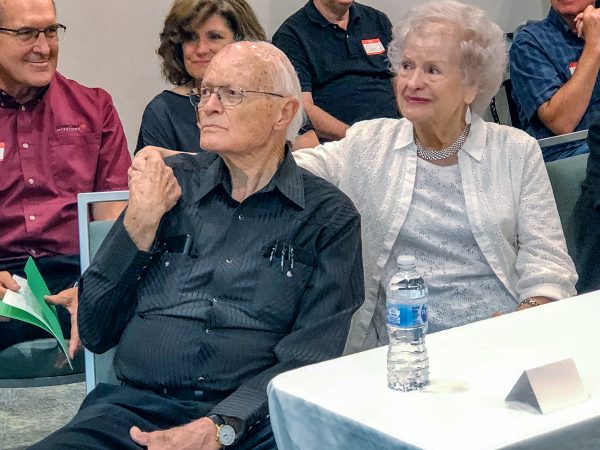 Lynn and Phyllis Huff react to a montage of photos of their time in Brazil. Behind them, far left, is Bryan Gibbs of Great Cities Missions.

Lynn Huff remembered when the Nortons called him in May 1957 to discuss mission work.

“We knew in our hearts that it was a divine signal,” he said.

Norton added, “We moved in with a team. We brought the church with us.” When they disagreed, “we’d go to the mat for our ideas, but then, after the fight, we’d go get coffee or we’d have lunch together, or maybe we’d go to each other and apologize. I think the Brazilians saw that — that we respected each other, but that we also made mistakes and knew how to resolve those mistakes.” 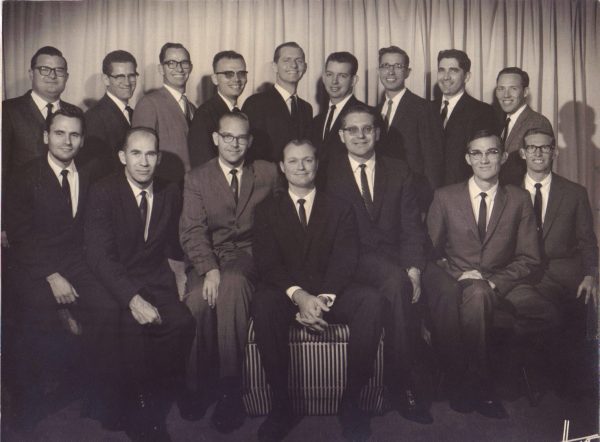 The team became a model for Latin America missions among Churches of Christ, said Antenor Gonçalves, a Brazilian whose family was baptized just before the 1961 team arrived.

“These guys became our heroes, growing up in the church there,” said Gonçalves, who now serves as an evangelist in the Brazilian city of Itu. “They were a great inspiration for all these other teams that came along.” 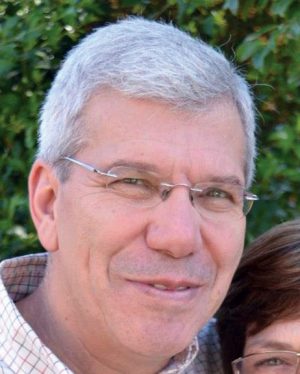 Gonçalves’ wife, Phyllis, served as an intern for the mission team. The couple met at a going-away party for the Nortons in 1977.

As the team members returned to the U.S., most began careers in full-time preaching and academia. Howard Norton taught Bible at universities associated with Churches of Christ, including Harding in Arkansas and Oklahoma Christian. He is a former editor of The Christian Chronicle. Lynn Huff preached for multiple congregations in the U.S.

But the former missionaries stayed connected to Brazil.

“The Brazilians themselves captured the spirit,” Lynn Huff said. “They own their faith. This generation is determined to not only pass on their faith but to maintain and train the next generation.”

‘I see all my moms and dads’

As the former missionaries reminisced, their children recalled the smells of diesel and coffee as they shared stories about the country where they grew up — a place both foreign and home.

Lyle Campbell, the son of team members Jerry and Barbara Campbell, said that one of his first memories was standing in their front yard, gazing up at the heavens on July 20, 1969. He could see stars only visible south of the equator, like the Southern Cross. But his eyes were on the moon, where astronauts Buzz Aldrin and Neil Armstrong would soon set foot.

The moon landing wasn’t broadcast on Brazilian TV, he said. Then several of his fellow missionary kids said they remembered waking up to watch it.

“Great,” Lyle Campbell said with a laugh. “I have so few memories, and I just lost another one!” Perhaps, he pontificated, his parents just told him it wouldn’t be on TV so he’d go to bed. 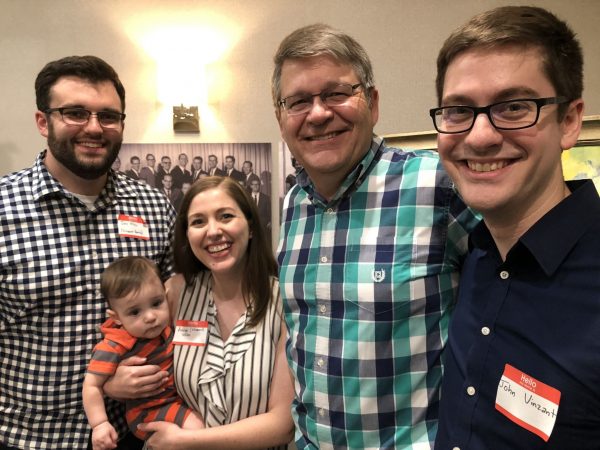 Gene Vinzant was 10 when his family left Brazil in 1973. The years in South America “influenced every part of my life,” he said. Like most missionary kids, he dealt with culture shock as his family returned to a home that had never been home to him. Now a college history teacher in northwest Arkansas, he looks back on the sacrifices made by his parents as a blessing to his own life.

His son, John Vinzant, has never been to Brazil. But the band director and music teacher in Springdale, Ark., said he nonetheless feels a close family connection to all of those who gathered in Dallas to celebrate the team’s 60th anniversary.

“Spirituality for me is very closely tied to family,” he said.

For Trina Muehring, “I see all my moms and dads I grew up with,” said the Stewarts’ youngest child, who worships with the Alameda Church of Christ in Norman, Okla., and helps organize the reunions. 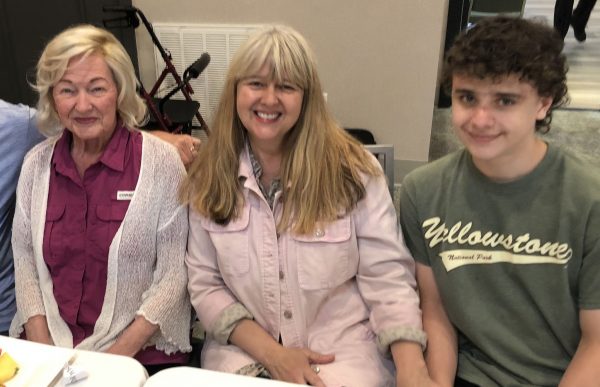 Often, children of missionaries have difficulty explaining their backgrounds. Even simple questions like “Where are you from?” can be complicated, Muehring said. At the reunions, “You can talk with people, and you don’t have to explain. They understand where you came from.”

Muehring’s husband, Jeffrey, died in an automobile wreck in late 2018. Her Brazilian family has helped her endure the loss. Her favorite memory of this year’s reunion was watching her son, Jasper, speak with team member John Pennisi about her father, Ted Stewart, who died in 2012.

“Johnny teared up and said, ‘Your grandpa was my best friend. … We sharpened each other’s swords. Everywhere he went, he was carrying his Bible,’” Muehring said.

“I have this peace that passes understanding,” she added. The reunions remind her that her husband, her father and many more are among the “cloud of witnesses” mentioned in Hebrews 12, watching from heaven.

Great Cities Missions, a nonprofit founded in 1976, has more than 100 families embedded in communities across the region. They teach, preach and plant new congregations.

“I speak for the tens of thousands of us whose faith has been deepened, indeed whose souls have been saved, because of your commitment, your faith and your desire to see the good news of Jesus Christ spread all over the world.”

Bryan Gibbs, the ministry’s director of church development, is a former missionary to Brazil. Jane Norton was his first Portuguese teacher.

The names of the 1961 team “are part of the soundtrack of my childhood,” he said as he spoke to the reunion about the Shoulder to Shoulder Endowment Fund, which Great Cities will use to continue sending new teams of missionaries to Brazil. 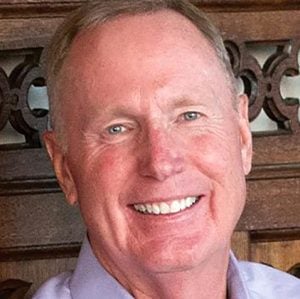 The attendees also heard from another former missionary to Brazil — Max Lucado. The bestselling author studied at ACU and, like some members of the São Paulo team, sold books door to door before he and his wife moved to Rio de Janeiro to serve as missionaries in the 1980s. He credits Great Cities and the São Paulo team as key influences on his ministry.

“I can see almost all of you in my imaginations, recall conversations,” Lucado said of the São Paulo team. “And I speak for the tens of thousands of us whose faith has been deepened, indeed whose souls have been saved, because of your commitment, your faith and your desire to see the good news of Jesus Christ spread all over the world.

“And you will hear, if you have not already sensed the words of your master in your heart, ‘Well done, good and faithful servant.’ … That phrase embodies the shoulder-to-shoulder faith that you all embody.”

Shoulder to Shoulder: The Shoulder to Shoulder Endowment Fund, overseen by Great Cities Missions, will continue the Sao Paulo team’s church-planting ministry. Team member David Mickey said he was “extremely grateful and blessed” that the team’s children and grandchildren set up the fund.

“It is a tremendous honor to us for loved ones and friends to give to this fund for recruiting and training Brazilians to plant more churches in the great nation of Brazil,” he said. “It continues our ministry and dreams.” 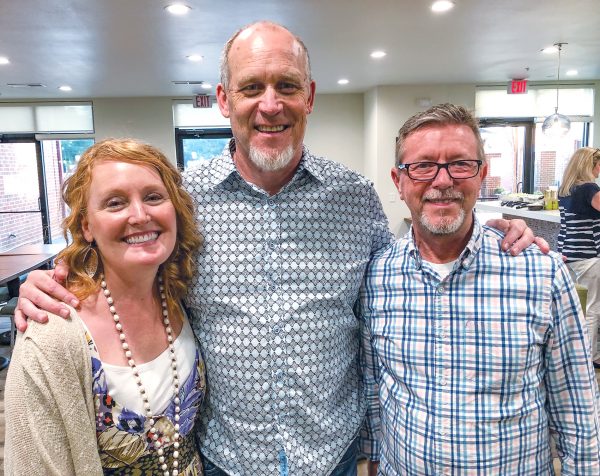 Among the São Paulo team’s second generation are Chris Kreidel (center, with wife Cindy) and Kevin Stewart, minister for the Withamsville Church of Christ in Cincinnati. 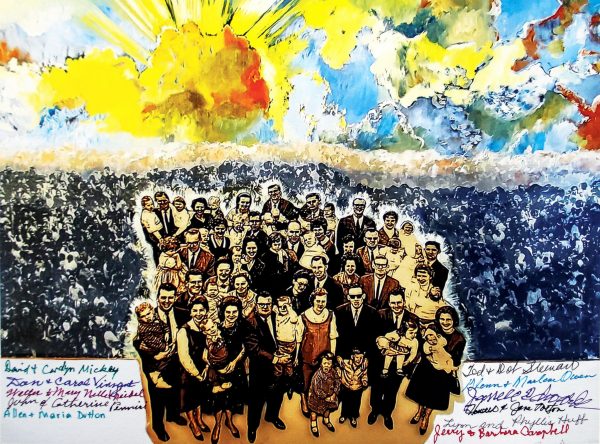 “Legacy” is a mixed media work by Cuban-American artist Rolando Diaz ”depicting what God has done through this team by showing the souls saved in heaven because of them,” said Michelle Mickey. Representatives of the mission team families signed prints of the piece, one of which is shown above. The original will be displayed at Abilene Christian University. 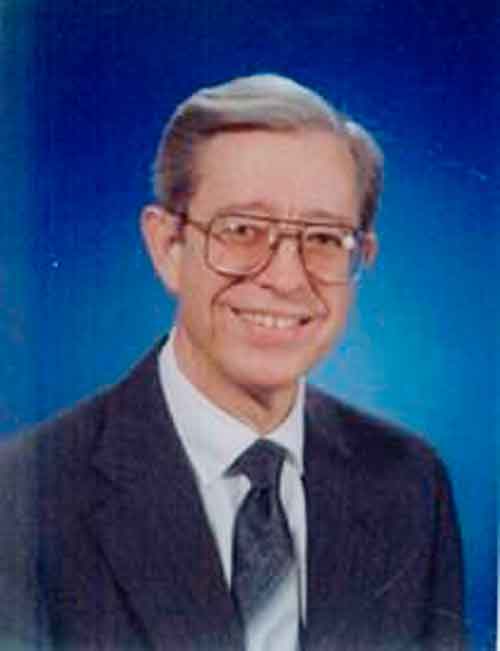 Ted Stewart (Photo via obits.dignitymemorial.com) Ted Stewart, a member of… 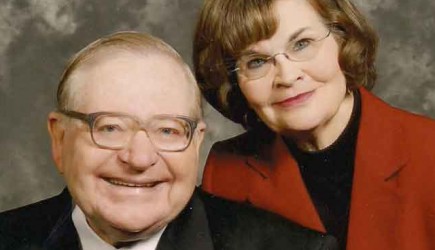 "Blessed is the man who does not walk in the… 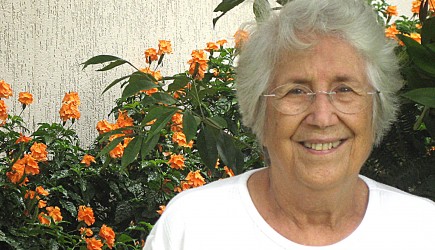 A conversation with Maria Dutton

To many Brazilian Christians, Maria Dutton is known as “Senhora… 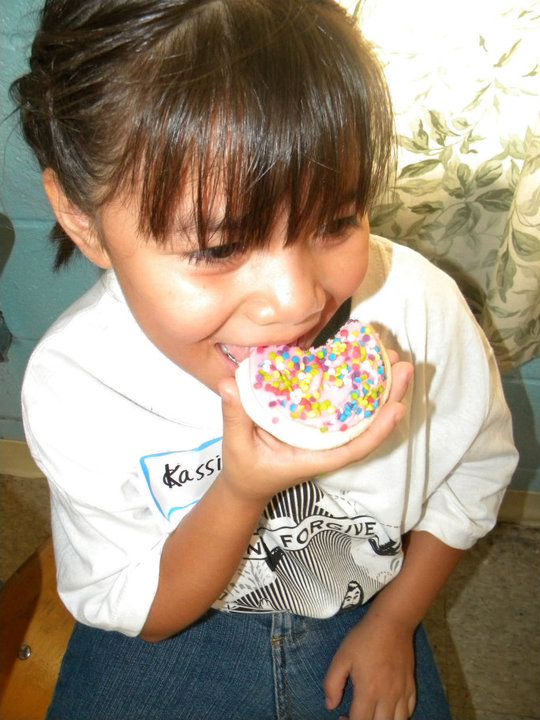 A Mexico mission trip, on the U.S. side of the border

Kassie, 6, enjoys a snack at the Alton Church of…