'Hopefully, people will open up the Bible and see something profound that can touch their lives and make them want to dig a little deeper.'

ANAHEIM, Calif. — More than three hours before the start of a Friday night game against the Los Angeles Angels, Oakland A’s relief pitcher Brad Ziegler is hard at work.

Make that hard at play.

He’s immersed in the arcade version of “RBI Baseball” in the visitors’ clubhouse at Angel Stadium.

Update: Brad Ziegler retired at the end of the 2018 season

With a big smile, he apologizes for being late for an interview with The Christian Chronicle, but explains that he had to finish the game with teammate Jerry Blevins.

“Definitely,” he says, when asked if he’s a baseball fan as well as a player. “I love to watch games. They’re on in the locker room all the time.”

In fact, there’s a game on the television in the weight room where Ziegler is doing the interview. But he turns down the sound so he can focus on discussing his Christian faith.

“I don’t want to be kind of overbearing because I’ve seen how that can turn people off,” said Ziegler, a member of the East Grand Church of Christ in Springfield, Mo.

But when he signs autographs — unless it’s a team ball and space is an issue — he writes “1 John 5:5” by his name.

“I’ll have people ask me, ‘Well, what’s that mean? What’s that say?’” said Ziegler, whose father, Greg, a preacher, and his mother, Lisa, have served the Odessa Church of Christ in Missouri for 26 years. “I say, ‘Go look it up.’

“Hopefully, people will open up the Bible and see something profound that can touch their lives and make them want to dig a little deeper.”

That Scripture reads: “Who is it that overcomes the world? Only he who believes that Jesus is the Son of God.”

“Who is it that overcomes the world? Only he who believes that Jesus is the Son of God.”

A few nights earlier, the right-handed submariner — who boasts a career earned-run average of 2.47 in 156 major-league appearances — gave up a rare home run.

The batter: Texas Rangers slugger Josh Hamilton, an evangelical Christian whom Ziegler describes as one of his best friends in baseball. Still, the long ball stung.

In a moment like that, Ziegler said, a Christian shows how he handles adversity.

“I do my best not to show a lot of emotion on the mound, how frustrated I was,” Ziegler said. “It bothered me like crazy, ‘cause we were up one when he hit it and down one after he hit it.

“And I hate it. I feel like I let the team down. … And at the same time, the most important thing is, I’m still representing Christ on the field. I try to emulate how he would react in a situation like that,” he added, noting that Oakland came back to win that game.

“I’m sure I fall way short most of the time, but at the same time, it’s an effort that’s ongoing.”

Throughout the 162-game season, Ziegler receives support from the East Grand church family — 1,900 miles from Oakland.

“I miss those people,” said Ziegler, who has a daughter, Kaylin, almost 3. “It’s very encouraging to get text messages and e-mails and Facebook messages all summer long, just knowing that people are thinking about me while I’m away.” 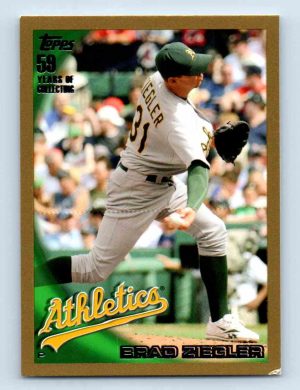 In May, Ziegler launched the Pastime for Patriots Foundation, a charity to benefit family members of U.S. military personnel overseas and those who have recently returned from action.

His parents celebrated the charity’s launch in Oakland — and ended up watching A’s starter Dallas Braden, a frequent “RBI Baseball” competitor of Ziegler’s, pitch the 19th perfect game in major-league history that weekend.

Greg Ziegler told MLB.com that he was proud of his son’s initiative to buy baseball tickets for military families.

“I’m grateful that he accepts the responsibility to do something good with the way that he is blessed,” Greg Ziegler said. “Brad has been given a lot of gifts and great privileges, and he’s worked hard. I’m thankful he’s interested in giving back and not just accumulating things for himself.”

The pitcher said he wants military families to know they are not forgotten.

However, he said he’s trying not to take a lot of credit for Pastime for Patriots.

“I’ve had a whole lot of things falling into place, a whole lot of people helping out that I didn’t even know existed when we got this thing started,” he said. “I feel like God’s at work in a lot of ways, just putting these people in my life.” 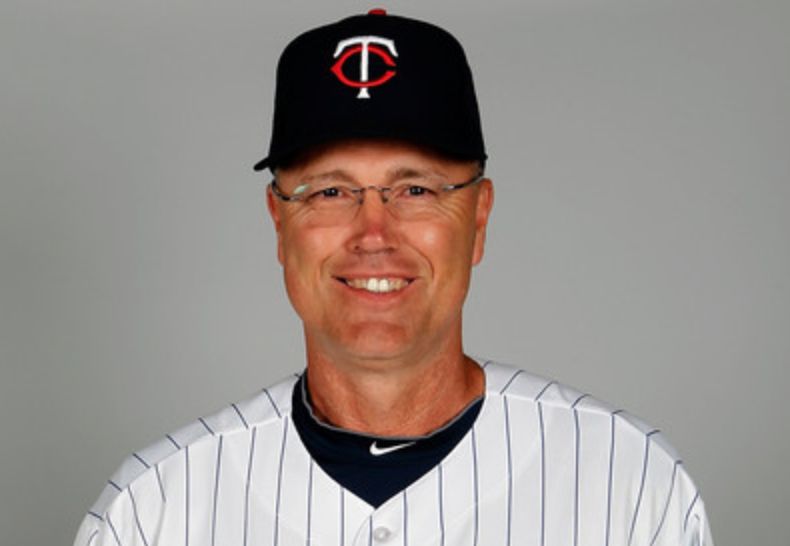