SEARCY, Ark. — Harding University was special to Botham Jean, a 2016 graduate known for his singing voice and dedication to his faith.

Likewise, Jean was special to the 4,900-student Christian university, where the native of the Caribbean island of St. Lucia studied accounting. 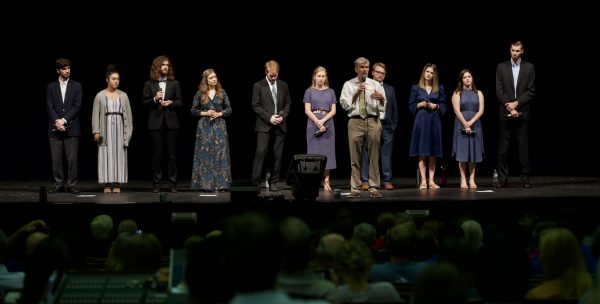 “This has been a very emotional day for the Harding University family,” President Bruce McLarty said Tuesday night during Harding’s 96th annual Bible Lectureship, noting the verdict in Guyger’s trial.

“He came through this school,” McLarty said of Botham Jean, “and left an impression on everybody here.”

On the campus about 50 miles northeast of Little Rock, the Good News Singers dedicated its normal lectureship performance to Jean, a former member of the singing group.

“He was one of my kids,” an emotional Chuck Hicks, the group’s director, told the lectureship crowd. “He was just a special young man.”

Hicks, who cried when he learned the verdict, said Guyger’s conviction “brought a little bit of closure.”

Guyger faces five to 99 years in prison in the killing of Jean, an accountant who was a beloved song leader and Bible class teacher at the Dallas West Church of Christ. She told jurors she entered his apartment the night of Sept. 6, 2018, thinking it was her own, and shot him when she mistook him for a burglar.

Taking the witness stand Tuesday afternoon in the punishment phase of Guyger’s trial, Allison Jean remembered taking her slain son to visit Harding during its Spring Sing week in 2011.

“My preference was for him to study accounting in the West Indies, which is close to where we lived,” Allison Jean testified in a Dallas County courtroom. “However, Botham was a very headstrong child, and he preferred to study at Harding.”

Harding’s association with Churches of Christ — the family’s faith heritage — and the chance to develop his singing skills at the Arkansas university both appealed to Botham Jean, his mother said.

Nathan Monan, a 2015 Harding graduate, voiced relief to see “justice served” in his friend’s death but expressed sorrow that the verdict “does nothing to bring him back and allow him to continue to shine his light to this lost world.” 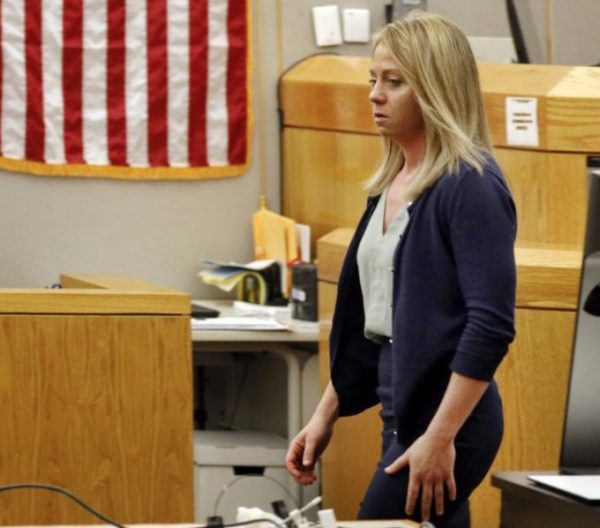 Fired Dallas police officer Amber Guyger walks out of the courtroom Tuesday after she was found guilty of murder in Botham Jean’s death.

“He was an incredible man who you could tell was raised right and was going to do big things for God’s kingdom,” said Monan, a fellow business graduate and member of the Pinnacle Church of Christ in Little Rock.

The university president shared a story that he first told at Harding’s chapel assemblies on the morning after Botham Jean’s death. 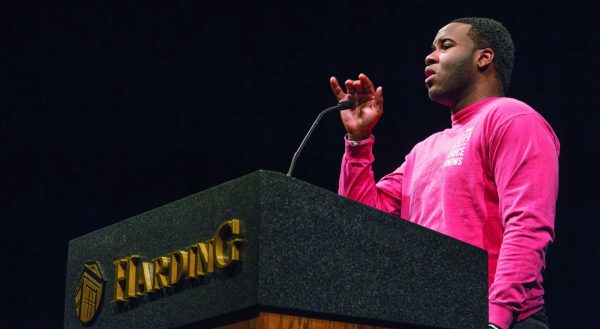 As part of an annual “Struggles in the Faith” week, McLarty said he had asked Jean to lead the hymn “Master the Tempest is Raging.”

“So he said he would, and I thought nothing more of it,” McLarty said. “What I didn’t know was that Botham didn’t know the song. … I found out on Monday, when he led the song beautifully, flawlessly, that he’d been on the phone with his grandmother in St. Lucia all that weekend, and she had been teaching him over the phone how to sing that song.”

To McLarty, that anecdote helps illustrate Jean’s character, his love for family and his devotion to praise and worship, the Harding president said.

Posted by The Christian Chronicle on Tuesday, October 1, 2019

So Tuesday night, he invited the lectureship crowd to conclude the evening’s program by singing “Master the Tempest is Raging.”

“I thought maybe tonight,” McLarty said, “it’s the perfect way for this gathering of people to remember Botham Jean and to pray for all those who were involved in this incredible tragedy.”

Erik Tryggestad and Chellie Ison contributed to the reporting of this story.

“The perfect way … to remember Botham Jean and to pray for all those who were involved in this incredible tragedy.”