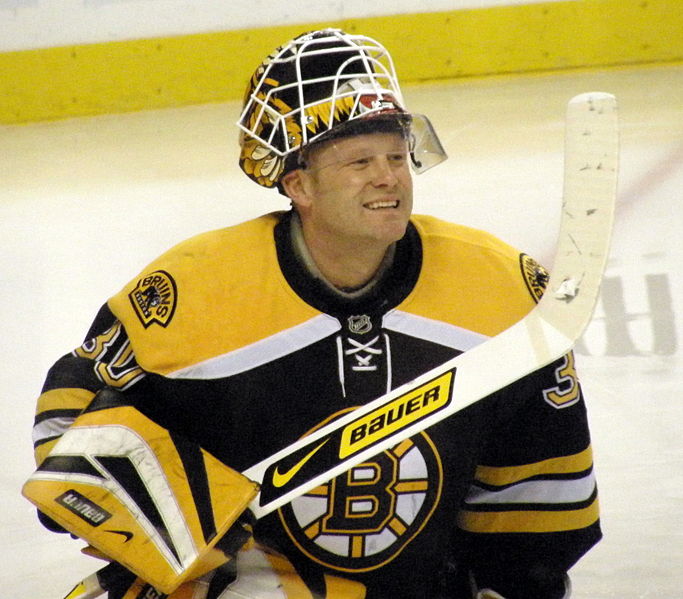 Our church family has really enjoyed Tim’s success in hockey, including an Olympic silver medal and winning the Vezina Trophy as the best goalie in the NHL.
Obviously, much more important than his athletic prowess is the fact that Tim loves the Lord and the church and is devoted to his family.
Tim’s father and mother are justifiably proud of him but insist that they are equally proud of their son Jake, who is a youth minister in Texas.

TAMPA — Two days after the Boston Bruins needed six goals to beat the Tampa Bay Lightning, goalie Tim Thomas and his teammates were sharp enough that only one goal was required to get the job done.
Thomas made 31 saves and the Bruins benefited significantly from the return of Patrice Bergeron to down the Lightning 2-0 Thursday in Game 3 and take a 2-1 lead in the best-of-seven Eastern Conference finals.
“That felt like the game we played most of the season,” Thomas said. “That was Boston Bruins hockey.”