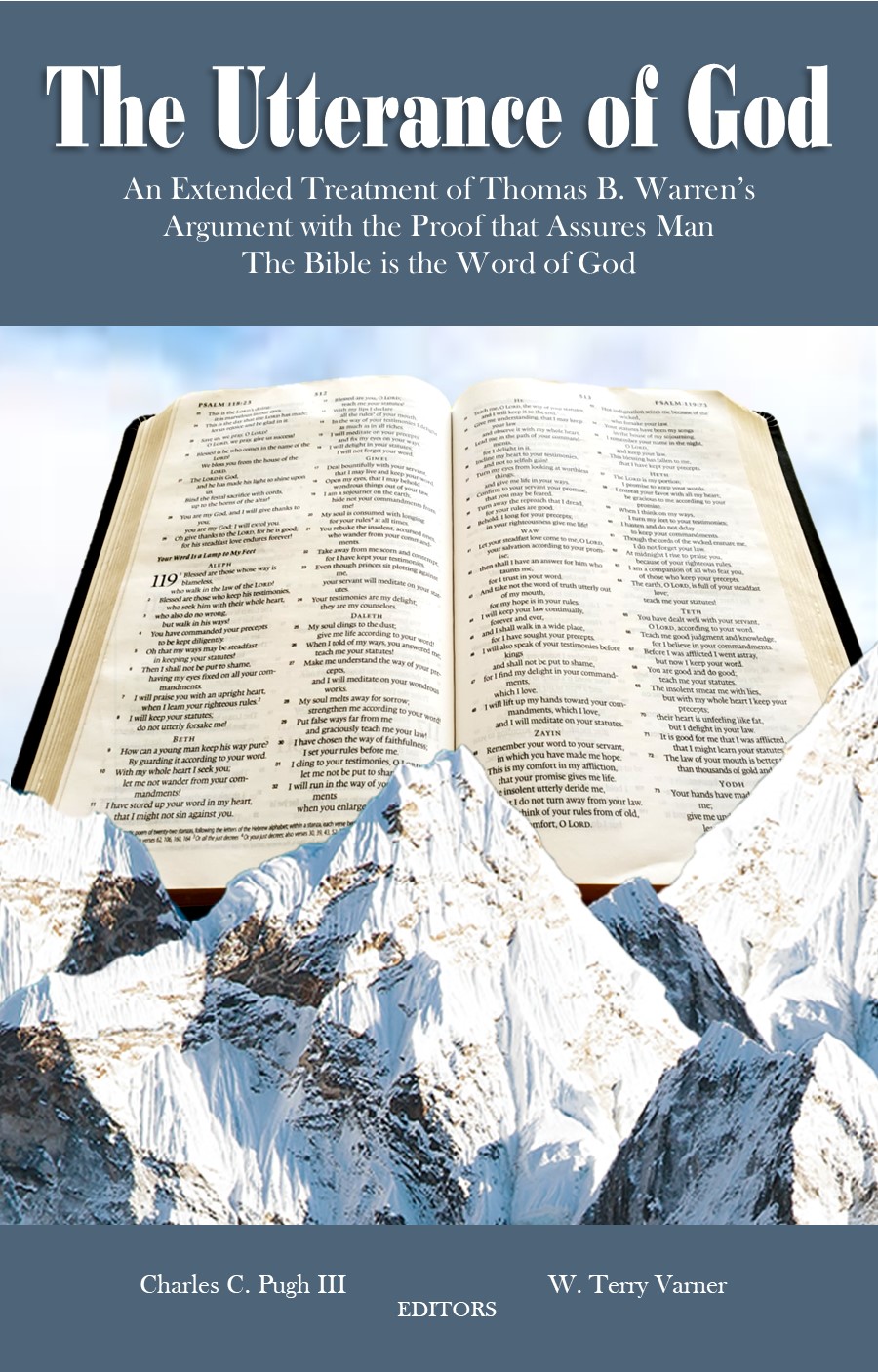 The Utterance of God: An Extended Treatment of Thomas B. Warren’s Argument with the Proof that Assures Man the Bible is the Word of God

Thomas B. Warren (1920-2000) has been described as one who “pioneered the process” that led Antony Flew, “the author of the only original works expounding atheism in the twentieth century,” to announce that he (Flew) had “turned” (a term employed by the New York Times) from atheism.

However, Dr. Warren was not only a twentieth century pioneer in theistic argumentation. He was a pioneer in precise and sound logical argumentation that results in the certain conclusion that the Bible is the word of God. More than 50 years ago, Dr. Warren commented that he had  “studied books by the dozens in which men have sought to prove the inspiration and authority of the Bible. Yet I have been keenly disappointed in all of these books in at least one point. . . . [N]o basic logical argument was set out to explain why what the men did actually showed that the Bible was the inspired word of God. . . . I am convinced that I did develop the basic argument for such proof.”
In partnership with a team of more than 20 writers, having a combined experience of several hundred years of Bible study, Warren Apologetics Center is the publisher of this remarkable book on the Bible. It captures and powerfully unleashes the kind of proof for the Bible’s divine origin envisioned by Warren when he formulated his historical argument.
Order Online
Share: