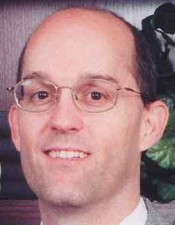 CURT NICCUM
With the large number of English Bibles in circulation — and new editions appearing every year — choosing a translation can be daunting. A mnemonic device adopted from “Joy Bus” days provides a convenient framework for Bible selection. Think JOY — Jesus first, others second and yourself last.
Of greatest concern should be faithfulness to God’s Word, but several factors complicate evaluating this criterion. First, not everyone agrees as to what specifically constitutes the “Word.” Almost all recognize that the original Hebrew, Aramaic and Greek texts have precedence, but the witnesses to these mostly ancient manuscripts do not agree 100 percent.
Some Bibles promote an Old Testament text of the late Middle Ages and a New Testament text from about the 13th century. The King James Version, The Living Bible and the New King James Version fit into this category. Most translators, though, rely on texts that go back at least to the second century before Christ for the Old Testament or second century after Christ for the New Testament, which is preferable.
How do you determine the underlying texts? The introduction should provide that information. For Bibles that rely on the older evidence, look for “Biblia Hebraica Stuttgartensia” as the Old Testament base. (Several projects on the Hebrew Bible are underway, so the terminology eventually will change.)
For the New Testament, you will want a text based on an edition of the United Bible Societies’ Greek New Testament or the “Nestle-Aland Novum Testamentum Graece.”
Second, not all agree how best to measure “faithfulness.” People typically ask for a literal translation, often assuming that means “word-for-word.” This assumption is faulty. New Testament Greek is a highly inflected language; meaning is determined more by word forms than location.
A word-for-word translation of Jude 1, for example, would read: “Jude, of Jesus Christ servant, brother and of Jacob, to those by God the Father loved and by Jesus Christ protected called.” Much more meaningful is “Jude, Jesus Christ’s servant and James’ brother, to those who have been called — loved by God the Father and protected by Jesus Christ.”
Translators prefer to speak of a spectrum that ranges from formal equivalence (roughly word-for-word) to dynamic equivalence (basically meaning-for-meaning). Interlinear Bibles and paraphrases occupy the extremes of these categories, respectively. Although occasionally helpful, both have little to no value for most applications.
When choosing a translation, look for one in the middle range of the spectrum. If you have some knowledge of Hebrew and Greek, a more formally equivalent translation might serve you better. If your knowledge of the original languages is limited, select a Bible leaning more toward dynamic equivalence.
You also should seek a translation completed by a team of scholars rather than an individual. Team efforts limit both accidental mistakes and intentional changes.
When acquiring a Bible, think of others. Consider its appropriateness for your community of faith. If you plan on using this text in corporate worship or group studies, pay attention to the language. Does it reasonably approximate the versions most often employed in those settings? Having a Bible with a radically different sound, although in some ways helpful, might prove more distracting than edifying.
Also, did the translators take public reading into consideration? Not all translators consider this last step (nor do they need to). For public reading, though, you will want a Bible that tones down some of the more offensive language and avoids phrasing that is difficult to enunciate.
Take outsiders into account. Anyone interested in using a Bible for evangelism should seek a translation that faithfully represents the meaning of the original in more contemporary language. Many translations preserve traditional Christian terminology that sounds foreign to those outside the church. Words like “sanctification,” “propitiation,” and even “grace” convey little to the uninitiated.
Furthermore, translations that do not respect the nature of the patriarchal patterns of ancient language can effectively make 50 percent of the population feel unwelcome in the church and unimportant to God. Thus, it sounds strange for Paul to constantly address the “brothers” of the Philippian church when the two focal members are women. A translation that uses “siblings” or “brothers and sisters” is both more accurate and more meaningful. Where appropriate to the original languages, gender neutral terminology is welcome.
Look for a translation that proves a good fit for you. Look at your favorite passages and see if the wording improves their flow or your understanding. Examine passages that seem difficult to you and check if the new translation makes better sense. Assess both your situation and your intended use of the Bible.
Always carefully read through the preface material in addition to looking at the biblical text. You may also want to consult Gordon D. Fee and Mark L. Strauss’ book “How to Choose a Translation for All Its Worth,” which discusses these and other guidelines in greater detail.
Finally, consider staying with the Bible you have. Instead of purchasing a new Bible, put a Bible in someone else’s hands. Today, there are New Testaments in only 20 percent of the 6,703 known languages of the world.
Consider donating the money you would have spent on a new Bible to an organization advancing the Word elsewhere, such as Pioneer Bible Translators or the World Bible Translating Center.
CURT NICCUM is associate professor of New Testament at Abilene Christian University in Texas.