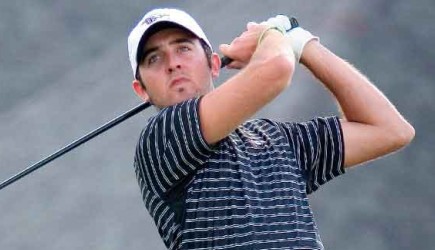 Staff Reports
OKLAHOMA CITY — Former Oklahoma Christian University golfer Rhein Gibson shot a 55 on May 12 at River Oaks Golf Club, tying for the lowest known 18-hole score in history.
Gibson, a native of Linsmore, Australia, shot 16-under-par, making 12 birdies, two eagles and four pars. He had only 19 putts in the round.
The Edmond, Okla., resident was a four-time first-team NAIA All-American while at Oklahoma Christian from 2005 to 2008. He plays on the Golfweek National Pro Tour, a development tour.