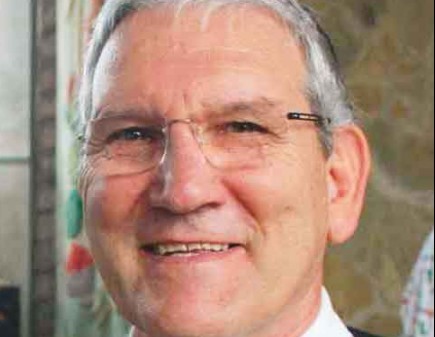 Erik Tryggestad
Berkeley North Hackett earned the nickname “Rhino” for his tenacity and tirelessness as he served souls in the East African nation of Kenya.
In 1970, the Detroit native and his wife, Charlotte, committed to two years of mission work in Kenya, said longtime friend Vincent Doan. That two years, Doan said, became “a 42-year lifetime of service.”
Berkeley Hackett died of a heart attack May 21 in Kenya’s capital, Nairobi. He was 70.
He attended Michigan Christian College, now Rochester College, and earned degrees from Harding University and the University of Alabama. In Kenya, he and his wife worked with the Church of Christ that meets in Nairobi’s Eastleigh neighborhood. Seeking a way to train Kenyan Christians to support their ministry, he founded the Kenya Christian Industrial Training Institute, or KCITI.
In 2011, he handed the reins of the institute to Lydia Wanjiku, who grew up in the slums of Nairobi and was the first student to enroll at KCITI.
News of the missionary’s death generated a flood of responses on The Christian Chronicle’s news blog.
“What Mr. Berkeley Hackett has done for my life is unforgettable,” said Martin Mulimbwa, a native of the Democratic Republic of Congo. “He helped so many Congolese refugees like me regain control of our lives after fleeing civil wars in our countries of origin.”
The missionary “gave me hope,” said Mulimbwa, who now lives in Canada, “and the training I received at KCITI shaped my future. Today I have life, hope and peace because of Christ, who utilized Berkeley Hackett.”
A memorial service is scheduled for 2 p.m. June 23 at the Woodson Chapel Church of Christ, 5800 Edmondson Pike, Nashville, Tenn.