For believers, turbulence and opportunity

Despite protests and roadblocks, life and ministry go on in Honduras

Jarrod Brown and his family left early for the airport, concerned that the roads would be blocked by protestors the next day.

“I was wrong. They were blocked today,” said the president of Mission Lazarus, a development nonprofit supported by Churches of Christ. So Brown and his children, bags in tow, crossed piles of burning tires to meet his wife, Allison, and reach the airport in Choluteca, Honduras. 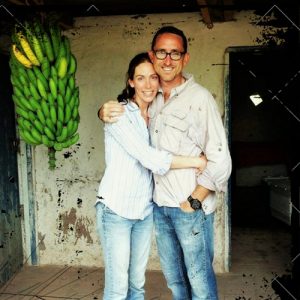 Church members across the Central American nation were caught in the midst of protests. Angry Hondurans claim that current President Juan Orlando Hernández stole the Nov. 26 election from opposition candidate Salvador Nasralla, who ran on a popular anti-corruption platform, the Miami Herald reports.

After leaving Choluteca, the Browns saw more roadblocks on the streets of the capital, Tegucigalpa, as they boarded a plane for the U.S. The same day, the U.S. embassy issued a statement advising citizens to “postpone or cancel unnecessary travel within Honduras at this time.”

On social media, Jarrod Brown posted, “I would agree.”

In the western Honduran city of Santa Rosa de Copán, missionaries Phil and Donna Waldron asked for prayers as the election results were announced.

“The situation in Honduras is escalating,” said Donna Waldron, who works with Mission UpReach, another nonprofit supported by Churches of Christ. The Waldrons expected to lose power and internet access after the announcement of election results but assured supporters that the ministry’s staffers would be safe.

Roadblocks and protests are part of life in many Central American nations, including Honduras and neighboring Guatemala. In 2009, a military coup in Tegucigalpa removed Honduras’ president from power and prompted the quick evacuation of church mission teams, including one working with Mission Lazarus.

During the current protests, life has continued as normal for many Christians in Honduras. Baxter Institute, a ministry training school that produces ministers for Churches of Christ throughout the Spanish-speaking world, hosted its annual graduation. More than 1,000 believers gathered for an area-wide worship service with guest speaker Bruce McLarty, president of Harding University in Searcy, Ark.

The protests are born out of the Honduran people’s frustration with corruption, said Allison Brown, writing in a blog post about her adopted country’s woes. The road blocks, riots and looting ultimately are counter-productive, she said, but they show that Hondurans “don’t buy in to the smokescreen created by political agendas, that the citizens aren’t taking it lying down, that their spirit is not defeated by helplessness or hopelessness.

“God is not to be thwarted, no matter who leads Honduras …

“Pray for peace. Pray for this turbulent time to be an opportunity for the Christians of Honduras to demonstrate unity of purpose, wisdom and influence because their identity — their real identity — is not on earth but in heaven.”

‘This will be God’s school’

A Conversation with Roberto Alvarez