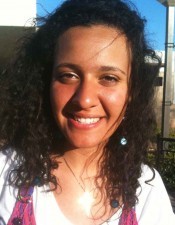 Erik Tryggestad
Christians in Egypt are praying for the best as they brace for the worst.
The mass protests that removed President Hosni Mubarak from office drew praise from the U.S. government and nations around the world as a clarion call for democracy.
As Egypt’s military prepares to hand over power to its citizens, church members who worship in the Arab world’s most populous country fear that their voices, already faint, could be silenced.
“We ask for freedom, so that anyone can worship, (regardless of) religion,” said Alfred Habashy, a student at Sunset International Bible Institute in Lubbock, Texas. In Cairo, his father works with a Church of Christ near Tahrir Square, the site of the largest demonstrations.
Christians endure persecution in Egypt, which is about 90 percent Muslim, but are allowed to worship freely, Habashy said. If fundamentalist Muslims gain control of the government, they could outlaw the faith entirely.
“If that happens, it will be terrible,” he said. “It will be like Iran.
“So we pray for those in charge. But we believe God is in control. Our Bible tells us that. He has full sovereignty of everything that happens in our life.”
‘A NEW EGYPT’
Other Egyptians anticipate a bright future in their country — and see God’s hand in the removal of Mubarak, who ruled Egypt for 30 years. Egyptians accused Mubarak’s government of corruption and squandering the nation’s wealth.
“We were not sure how it would end up, but we used our faith in God and the word of God,” said the Middle East director for World Bible Translation Center, a church-supported nonprofit in Texas, produces and distributes easy-to-read Bibles around the world.
The ministry provided The Christian Chronicle with a message the director sent from Cairo recently, but withheld his name.
“We had many prayer meetings at our homes during the curfew,” the director said. Many Christians in Cairo share the belief that whatever happens in the days to come will be to “the benefit of God’s kingdom in Egypt.”
“We are preparing ourselves to have a role in shaping the new Egypt from a Kingdom perspective,” he said. “So we are happy. It’s like waking up from a long night.”
REACHING SOULS ONLINE
Alan Cooper also is praying for Egypt.
“I would love to see the opportunity for Christianity to flourish,” he said.
But even in Middle Eastern nations where the faith is suppressed, he said, “people have this inner hunger that makes them seek out what we offer.”
Cooper recently became president of NationsUniversity, a church-supported distance-learning program that offers academic degrees in religious studies.
Launched in 1995, the program has 308 students in Arabic-speaking countries and 324 who speak Farsi — a common language in Iran, Afghanistan and other parts of the Middle East.
One student was a member of Mubarak’s administrative staff, Cooper said. The official announced his completion of the degree in an Egyptian newspaper.
Many students have become Christians, Cooper said. To win souls in the Middle East, he said, believers must be ready to share their faith — through a computer or in person.
In the 1990s, Cooper served as director of international outreach for “One Nation Under God,” a gospel campaign that sent literature about Christianity across the U.S. and around the globe. Cooper assisted campaigns in Slovakia and the Czech Republic — nations once thought closed to the Gospel.
“We have to remember that we’re following God as he’s preparing a place for us,” Cooper said. “He was opening up Eastern Europe when we went in and mailed brochures. No one could have anticipated the response.”
EGYPT’S CHRISTIAN HERITAGE
Believers seeking souls in Egypt should understand the country’s Christian foundations, said Dyron Daughrity, an assistant professor of religion at Pepperdine University in Malibu, Calif.
Jesus himself lived in Egypt for a time, as recorded in the gospels. Some early leaders of the faith, including Apollos, were from Egypt. Church tradition says the gospel writer Mark evangelized Egypt in the AD 40s.
“Whether or not this is true, we do know that Egypt proved fertile soil for the Gospel,” Daughrity said. “Christian monasticism began in the Egyptian desert and radiated all over the world from there. Many of the church fathers were from Egypt, most notably Athanasius, the man who first defined the New Testament as we know it today.”
Coptic Christians, an orthodox branch of the faith, comprise most of the country’s 10 percent Christian minority. The group has maintained its traditions for more than 1,700 years, Daughrity said.
“When my students are required to attend Coptic liturgies, they are always struck by how ancient everything seems,” he said. “It is like little has changed in their church services since the 300s. Whereas Protestant churches value cultural relevance, Orthodox churches tend to prize tradition.”
Though small in number, “the Christians of Egypt can be a wonderful testimony … if they remain faithful to our Lord’s teachings of how to respond to violence, insults, injustices and persecution,” Daughrity said.
“Egyptian Muslims know about Jesus and they respect him,” he added. “But the burden is on the local Christians to help Egyptian Muslims know Jesus personally.

“As all eyes in the Middle East are on Egypt, it will be important that the Christians step up and allow God to use them at this critical juncture.”
‘WE DON’T FOCUS ON OUR DIFFERENCES’
For Egyptian Christians, faith “is not just something you do on Sundays,” Lily Assaad said. “It’s your entire life. It affects your friendships, your community … every part of your life.”
Assaad, who was born and raised in Cairo, is a sophomore at Abilene Christian University.
In Egypt, she attended the Maadi Community Church, composed primarily of expatriates living in Cairo. There she learned about the Texas university.
Her grandfather, who was a pastor, endured persecution for his faith, she said. Police tried to shut down his church if services ran too long or got too loud. She remembers her grandmother talking about people throwing bricks at their windows.
“Americans are very sheltered from persecution,” Assaad said.
As a result, American Christians seem less united in their faith, she said, adding that she is disappointed by believers in the U.S. who “turn against each other just because they attend different churches.”
In Egypt, “we don’t focus on our differences,” she said. “We can’t afford to.”
Assaad stays in touch with her parents in Cairo and prays for their safety.
She also prays for a revolution in her homeland that goes beyond politics.
“I would like to see the church grow,” she said. “I would like to see the Lord come through in very unexpected ways that can only be explained through his presence, his existence.”