A father and daughter make precious memories north of the U.S. border.

I posted that wisecrack on Facebook as my 17-year-old daughter, Kendall, and I awaited a connecting flight.

It was early afternoon on a snowy, late winter day at Toronto Pearson International Airport. My youngest child and I were in the middle of a four-city, 20-hour travel adventure that was part work and part something deeper. 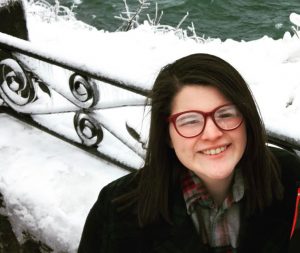 The work part is easy to explain: I was chasing stories — as I love to do — for The Christian Chronicle.

The something deeper part requires more explanation: I was trying — as much as possible — to create memories that will sustain me (and keep the tears from overwhelming me) as my baby bird grows up and flies away.

In just a few months, this intelligent young woman — who is every bit as sassy, charming and fun to be around as her mother and every bit as driven, argumentative and (sometimes) insecure as her father — is leaving home. She’s decided to attend Pepperdine University in Malibu, Calif.

I couldn’t be more proud of her.

She studied hard, made top grades and was honored as one of her high school’s valedictorians. She joined our home congregation, the Edmond Church of Christ in Oklahoma, on mission trips to Mexico, Nicaragua, Utah and Colorado. She starred in school plays and excelled in debate. She taught herself to knit and worked at a yarn store. In fact, she made me a black cap for this trip.

She plans to major in political science and history and then, at some point, become president of the United States.

#PepperdineBound Kendall’s display for #seniorsunday at the Edmond Church of Christ. #classof2017

In my mind, though, she’s still the little girl with a red hair bow who would stand by the bathroom door and watch me shave. She’d see the white cream on my cheeks and pretend I was Santa Claus. “Daddy, will you buy me a present?” she loved to ask.

In my mind, she’s still the little girl who donned a football helmet, cradled her stuffed monkey in her arms and sought cover in our bathtub as tornado sirens blared. 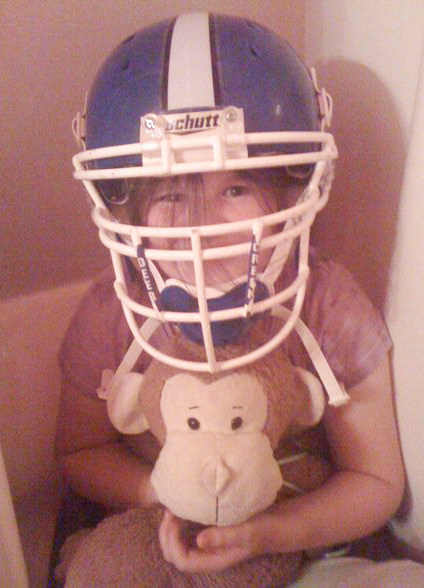 Kendall Ross, in her younger years, taking cover from a tornado warning.In my mind, she’s still the little girl who cheered wildly as my beloved Texas Rangers staged a late-inning, come-from-behind victory, then asked hours after we left the ballpark, “Did we win, Daddy?”

But as we passed time at the Toronto airport, she looked so grown up — a teenage version of her mother — as she watched Netflix on her computer and nibbled a pastry from Tim Hortons, Canada’s famous chain of coffee shops. When she noticed me staring at her, she pulled out her earphones.

When Kendall found out I was headed to Canada on business, she volunteered (read: begged) to accompany me. “This can be my senior trip,” she said with a pouty face. How could I say no to that face? With my wife’s permission, I dug into our personal funds for bargain airfare.

The good news: I found it.

Rockin’ her first Tim Hortons experience in over a year. #canada

We flew to Dallas and then to Toronto, arriving at 10 a.m. Oklahoma time. Yet our day was just getting started: We still had to fly halfway across Canada — to Winnipeg, Manitoba — and then drive another three hours to the small farming community of Dauphin.

Short version of the rest of our day: Despite our hunger as we left the Winnipeg airport, we passed up a McDonald’s we saw. We decided to eat somewhere better later. As it turned out, we spotted a bunch of snowy fields and cattle grazing along rural Manitoba’s two-lane farm highways. But somewhere to eat? Not so much.

Finally, at 11:30 p.m., we made it to Dauphin and drove toward our Super 8 motel. And we spotted heaven on earth — the Golden Arches.

Read our series on Churches of Christ in Canada. Starving and exhausted, we both laughed giddily. Who could have guessed that one of our precious memories from this trip would involve Chicken McNuggets?

Before writing this, I asked Kendall to jot down a few thoughts. Her recollections illustrate — in so many ways — what I love so much about this girl. I mean, this woman.

“We only had six hours to sit at the Toronto airport,” she noted. “This may seem long for some people, but as someone who loves to discover the true culture and customs of Canadian airports, six hours was just not enough.”

“Just kidding,” she added. “That was the longest six hours of my life. I watched a Canadian family fight over Tim Hortons doughnuts, and it was the highlight of my time.”

I love you and will miss you more than you’ll ever know. I’d say something mushier, but it’s not your style. Or mine.

BOBBY ROSS JR. is Chief Correspondent of The Christian Chronicle. Reach him at [email protected]. 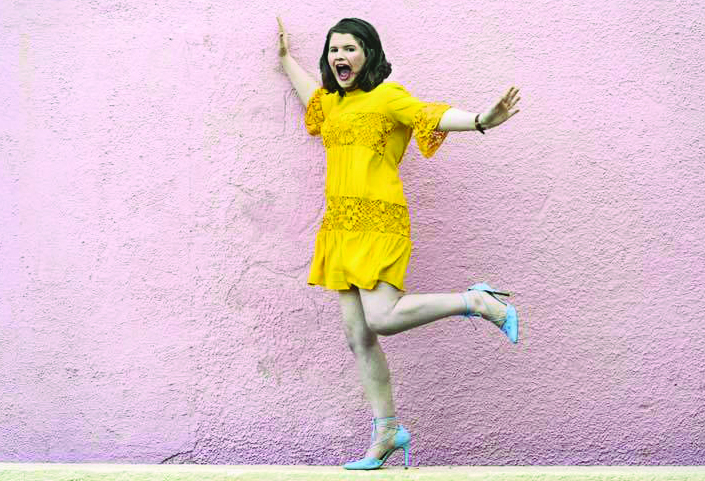 Kendall Ross, a member of the Class of 2017, is leaving home to attend Pepperdine University in Malibu, Calif. (PHOTO BY ERICK GFELLER)

Filed under: family Inside Story International The Church in Canada Travel Reports