Recovery ministry reaches bikers and those wanting to reach the broken and hurt in their community.

LAKE FOREST, Calif. — Where is “recovery” mentioned in the Bible?

It’s a question Mac Owen hears regularly, he told the audience at the Celebrate Recovery Summit in Southern California. In response, he held up his Bible and pointed to the third chapter of Genesis — where the serpent comes into the picture, sin enters the world and Adam and Eve get kicked out of the Garden of Eden.

“See the rest of that?” he asked, pointing to everything in his Bible after Genesis 3. “That’s the recovery part.”

As the crowd applauded, Owen quipped, “I tell ya, if Adam and Eve had been Cajuns, none of this would have happened because they would have eaten that snake instead of that fruit.” (Owen, who serves as national director for Celebrate Recovery, is a former elder of the White’s Ferry Road Church of Christ in West Monroe, La.) 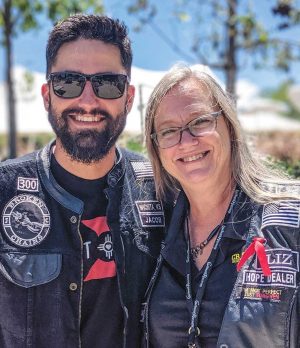 Jacob Bentley and his mother, Liz, are part of the Broken Chains initiative.

Among the 3,000 participants at the annual summit were Jacob Bentley and his mom, Liz Woodson. Dressed in leather vests, they came with a group from the Northside Church of Christ in Wichita, Kan. They’re part of Broken Chains, a ministry for believers who love the Bible and bikes.

For Bentley, who rides a Harley-Davidson, it’s been a fun way to connect with his mom and others.

RECOVERY FROM MORE THAN ADDICTION

Meeting people where they are and sharing the love of Christ is a big part of Celebrate Recovery.

It’s one of the reasons Teri Odle, a member of the Eastside Church of Christ in Colorado Springs, Colo., feels drawn to the Christ-centered recovery program.

She and her husband were at the recovery summit gathering information — and inspiration — for their congregation, which is exploring the idea of starting Celebrate Recovery.

The program, which started in 1991 in California, is now in more than 35,000 churches around the world, including many Churches of Christ.

“I think CR is an opportunity for God to really change the paradigm of church,” Odle said. 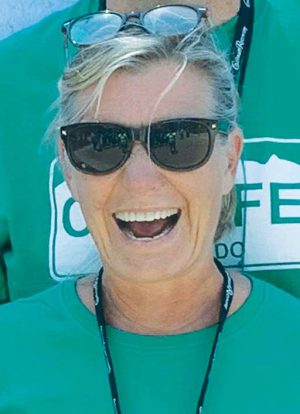 Despite the “Recovery” title, Odle said she loves and appreciates that Celebrate Recovery is not just for those struggling with substance abuse. Signs posted throughout the event read, “Just one in three people at CR are there for drug or alcohol addiction.”

Around the signs were the names of other issues participants face — anger, perfectionism, depression, control, eating disorders, pornography, abortion.

Odle knows that these issues exist everywhere, and she longs to share the hope inspired by Celebrate Recovery with her congregation.

She believes their congregation is ready to help others find healing from their hurts, and in turn a closer relationship with Christ.

“We have people that are broken and hurt in this world and the only way they’re going to be healed is when they let Jesus be the main in their life,” Odle said.

THE INFLUENCE OF FAMILY

As someone who grew up in church, Bentley has always known and believed in God, always known he was forgiven for his sins, but recovery helped him to find healing.

“I used to live scared of getting caught with my sins,” he said, “and now I don’t have anything to hide.”

He acknowledges that he resisted attending Celebrate Recovery for quite a while.

He first became familiar with the program through his visits to his parents’ home. At the time, he lived in Nebraska and worked for York College, which is associated with Churches of Christ.

When he visited his family in Wichita, he noticed that his parents would leave on Friday nights to attend Celebrate Recovery.

“It was obviously very important to them,” Bentley said. “My parents had changed. They were on fire for God. To see your parents on fire for God, it’s different.”

Different in a really good way, he added.

Then he and his wife moved to Wichita, and she started attending Celebrate Recovery.

Bentley wasn’t sure what to do.

“I think it is really what God calls us to do. We’re supposed to be meeting with the hurting and the broken and showing them the love of Christ”

“She was admitting all of these things,” he said. But he didn’t see his wife as someone with “those types” of problems. He only saw her as a “good person.”

He started attending with his wife.

He’s now happy to share with others in hopes they too can find healing from the hurt in their lives.

It’s the same hope Odle longs to someday share with those in her community.

“I think it is really what God calls us to do. We’re supposed to be meeting with the hurting and the broken and showing them the love of Christ,” she said. 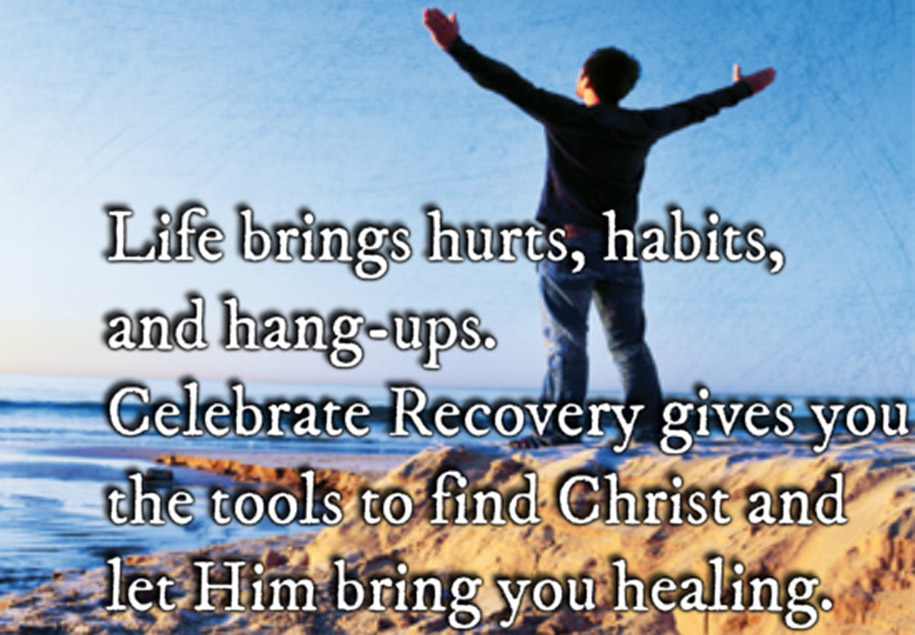 “Hello, my name is Mary and I am a faithful…