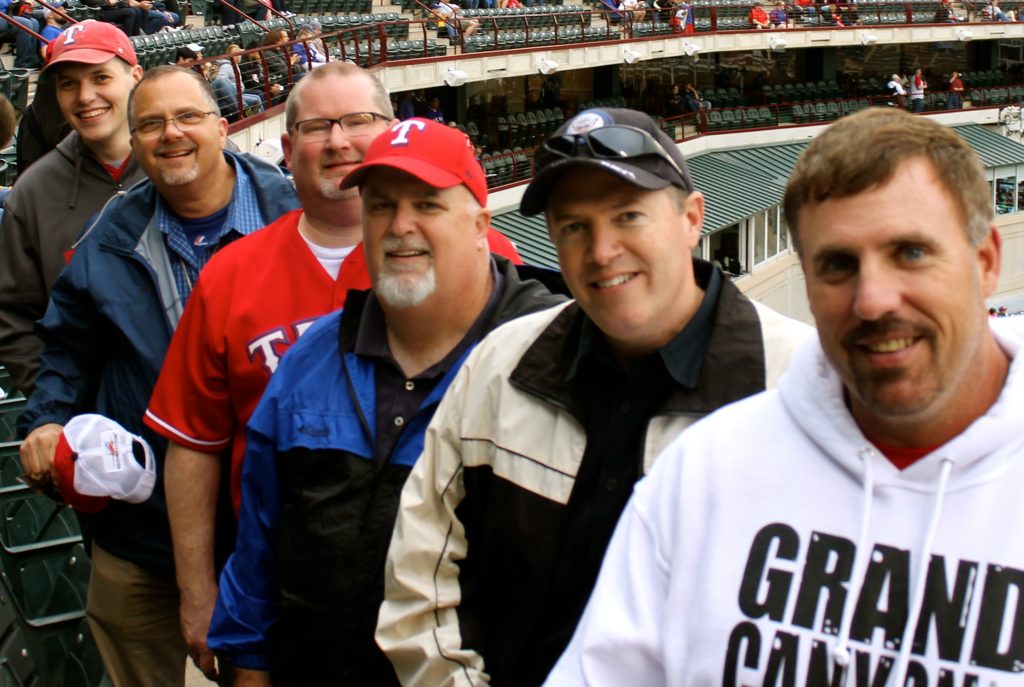 INSIDE STORY: Baseball, apple pie and the Christian Chronicle

ARLINGTON, Texas — I’ve shared my love for Texas Rangers baseball once or twice — or a dozen — times on the pages of The Christian Chronicle.

So maybe it’s no surprise that a reader recognized me at Monday night’s Angels-Rangers game at Globe Life Park.

“Do you write The Christian Chronicle?” asked a woman seated near me in the upper deck.

Inside Story | Bobby Ross Jr.“Some of it,” I replied with a smile.

The woman, Becky Rogers, explained that she had read — and enjoyed — my previous baseball stories in the Chronicle. Her husband, Dan Rogers, serves as family life minister for the Eastern Hills Church of Christ in Athens, Texas. (Note to bosses: I absolutely must write more baseball stories. They obviously resonate with readers.)

Is my face really that recognizable? Except to my friends with the Transportation Security Administration, probably not. I was wearing my personalized, red Rangers jersey with “Ross” sewn in big, white letters on the back.

According to The Dallas Morning News, Monday’s attendance of 18,401 — on a chilly, cloudy school night — was the lowest in nearly five years.

But the Church of Christ representation was high.

Joining me in the stands were:

• Don Middleton, minister for the Cross Timbers Church of Christ in Stephenville, Texas.

• And Steve Holladay, founder and director of Ultimate Escape, and his son, Griffin.

Also in the stands: my nephew Nicholas Ross, 17, a member of the Keller Church of Christ in Texas, and his friend John Pratt, whom Nicholas recently baptized (video below in case you’d like to see it).