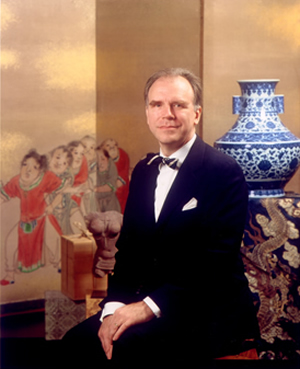 
Asian art expert Lark Mason, who serves as an elder of the Manhattan Church of Christ in New York, is making headlines for a recent discovery.

PBS’s “Antiques Roadshow” had not seen an appraisal like this in its 16 years of production. A man arrived at the Tulsa Convention Center in Oklahoma Saturday with five Chinese, carved cups and learned the set, made from rhinoceros horn, was valued at more than $1 million, the highest evaluation in the show’s history.
“As each one came out of the box, my jaw started to drop a little more,” appraiser Lark Mason told ABC News Tulsa affiliate KTUL. “[They] are worth between $1,000,000 and $1,500,000.”
Mason is the show’s Asian art expert and said the cups are from the late 17th century or early 18th century. The owner, who requested anonymity, told Mason he began collecting cups in the 1970s and had no idea how much the collection was worth.

Read the full report and see other coverage.