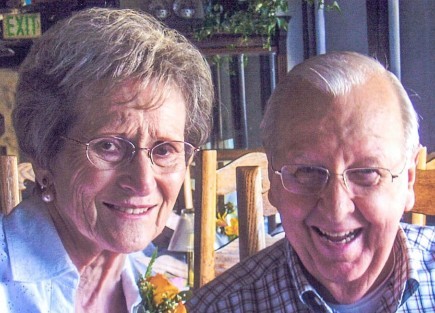 As he battled disease, longtime church leader in southern California, Chronicle trustee kept his humor, spirit and devotion to God until his death at age 80.

Bailey McBride
Updated July 18, 2014: W.L. Fletcher, a longtime church leader in southern California and trustee of The Christian Chronicle, died July 16 after a long battle with ALS, or Lou Gehrig’s Disease. He was 80. See his obituary.

In lieu of flowers, donations may be made to to the ALS Association of Ohio or the San Diego Christian Foundation.

A memorial service in San Diego will be scheduled later.

Churches of Christ bring together some of the most thoughtful and interesting people.
One great satisfaction in working with The Christian Chronicle for more than 30 years has been meeting amazing Christians from all walks of life.
In the 1980s, when the Chronicle first came to Oklahoma Christian University, President Terry Johnson, Chancellor James Baird and Editor Howard Norton began selecting church leaders from all around the nation to serve on the National Council, a support group to advise and finance the paper.
From Southern California, they enlisted W.L. Fletcher.
In those early days, Fletcher was a lively participant in the discussions of how the Chronicle could reach more people. His positive spirit set the tone for the meetings — and for establishing clear policies to cover the broad perspectives of Churches of Christ.
His wonderful sense of humor often helped reduce the tension in dealing with difficult issues and topics.

When I became the editor of the paper in 1996, Fletcher called to congratulate me. When I asked for his counsel, he urged me to keep holding to the ideals of Christian service taught in the New Testament — and to be open to different ways believers were expressing those ideals.
He is a friend and supporter of the Chronicle. Lynn McMillon, who now serves as editor, says that Fletcher “has long had a clear vision for the Chronicle’s positive role among Churches of Christ. He has supported and encouraged the Chronicle for many years and has helped in the development of the current board of trustees.”
Fletcher also served as a regent of Pepperdine University in Malibu, Calif. In 2000, at the annual Bible Lectures, he was presented an award for his outstanding service.
“If there is a kinder, gentler man, I have not met him,” said Andrew Benton, the Pepperdine’s president. “His love for the Lord is apparent and profound. His example and courageous leadership has changed lives, including mine.”
Like many energetic and creative people, Fletcher’s life has been full. He retired from the Navy as a captain and remained in the Reserves for years. He was a successful insurance executive.
He was the original moderator of the “Know Your Bible” television program. The early program was live, and he commuted from Santa Barbara, Calif., to San Diego by bus for a couple of years to perform his duties. He helped launch the San Diego Christian Foundation, which he chaired from 1972 to 2000.
He served as an elder of the El Cajon Boulevard Church of Christ (1972-2000) and the Northern Hills Church of Christ (2000-2010). In both congregations, Marilyn Fletcher was just as active as her husband.
Recently, W.L. Fletcher was diagnosed with ALS (Lou Gehrig’s Disease). The progression of the disease has necessitated a feeding tube, which has also prompted the couple to move to Ohio to be near one of their daughters and the Cleveland Clinic.
Before the move, the Northern Hills church honored the Fletchers for their many services to the Kingdom. Although W.L. Fletcher was not able to speak, he had a pad where he wrote notes in response to what was going on. His sense of humor was still active, as was his responsiveness to people.
W.L. and Marilyn Fletcher are shining examples of Christ’s spirit. Their daughter, Cynthia Alston, observed about her dad: “He is a lifelong learner. He wears pain incredibly well and has a terrific attitude and will to live. Foremost in my mind is that my father is a servant.”
CONTACT [email protected].