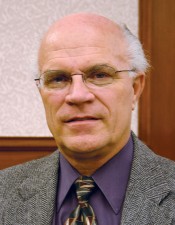 STAFF REPORTS
GUNUNG SITOLI, Indonesia — Dennis Cady knows of mission works that, five or 10 years after the missionary leaves the field, have few remaining converts and “little left standing.”
Such a demise “is unacceptable in Nias,” he said.
Cady, a member of the Faith Village Church of Christ in Wichita Falls, Texas, and a former missionary to southeast Asia, is working to secure a future for Christians on Nias, an island in western Indonesia.
The Starfish Foundation, founded by Cady, works in Indonesia, Haiti and South Sudan.
T. Laiya, a minister in the Indonesian city of Medan, began ministering to souls in Nias’ capital, Gunung Sitoli, in the mid-1970s. In late 2004, a massive earthquake and tsunami in the Indian Ocean devastated the island. An aftershock caused further damage in 2005.
As Churches of Christ provided relief, people listened to the message of relief workers, including Cady. Now the island, about 75 miles long and 25 miles wide, has 83 congregations — seven of which were planted in the past year, Cady said.
Recently, 22 men from 18 of those churches gathered for a one-week spiritual seminar, organized by Indonesian evangelists to mature potential leaders.Colin McKee, a minister in Alabama, taught during the seminar.
Churches also offer vocational training for the people of Nias, including computer, tailoring and cosmetology courses. This year churches plan to add a motorcycle repair course.
Church members also oversee a home for 58 children “from the poorest of the poor in Nias,” Cady said. The College Church of Christ in Searcy, Ark., recently provided a year’s worth of rice for the home. Church members also renovated a dormitory for students sponsored by U.S. Christians.
“When we opened the dormitory in 2005, there were only two young people from Church of Christ families in all Nias going to high school,” Cady said.
Now, 94 high school and university students live in four dormitories funded by church members, he added.