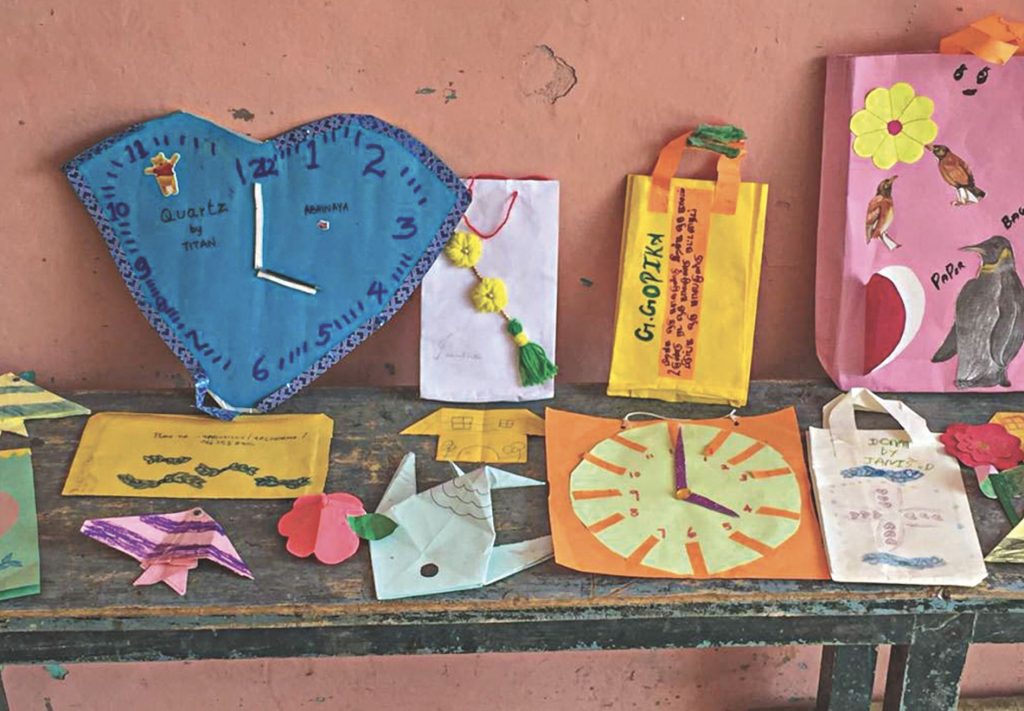 Around the World, September 2019

Kids in the south Indian city of Chennai had a great “Time” at a Vacation Bible School sponsored by the Kilpauk YMCA Church of Christ. Lessons — and arts and crafts, displayed above — focused on biblical examples of time, including the 40 days and 40 nights of rain in Genesis 7 and God’s stopping of the sun in Joshua 10, said evangelist David Martin. 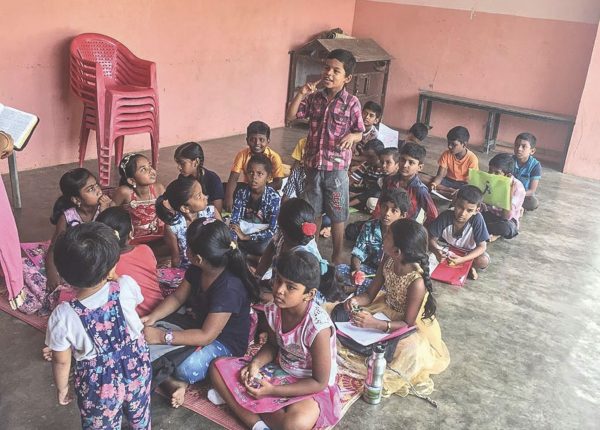 Children participate in one of the Vacation Bible School classes at the Kilpauk YMCA Church of Christ.

The six-day VBS included trips to a children’s park and a planetarium. Church members fed lunch to the 86 children who participated. And, of course, “snacks were provided,” Martin said. 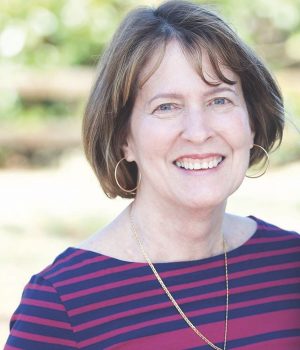 RIO DE JANEIRO— “Overcoming Worry” was the theme of a ladies’ tea hosted by the Jacarepaguá Church of Christ. Sixty Christian women attended.

“In addition to the main speech, the ladies divided up into groups to discuss how to put this into practice,” said Connie Zinck, who has served in Brazil with her husband, Larry, for 39 years.

LYON — The people of Europe, including missionaries from Churches of Christ, endured a record-breaking heatwave, with temperatures in France cresting above 100 degrees Fahrenheit for at least seven days.

“Like most French, we don’t have air-conditioning, so it got up to about 86 degrees inside our house,” said missionary Arlin Hendrix. “Luckily, we didn’t have overnight guests those days.”

Hendrix and his wife, Pamela, did host multiple visitors this summer. One of them was Barbara Kee, who made her first trip back to Europe after her husband, Doyle, died in January. The Kees served for 47 years in Geneva, Switzerland. Barbara Kee visited along with her daughter, Bonnie, son David and daughter-in-law Paige. It was “warm fellowship on a hot day,” Pamela Hendrix said.

BORONGAN — Evangelism in this city of 70,000 souls, the capital of the Philippines’ Eastern Samar province, has resulted in 34 baptisms, said missionary Daniel Hamm.

“We have entered into many villages, conducting Bible schools,” Hamm said. Hamm Missions has provided materials to renovate a meeting house for Bible studies and funds for medical care for two church members. The Walnut Grove Church of Christ in Benton, Ky., oversees Hamm Missions.

Schitu Golești — “The Importance of God’s Distinct Gospel in a Confused Religious World” was the title of Harvey Starling’s sermon to the Church of Christ in this Central European town. Thirty people attended the Sunday worship.

The church began 12 years ago and met in a rented storefront until members constructed a meeting place two years ago. Ben and Joyce Honeycutt from Jonesboro, Ark., provided funds for construction.

Starling makes regular visits to Romania and works with seven congregations there through a ministry sponsored by the Midway Church of Christ in Madison, Ala.

MBEYA — Minister Samuel A. Mwakasungula studies the Bible with spiritual seekers in person and online through an email correspondence ministry. However, many Africans don’t have reliable access to computers or email, he said.

But they have cell phones.

So the minister started preaching the Gospel through the text messaging program WhatsApp. One of his first students was from Kisarawe, a predominantly Muslim district of Tanzania’s biggest city, Dar es Salaam. More students followed, including some in the Democratic Republic of Congo, so Mwakasungula set up an “International Bible School” group within the app.

As the ministry grew and text questions from students multiplied, Mwakasungula recruited a fellow minister in Zambia to help manage the group.

He ‘always made everyone feel special’

SINGAPORE — Christians in this Southeast Asian city-state and around the world mourn the death of Brandi Kendall, a longtime missionary and missions teacher for Churches of Christ. 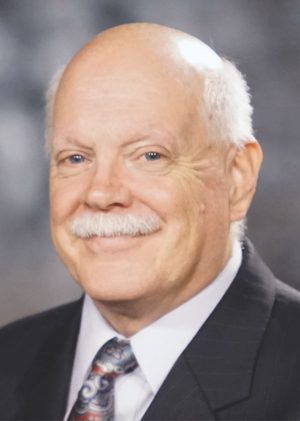 He was dean of ministry training, Southeast Asia, for Texas-based Sunset International Bible Institute and was traveling in Asia when he began suffering from severe bronchitis.

Coronary episodes followed, so he returned to the U.S. for surgery.

The Oklahoma City native began his career as a draftsman but soon found his calling in ministry. He earned a bachelor’s and master’s in theology and ministry and a master’s in spiritual formation.

He graduated from the White’s Ferry Road School of Preaching in Louisiana in 1984. He and his wife, Penny, attended the Sunset School of Missions. For 37 years, the couple taught, encouraged and mentored believers in the U.S., Russia, Estonia and Singapore, where Brandi Kendall served as director and academic dean of Sunset’s associate school.

“Their warmth and love left none untouched,” wrote Grace Mariaraja of Singapore in a legacy.com post. “Brandi always made everyone feel special, and I always enjoyed his fatherly hugs, his twinkling, smiley eyes and his famous words, ‘Put your name there.’

“His going has torn many hearts, but the joy that awaits him, and eventually us, comforts me.”