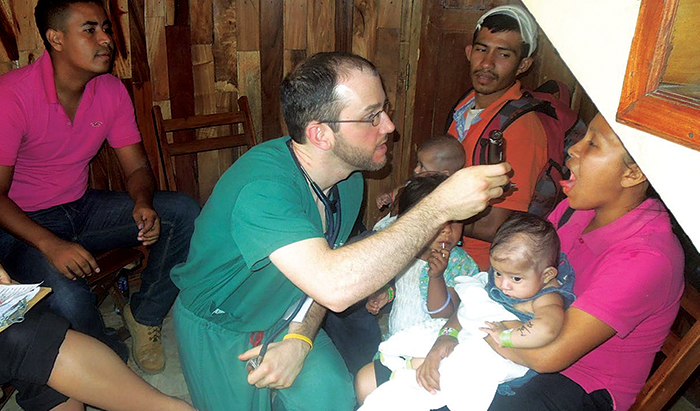 Around the World, September 2014

Staff Reports
ARGENTINA
BUENOS AIRES — Even the World Cup can’t stop a young church in this South American capital from growing ­— but it can disrupt Sunday worship.
Argentina’s national team had matches twice on Sunday afternoons as it advanced to the final round against Germany. The games coincided with services at a congregation planted in the La Plata area, missionary Joel Banks said.
“Despite these minor problems, the group … continues to grow in enthusiasm as they meet to praise God and learn from his Word on Sunday afternoons,” Banks said. The church meets in a member’s apartment and is in need of more space.

BELIZE
COROZAL — Edward Pratt, a minister from the Bahamas and graduate of the Jamaica School of Preaching, is working alongside evangelist Luis Pedraza in the northern tip of this Central American nation.

Pedraza, a native of Cuba, has launched a Spanish-language congregation in Corozal and is working with an extension program of the Jamaica School of Preaching.
He also is making inroads among Spanish speakers in southern Mexico and Guatemala, Pratt said.
Recently, Predraza taught Christian counseling to a group of school teachers in Corozal at the request of the country’s education officials. He used the NewLife Behavior Ministries curriculum developed by H.M. Motsinger.
Both ministers need support to continue the work, Pratt said. For more information, see jspmona.org.
LITHUANIA
MOLETAI — Eighty children from across this European nation on the Baltic Sea played games and learned about Christ at Camp Ruta. Thirty Christians, including six from the U.S., served as counselors. Ministers Juozas Puodziukaitis and Ilia Amosov said they were pleased that, each year, increasing numbers of Lithuanian Christians present Bible lessons at the camp.
NICARAGUA
DIRIAMBA — A medical mission team of 93 Christians, representing 19 congregations across the southeast U.S., treated more than 2,000 patients in this Central American town, west of Managua. The team also cleaned the teeth of 156 dental patients, filled more than 6,000 prescriptions and gave out more than 600 pairs of eyeglasses. Nicaraguans also received 720 dresses — handmade by the members of five U.S. congregations.
Ministers from Nicaragua and the U.S. conducted evangelistic services each night. Twenty baptisms resulted. Church members reported the results in EncourageNet, a publication of the East Ridge Church of Christ in Chattanooga, Tenn.