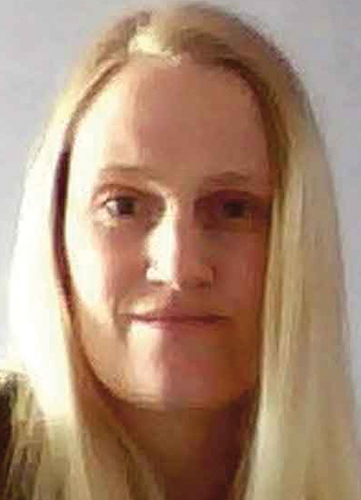 Around the World, October 2015

Staff Reports
HONDURAS
TRUJILO — Members of a medical mission to this Central American city said they were blessed as they blessed people in underserved communities.

Eleven Christians, representing nine congregations in five U.S. states, served in a medical brigade coordinated by Little Hands, Big Hearts, a ministry supported by Churches of Christ. The mission focuses on special-needs children and their families.

In addition to treating nearly 400 patients in three days of rural health clinics, the team hosted a clinic at the newly opened Little Hands Health Center, funded in part by a grant from the Ezell Foundation.

“I was blessed to see how the mission reached out in such a holistic way to serve the children and community,” said team member Dr. Michelle Danielson, a pediatrician from Helena, Mont.
Panama
EL VALLE DE ANTóN — Owen and Lauren Mitchell traveled to this Central American nation to teach a “Dynamic Marriage” seminar for the El Valle Church of Christ.

Four couples, who had been together for a combined 75 years, then decided to be legally married under the laws of Panama to be good examples for their children and their community, missionaries David and Lisa Carter wrote in a recent report.
sweden
Stockholm — Saying you’re a Christian in Sweden doesn’t necessarily mean you believe in Christ.

Opoku
Nearly two-thirds of this Nordic nation’s 9.4 million souls claim to belong to the Church of Sweden, a Lutheran denomination, according to a survey conducted by the church. But only 15 percent of the church’s members believe in Jesus, the survey found, and only about 400,000 said they attend church at least once per month.

For the past 10 years, a small Church of Christ has met in the home of George Opoku, a native of the West African nation of Ghana, and his wife, Gabrielle, a Swede. With only 11 members, the church struggles to survive.

“The challenge is that people here are not interested and find it difficult to trust God,” Gabrielle Opoku said. The couple asks for missionaries and evangelists willing to work with the church as it seeks to reach its increasingly secular society.
THAILAND
BANGKOK — Christians in this Southeast Asian capital asked for prayers after a terrorist attack at the busy Erawan shrine that claimed 20 lives.

Thailand’s national police chief said the bombing was retaliation by human traffickers who smuggle ethnic Uighurs, an aggrieved minority in western China, into Thailand. Earlier this year Thai authorities deported about 100 Uighurs back to China.

“We’ve been overwhelmed by all of your sweet words and prayers for us and for the people of Thailand,” missionaries Gary and Michelle Ford said in a message to supporters. “Please continue to pray for those injured and for those who have lost loved ones in the bombing.”
VIETNAM
CAN THO — Mike Tune teaches Bible class in this Southeast Asian city — from his home in Falls Church, Va.

Tune, minister for the Church of Christ in Falls Church, speaks to the young congregation through Skype, the telecommunications program.

He begins teaching at 10 p.m. Saturday night in Virginia, which is Sunday morning in Vietnam.