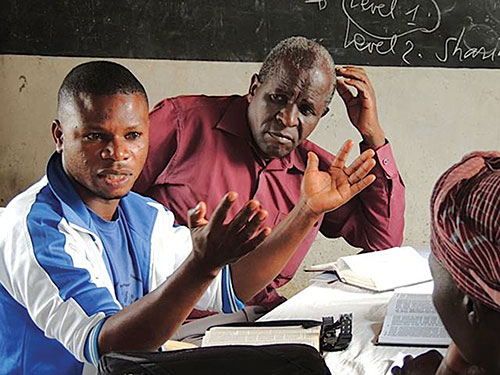 Around the World, October 2014


The young team members from Arkansas “visit Sofia every year and have already established quite a few friendships and acquaintances with young people in Bulgaria,” Arnaudov said. As a result, several young Bulgarians attended this year’s seminar — on the topic “Outlive Your Life.”
Speakers included Brian Robins, Rick Odell, Jeff Shepherd and Arnaudov.

TALLINN — About 180 children and adults from this northern European nation — plus the U.S., Canada, Russia, Israel and India — were “Standin’ in the Need of Prayer” at the 20th Baltic Christian Youth Camp, also known as “Balchyoca.”
Konstantin Zhigulin, a church member and composer in Russia, led the song and other favorites, including “Heaven is in my Heart,” during the camp.
“We learned new songs, refreshed the old ones and tried to cultivate children’s love of singing to God,” Zhigulin said. 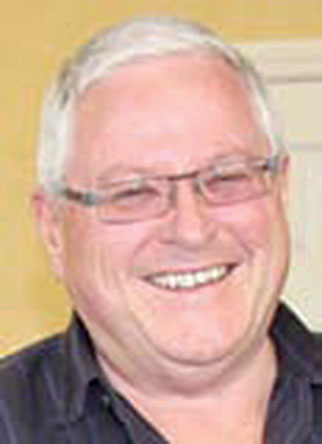 Austin SUVA — Mike Austin taught the Gospel of John to five congregations in this island nation of the South Pacific during a recent trip. Austin, who works with South Pacific Bible College in Tauranga, New Zealand, also traveled to American Samoa, where he taught conflict management for three days during the ninth annual South Pacific Lectureship.

GALMAN DU PLAA — Though not as dangerous as the Ebola virus, the Chikungunya virus has caused widespread suffering across this Caribbean nation — and has disrupted students’ lives at the Center for Biblical Training, near Cap Hatien.
“Many of the students, their families at home and their churches have suffered,” school officials said in a recent report. Though rarely fatal, symptoms of the virus — which is transmitted by mosquitos — include a high fever, a full-body rash and joint pain. After the students recovered, “they struggled to catch up in their classes and not to be consumed with worry for the folks back home,” the report said.

HAIFA — The recent fighting in Gaza claimed the life of at least one Jewish disciple of Christ, said minister Joseph Shulam.
Shai Kushnir, 20, a first sergeant in Israel’s military, died during operations near the Gaza border.
Kushnir was a member of the youth group of a congregation of Messianic Jews near Haifa. The church is a sister congregation of Netivyah, a Jerusalem-based ministry of Jewish disciples of the Messiah led by Shulam, who is supported by members of Churches of Christ.

ANCONA — Titus Robison and his family recently completed a mission trip to Italy, working with Churches of Christ throughout the country.
In the Marches region, they assisted with the church-run “Momenti sul Monte” (“Moments on the Mount”) Bible camp, attended by 50 children, ages 6 to 17, and the “Il Discepolato” (“Discipleship”) weekend retreat for ages 18-30, which had 27 attendees.
“Several children and young adults went back home telling us how much the time together meant to them,” Robison said.