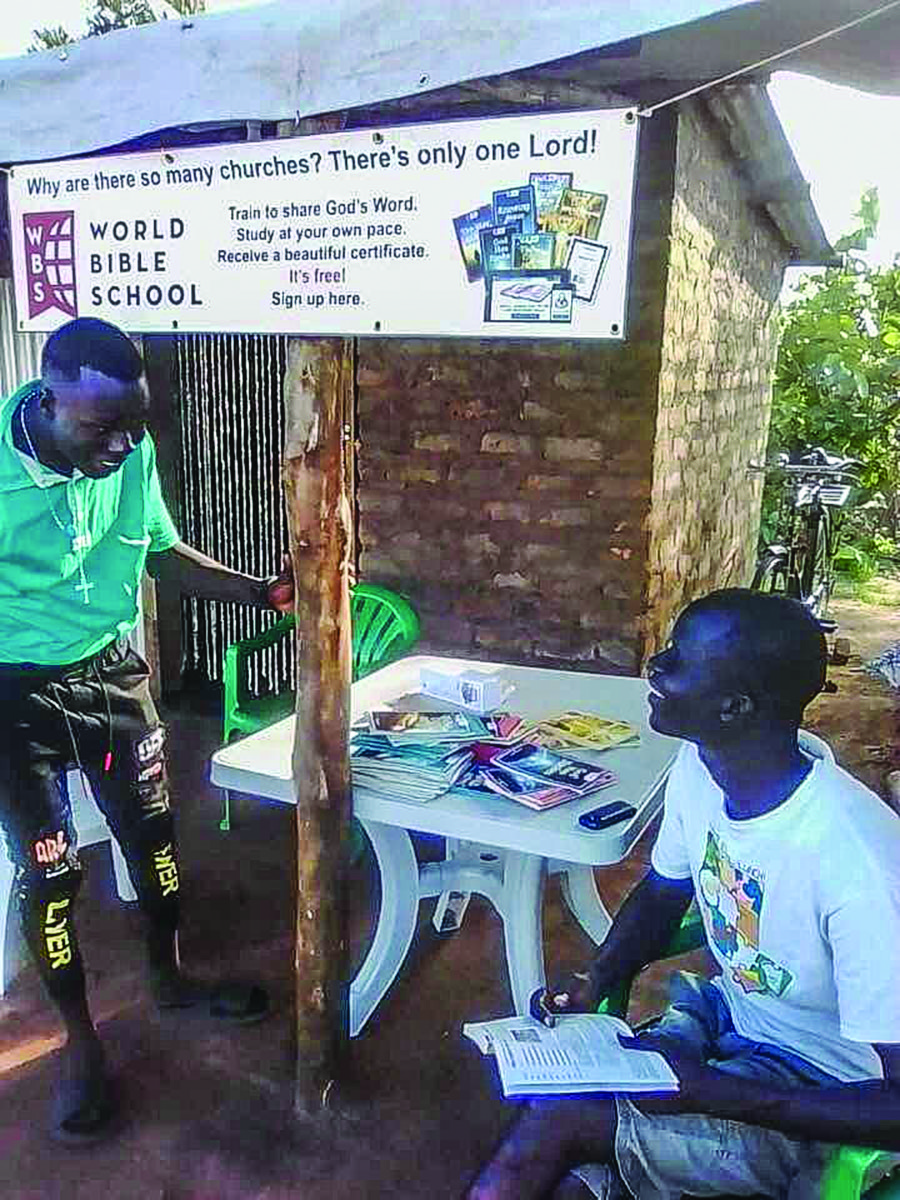 Around the World, November 2019

Featured photo (above): In the East African nation of Uganda, people in the Palabek settlement camp are learning about Jesus through World Bible School. Minister Taban James recently signed up 120 people for the correspondence program, which is associated with Churches of Christ. Many have decided “to change from the doctrine of men to the church established by Christ,” James said. The settlement differs from refugee camps in that its refugees, who are mostly from South Sudan, live side by side with Ugandans, relief agencies report. 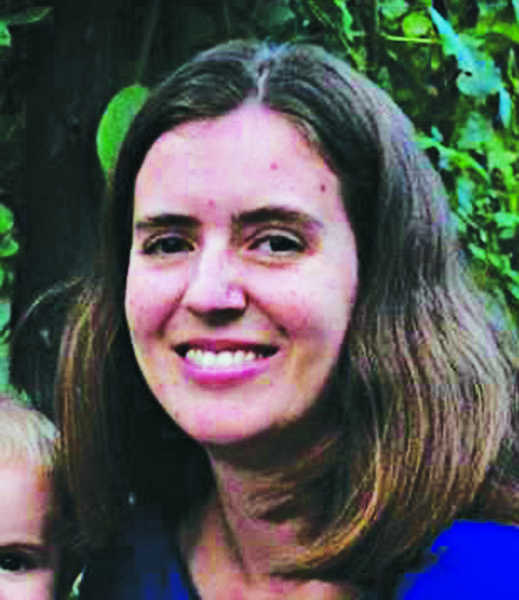 HUAMBO— More than 100 women in this southern African nation gathered for the National Women’s Conference for Churches of Christ in Angola. The Kapango Church of Christ hosted the event.

“They brought their own food as well as clothes with which to bless the community,” said Katie Reese, who serves on the Angola Mission Team. “They learned songs and greetings in the local language. Each day they walked through the neighborhood, inviting people to the afternoon Bible teaching.”

SOFIA— Thirty years after the fall of the Iron Curtain, it’s still very difficult to reach hearts in this Central European nation and “to help them get to know God, experience his love and believe in him,” said minister Hristo Arnaudov.

After 45 years of communism and atheism, Bulgarians are “unable to shake off its chains and freely accept the Word of God and his love,” said Arnaudov, who trained for ministry in Athens, Greece, and ministers for Churches of Christ in his native country.

Despite the challenges, the church in Sofia reports two recent baptisms. The church hosts summer camps and a Bible seminar with speakers from the West Ark Church of Christ in Fort Smith, Ark.

ATHENS— A group of refugees from the Middle East, living in a camp in this European capital, was assaulted by militant Islamists “for their emerging faith in Jesus,” Missions Resource Network reports.

Churches of Christ and ministries across Athens have served, studied the Bible with and baptized refugees.

The refugees were severely beaten and were moved to a different camp, according to Missions Resource Network, which sponsors the MedRim Initiative, a disciple-making movement among the refugees.

The ministry asked for prayers for “quick healing … both physically and emotionally” for the victims, and that “their young faith will be protected and that the Kingdom will come as a result of their witness.”

MUTARE— Churches of Christ in Manicaland, the easternmost province of this southern African nation, have endured poverty, drought and a recent tropical cyclone.

“People there are suffering from a humanitarian as well as a spiritual crisis,” said Dr. Steve Lemons, chair of the missions committee of East Point Church of Christ in Wichita, Kan. Nonetheless, Churches of Christ in Manicaland have developed an ambitious plan to provide foster homes and care for 250 orphans.

“Unfortunately, the local churches lack the money and other resources to support the children,” Lemons said.

The East Point church works with the Zimbabwe Orphan Project, which supports about 650 orphans across Zimbabwe. The project seeks to raise $100,000 per year to support the churches’ work in Manicaland.

JOÃO PESSOA— When he was 9 years old, before he knew much about Churches of Christ, Adriano Freire got a gift from his cousin — a CD by the music group Acappella.

He promptly wore it out. And his passion for four-part harmony was born. 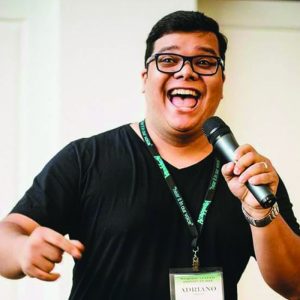 Freire, now 32, is an evangelist for the Mangabeira Church of Christ, which meets near the easternmost tip of Brazil. In addition to his work with the 8-year-old, 40-member congregation, he’s a professor for a ministry apprenticeship program associated with Texas-based Adventures in Missions.

“It is our dream to see the church in Brazil singing with spiritual fervor and excellence to our God,” he said, “and to learn four-part harmony. This is a hard task.” (Most Brazilians come from a Catholic background and don’t have a lot of practice harmonizing, he explained.)

In 2015, Freire launched Cantares, a ministry that trains worship ministers and the congregations they serve. He has worked with churches in nine Brazilian states (with the 10th planned for next year) and Bolivia. He has translated and arranged songs from Acappella’s “Praise and Harmony” albums for Portuguese singers. He seeks additional support for the work. 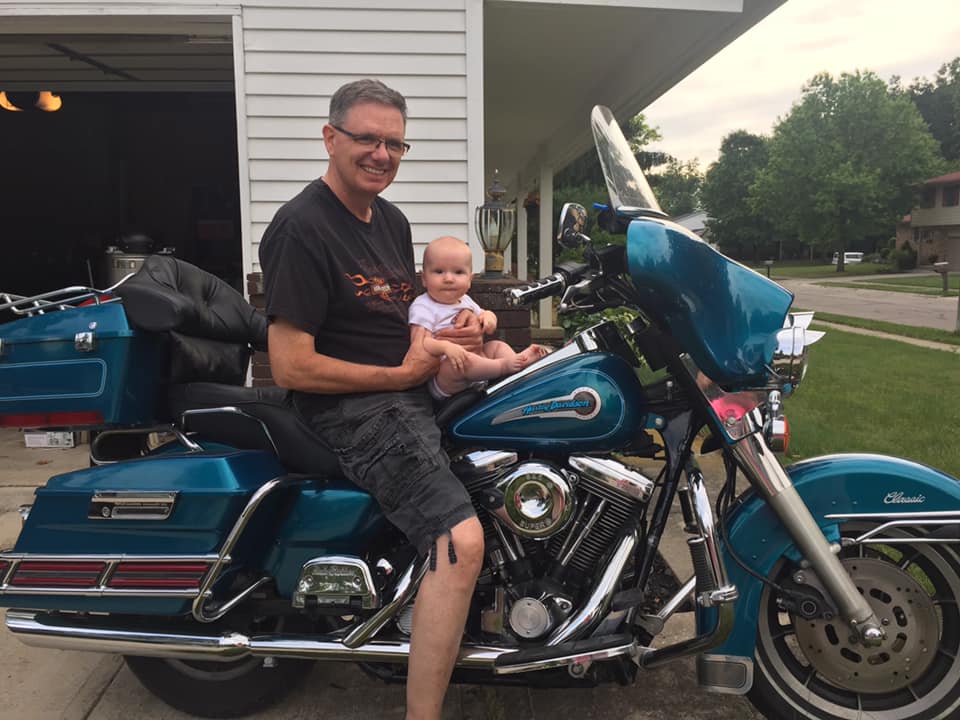 When Keith Ball left for India earlier this month, his…