Around the World, November 2015

Staff Reports
BAHAMAS
NASSAU — While the Bahamian capital was spared from the devastation of Hurricane Joaquin, the storm “has caused enormous damage to homes and infrastructure in the Bahamas family islands to the south,” said Adam Williamson.

Williamson and his family, natives of Burlington, Wash., live in Nassau and serve the Westridge Church of Christ. The couple launched a Gofundme.com page to raise funds for relief efforts.

The Church of Christ that meets on Long Island in the Bahamas sustained extensive damage to its building, said David Caskey, longtime missionary to the islands. Bahamian Christians are organizing efforts for relief and rebuilding.

“I am so proud of our brethren in the islands,” Caskey said, “and the way they are taking the lead to reach out to those in the southern islands.” To contribute: gofundme.com.
GUATEMALA
GUATEMALA CITY — A recent mudslide devastated a community in Santa Catarina Pinula, a municipality just south of Guatemala’s capital. The disaster killed more than 220 people, with about 350 more missing, and buried about 125 homes.

Missionaries, including Hawatthia Jones and Byron and Snezana Benitez, ask for prayers as they assess needs and endeavor to help survivors.
LATVIA
RIGA — Christians from England, India, Russia and the U.S. traveled to this small East European country to teach the Gospel of Luke to children in orphanages.

“Hearts, minds and lives were influenced for Christ,” Victor Barviks, minister for the Riga Church of Christ, said of the recent Camp Hope. “Kingdom seeds were planted.”

Latvian church members coordinated the two camp sessions with assistance from Mark Niehls, an elder of the Chesmont Church of Christ in Pottstown, Pa.
MALAWI
LILONGWE — “Success beyond imagination” is how directors of The Malawi Project describe a recent effort to collect pill bottles for the southern African nation.

“This massive outpouring of support gives us the opportunity to offer prescription containers to every one of the 700 government-run medical facilities in the nation,” said Byron Bhagwandin, the Malawi Project’s president. The nonprofit seeks funds to help ship the containers to Malawi. See malawiproject.org.
ZAMBIA 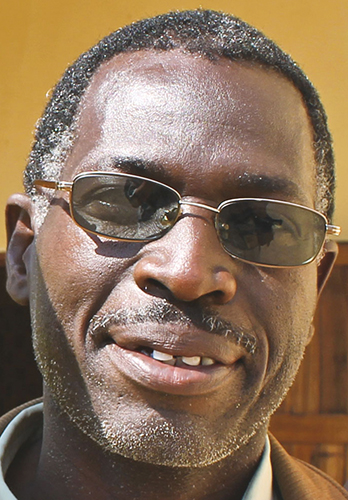 Mhango
LUSAKA — A car crash near the town of Mazabuka in this southern African nation claimed the life of longtime church leader Rabson Mhango. An elder of the Chilenje Church of Christ in Lusaka, he was a proponent of African-led evangelistic efforts and coordinated the Africans Claiming Africa for Christ conference in Lusaka in 2012.

“He was truly a wonderful godly man who has been a faithful servant of the Lord,” said Beth Reese, former missionary in Zimbabwe and South Africa. “He was greatly respected, not just in Lusaka, but throughout Zambia and Africa.”