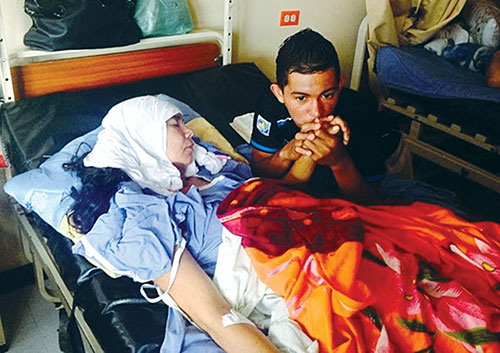 Around the World, November 2014

Staff Reports
BOLIVIA
SUCRE — A mission team in this South American capital asked supporters in the U.S. to participate in 60 days of prayer and fasting as they collected funds for their first church building.

The team, which has served in Sucre for seven years, also asked participants to send brief notes about their experiences as they fasted, to be read during the church’s Sunday services.
Churches that support the work include the South Gate Church of Christ in San Angelo, Texas, and the Center Street Church of Christ in Fayetteville, Ark.
CUBA

SAN ANTONIO DE LOS BAÑOS — After a year of meeting together for worship, members of a small congregation in this Cuban town, about 30 minutes southwest of Havana, have a meeting place.

For more than a year, the church met in members’ homes — and even a garage, said church member Jesús Manuel Blanco. The congregation has 10 members and regular visitors who are studying the Bible, he said.
EL SALVADOR
LA LIBERTAD — The Agua Escondida Church of Christ hosted an outdoor gospel meeting, with hopes that neighbors would hear the Good News. About 80 people attended, with at least 12 visitors each day, organizers said. One attendee committed to return to church after a two-year absence.
The Agua Escondida congregation began in 2010 as a church plant of 27 Christians from nearby Zaragoza. The church now has 51 members and is constructing a building to seat 100 for worship.
NICARAGUA
LEON — Seventy-five underprivileged girls in this Central American city felt “beautiful in God’s love,” said church member Dee Ann Scott, thanks to “pillowslip dresses” made by women of the Crosswinds Church of Christ in Jackson, Tenn.
Scott and 27 fellow Christians from Tennessee distributed the dresses during a weeklong medical mission, hosted by the Nicaragua Christian School. Church members treated more than 2,000 patients through medical, dental and eye clinics and invited them to nightly gospel meetings. Two patients were baptized.
Elementary school students at Jackson Christian School in Tennessee donated 370 handmade loop bracelets for the patients. The Soddy Daisy Church of Christ in Tennessee sent more than 1,500 bead bracelets with “God’s story” written in Spanish, Scott said.
THAILAND
BANGKOK — Gary and Michelle Ford recently reached the one-year mark of living and working as missionaries with the Somprasong 4 Church of Christ in this Southeast Asian capital.
In recent months, the couple worked with interns from Abilene Christian University in Texas as they taught English using the Bible and worked with a ministry serving people in a district of Bangkok known for sex trafficking and prostitution.
“We’re so thankful for all that we’ve been able to be a part of and for all of the great relationships that we’ve been able to form,” the couple told supporters.
ZAMBIA
KITWE — No cell signal? Praise God!
Evangelist Kennedy Mukuka was thankful for the unreliable cell phone service 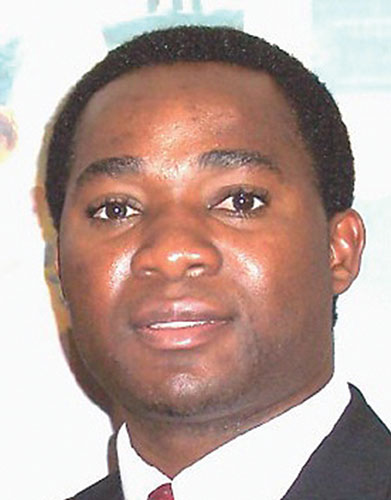 Mukuka
during a recent conference, titled “Men on Fire: Fostering Christian Unity,” at Mwekera Forestry College on the outskirts of Kitwe. About 130 men from across this southern African nation attended the conference.
“While at the meeting, we could not easily communicate with our families,” Mukuka said, “leaving us with no option but to fully concentrate on sharing the Word, singing and praying.”
By the end of the conference, seven men had rededicated their lives to the Lord, Mukuka said.