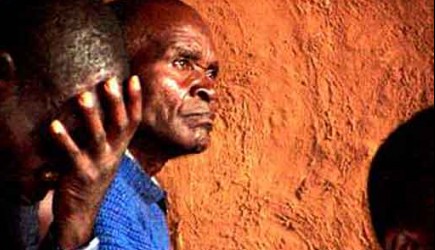 Around the World, November 2010

Erik Tryggestad
Spreading the Gospel in war-torn Congo
The Road 68 Church of Christ in northwestern Zambia sponsored — and financially supported — a seminar for preachers recently. Among the attendees were 12 church leaders from the Democratic Republic of Congo.
Participants heard lessons in English and French on the theme of “Jesus — King, Savior, Bishop, High Priest and Teacher.” Bruce Wooley of the Brainerd Church of Christ in Chattanooga, Tenn., was the guest speaker. His wife, Becky, volunteered with the local elementary school during the seminar, said Neal Coates, a member of the Hillcrest Church of Christ in Abilene, Texas.
The Road 68 church meets in the Meheba Refugee Camp, home to about 90,000 refugees, most from the Democratic Republic of Congo, or DRC. An estimated 3 million people died — from bullets, disease and malnutrition — during the DRC’s civil war. Violence continues in the war-torn nation.
A few years ago, Zambian churches sent evangelist Leonard Mujala to minister to refugees in the camp. In 2005, Chief Mumena of the Kaonde people offered a facility vacated by a development agency to Churches of Christ as a church-planting base among his people.
Mujala and his wife, Mary, now serve on a mission team in the region, which includes Brian and Sondra Davis. The Hillcrest church supports the Davises.
See a related blog post.
{{MAP}}
CROATIA ZAPRESIC — “To Be Like Jesus — Maturing Through Spirituality” was the theme of the 41st annual Croatian Bible Camp, said Ivan Tesic, an evangelist in Zapresic.
About 90 church members met for the camp on the island of Ugljan in the Adriatic Sea. Daniel Napier, a teacher at a Bible institute in the Croatian capital, Zagreb, was the guest speaker.
The Longmont, Colo., church has sponsored Tesic and his wife, Ruth, since 2000 and seeks a congregation to take over the work. For more information, see www.longmontcoc.org or call (303) 776-2625.
{{MAP}}
INDIA GUNTUR — Four congregations in this southern Indian city sponsored a gospel meeting recently.
About 350 people attended, and 56 people were baptized, said missionary Ron Clayton, the guest speaker. Most of the respondents “received considerable teaching before they attended this meeting,” Clayton said. Indian ministers M.J. Vijay Kumar and P. Daniel assisted.
Indian Christians also conducted meetings in Emmanuelpet and Mangalagiri, with 36 and 29 baptisms respectively, Clayton said.
{{MAP}} PANAMA LOS LOMAS — A team of 79 Christians treated patients and preached the Gospel in this Central American city.
Latin American Missions, a ministry of the Forrest Park Church of Christ in Valdosta, Ga., coordinated the trip.
Teens played important roles on the trip, members of the St. Augustine, Fla., Church of Christ told the St. Augustine Record. Desiree Kinlaw and Bryce Minor treated patients for lice, and Trevor Dees worked with evangelistic teams and helped with classes for children. The teens attend the St. Augustine church.
{{MAP}}
PERU IQUITOS — Helmut Garcia and Luis Juarez, Christians in the Peruvian capital, Lima, led a team on a 40-day mission trip into the jungles of the Amazon.
The team taught Bible lessons and built a sidewalk for the church in Iquitos. The group also traveled to Requena and worked with a 30-member congregation. Bonnie Ruiz, a Christian from Mississippi, conducted a conference for Christian women.
The team baptized a man who asked them to visit his village — Tamanco — a 25-hour trip from Iquitos by boat, Garcia said.
{{MAP}}
PHILIPPINES MARIKINA — Outreach by the Friendship Road Church of Christ in this Manila suburb has resulted in a new church plant, said Danni de Vera of Metro Manila Ministries. The ministry operates a tutorial center at the Friendship Road church. The center teaches children ages 3 to 6 reading, math and moral values from the Bible, de Vera said.
Through the tutorial center, church members made connections in Balubad, a relocation area for “squatters” living in Manila, de Vera said.
“As a result of this mission work, we were able to plant the Lord’s church in this area,” de Vera said. “The majority of our brethren in this place are parents and relatives of children who studied on our tutorial center.”
The new church meets in a rented facility sponsored by Metro Manila Ministries.
{{MAP}} RWANDA RUTARE — Church members organized “prayer walking” teams and Bible teaching teams in this village in southwestern Rwanda. Joel Reed, a board member for Missions Resource Network, and his family participated and organized activities for children during the visit.
“We were gratified that the leaders of the village church that hosted us … were very confessional about their lack of prayer for their non-Christian neighbors,” said Sam Shewmaker, Mission Resource Network’s facilitator for African church planting. “They pledged to renew their commitments to pray for and to serve the needs of their community.”