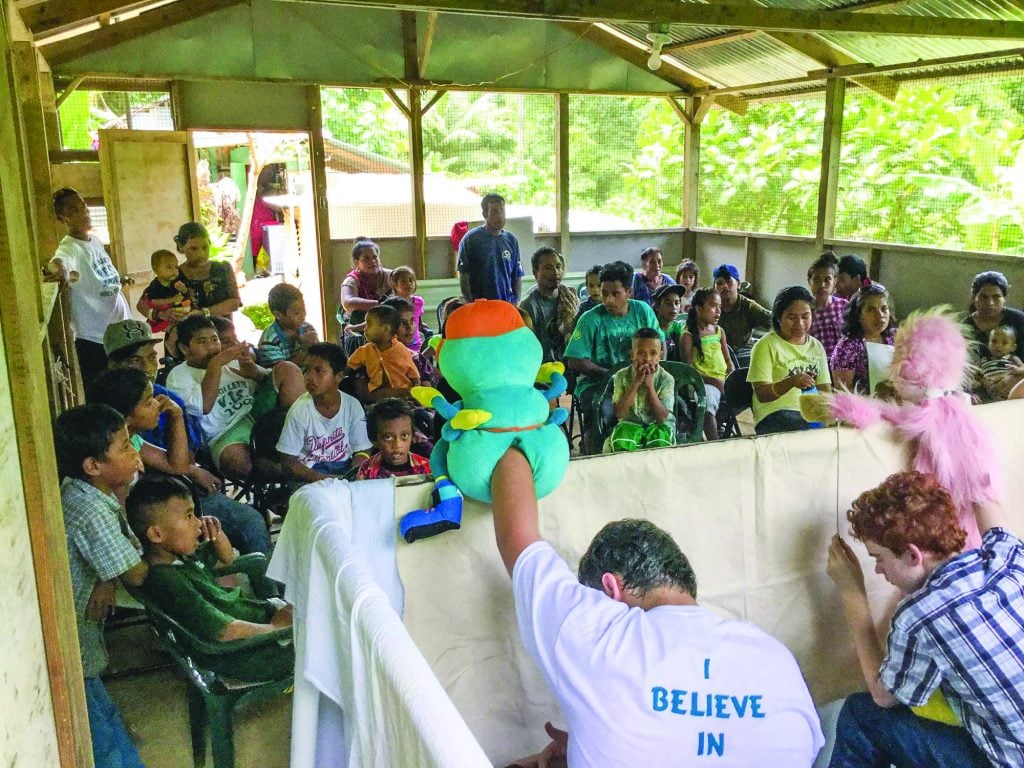 Around the World: Micronesia meets Ant-onio and Bob — and learns of Christ’s love

FEATURE PHOTO (above): Children on the Pacific island of Pohnpei are introduced to two friendly puppets, Ant-onio and Bob, brought to life by brothers Spencer and Connor Parker during a vacation Bible school hosted by the Madolenihmw Church of Christ. 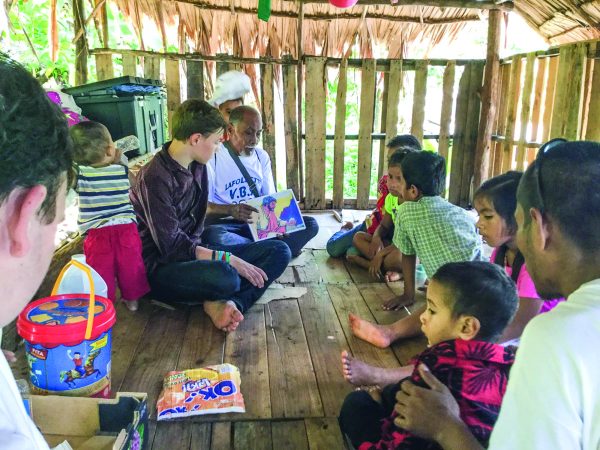 “Most had never even seen puppets,” said the boys’ mother, Kristi. “We thought we’d have some who were afraid, but nope — not a one!” (Find links to videos of the children singing “Jesus Loves the Little Children” and “I’m Happy Today” along with the puppets in the Pohnpeian language at christianchronicle.org.)

Kristi Parker serves with her husband, Wayne, in the Federated States of Micronesia. The nation of 105,000 souls, spread across 600-plus islands, has small Churches of Christ in the states of Pohnpei, Chuuk and Kosrae, plus a few baptisms on the island of Yap. See www.parkersinthepacific.com. 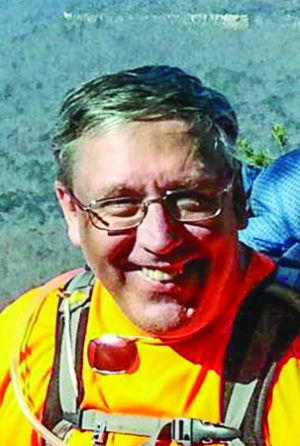 Even three months can be a blessing, added Carter, who serves Churches of Christ in this Central American nation along with his wife, Lisa.

A longtime friend of the Carters, John Giesmann, traveled to Panama with a mission team from the Christian Student Center at Mississippi State University. Giesmann, a recent retiree and member of the Starkville Church of Christ, stayed after the team returned home. He assembled bunk beds for a mission center, delivered gifts to a remote village, taught Bible classes and led worship for the El Valle Church of Christ.

“I didn’t even mind when he accidentally cut the cord off my saw,” David Carter joked.

He hopes that “other old-timers out there, who might be tempted to think that mission trips are only for young people,” will consider dedicating a few days — or a few months — to overseas work.

BUENOS AIRES — Abortion is illegal in Argentina except for victims of rape or to save the life of the mother. 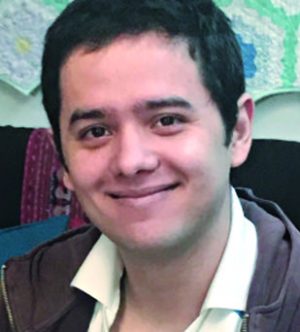 Recently, however, the country’s Chamber of Deputies approved a bill that would legalize the procedure through the first 14 weeks of pregnancy — a sign of Catholicism’s declining influence in the South American nation, commentators said.

“We are fortunate to have Christian professionals,” said missionary Joel Banks, “who can provide insight that young people need and are asking for.” 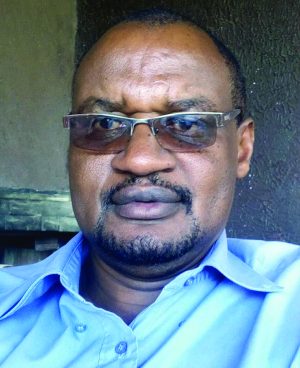 Charles Cheruiyot, a longtime minister in Eldoret, Kenya, took small-group facilitators from his congregation and from the towns of Makueni and Nakuru to Limuru, northwest of Kenya’s capital, Nairobi, for the training.

The churches use small-group ministry as part of Celebrate Recovery, a program offered by Churches of Christ around the globe that helps people struggling with hurt, pain and addiction.

In this island nation, the Moulmein Church of Christ meets in a newly rebuilt building in a growing medical hub. Administrators at a nearby hospital recently asked if church members could meet and pray for their patients. The church sent two teams to sing for, chat with and pray for patients and their families.

“One of the most touching encounters had to be a Muslim mother who was weeping away while we prayed for her very sick son,” church members wrote in a recent report. “Christ’s love breaks down racial, cultural and even religious barriers.”

The mission purchased four pigs to teach preaching students in the West African nation a trade and “to sustain the work in the Kloto region and other parts of Togo,” Gley said.